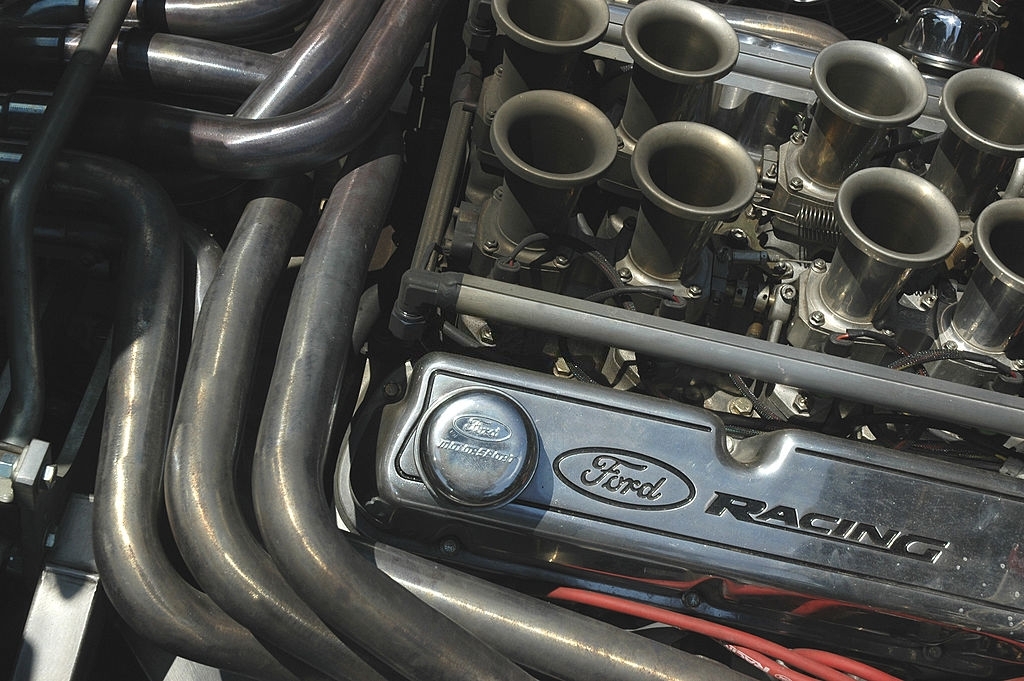 You love driving your Ford F150, and cannot imagine owning another truck. However, recently you’ve been having some issues with the engine that need attention immediately. If you find yourself in this situation, you’re probably wondering: “how much does it cost to replace an F150 engine?”

Below, we’ll discuss more information on replacing your Ford F150’s engine. Keep reading to learn all you need to know about this crucial repair.

How Much Does It Cost to Replace an F150 Engine?

An engine replacement is one of the biggest, most expensive vehicle repair jobs there is. For this reason, it comes at a significant cost.

Whether it’s best to have your engine replaced professionally or do it yourself depends on your situation. Replacing an engine is not an easy job, but you may be able to take it on if you have the right skills and experience.

Below, we’ll discuss the cost differences between professional and DIY F150 engine replacements.

How Much Does a Professional F150 Engine Replacement Cost?

In general, replacing an engine will take a professional mechanic anywhere between 6-13 hours. In cases of severe damage, it can take up to 20 hours.

Most shops charge between $75-$125 per hour for labor, so the total labor cost can vary significantly. The table below will highlight what you should expect to pay for labor.

You’ll often have the choice of working with either the dealership or an independent shop for your engine replacement.

While the Ford dealership will likely be more expensive, they’ll probably offer a better warranty. Before you choose who to work with, make sure to ask anyone you get estimates from about the warranties they offer.

How Much Does It Cost to Replace an F150 Engine Yourself?

Replacing an engine is not a job for a beginner mechanic. However, if you have a good level of skill and experience, you may be able to save money by performing the replacement yourself.

Replacing the engine yourself cuts out labor costs and other fees. You’ll need to purchase the replacement engine and any tools needed for the job, but that’s as far as your costs go.

The price of your replacement engine can vary significantly, based on factors including

However, a DIY engine replacement on your F150 will generally cost anywhere from $1,700-$4,400 total. Below, we’ll highlight the average cost of a replacement engine based on your vehicle’s model year.

If you’re looking for refurbished engines, eBay is your best bet. If you’d prefer to install a brand-new replacement engine, your local auto parts store or Ford dealership will be able to help you.

While browsing replacement engines, you may hear the words “short block” and “long block” quite often. But, what is the difference between the two?

“Short block” and “long block” refer to the parts included in a replacement engine. As the name suggests, a short block engine includes fewer pieces than a long block engine. Each option comes with pros and cons, which we will discuss below.

While the exact parts included vary by manufacturer, they’ll generally have the following pieces pre-installed in the engine block

Occasionally, short blocks will also include the camshaft and timing gear. They come machined, balanced, and assembled, ready for positioning into your vehicle.

It’s often best to get a short block engine if you want more choice over external parts. For example, they’re often ideal if the internal parts of your engine are damaged but the external parts still work well.

The best thing to invest in is a high-quality cylinder head, which can significantly improve your engine’s performance.

Like short blocks, the parts included in a long block vary by manufacturer.

At the bare minimum, however, they’ll include the following parts with the engine block

Usually, long blocks will also include the camshaft and valve train. Some manufacturers even add in a timing cover, valve cover, and balancer/damper.

When you choose a long block engine, the only work you have to do is find the last few accessories and install the assembly in your vehicle.

Because long blocks come with more components pre-installed, there’s a lesser chance of malfunction due to faulty fitting. For this reason, they’re often more reliable than their short block counterparts.

Is It Cheaper to Rebuild or Replace an F150 Engine?

Some people opt to rebuild their engine instead of replacing it altogether. The most cost-effective option often depends on the extent of the damage.

Some types of damage will render rebuilding nearly cost-prohibitive. For example, if your engine block itself is cracked, it will likely need to be machined. Costs like these can add up quickly, making your total rebuild cost between $8,000-$10,000.

However, rebuilding is often cheaper if only a few engine components need replacement. Just make sure you understand what exactly needs to be replaced, and verify that there’s no significant damage.

Sometimes, replacing and rebuilding will have similar costs. If this is the case, replacement is often the best choice.

Is Replacing Your F150 Engine Worth It?

Replacing the engine on your F150 is not an easy or inexpensive repair job. For this reason, many people wonder if it’s worth it to replace the engine, or if it’s more economical to purchase a new truck.

Whether or not it will be worth it to replace your F150 engine depends specifically on your circumstances.

Some people are more comfortable than others spending this kind of money on their vehicles. Others would rather save the hassle of future problems by purchasing a brand-new truck.

When deciding whether or not to replace your engine, consider the following factors

The value
The current mileage
Your commitment to your truck

Let’s discuss how each of these factors play a role.

As your F150 gets older, the value will begin to depreciate. Depending on how long you’ve owned it, the cost of replacing the engine might exceed the value.

If it would cost more to replace the engine than the amount you would get selling the truck, a new truck is the better option. You don’t want to spend thousands of dollars on a new engine just to get no return on your investment down the line!

It’s no secret that the higher a vehicle’s mileage, the more problems it becomes susceptible to. Although having a brand-new, mileage-free engine will reduce this risk, other components, like the transmission, are still vulnerable.

It doesn’t really make sense to spend thousands on a vehicle when you’re not entirely sure how much longer it will last. If your truck has over 150,000 miles on it, replacing the vehicle is best.

Your Commitment to Your Truck

This next factor comes down to your personal feelings about your vehicle. Some people are very attached to their truck and would do anything to keep it as long as possible. Others aren’t as committed and would rather save the headache of repairs.

If you’re more concerned about your truck as a whole than monetary factors, replacing the engine may be the best choice. However, if you have no problems investing in a new vehicle, this might be better.

Consider your personal feelings and whether or not replacing the engine feels worth it to you.

If you’ve been having significant issues with your F150’s engine, replacing it may be necessary. This is one of the most expensive replacements you can do, totaling around $4,500-$8,500 when done professionally.

If you have a good working knowledge of car repairs, a DIY replacement may be possible. If you choose to go this route, expect to pay between $1,700-$4,400 for the new engine.