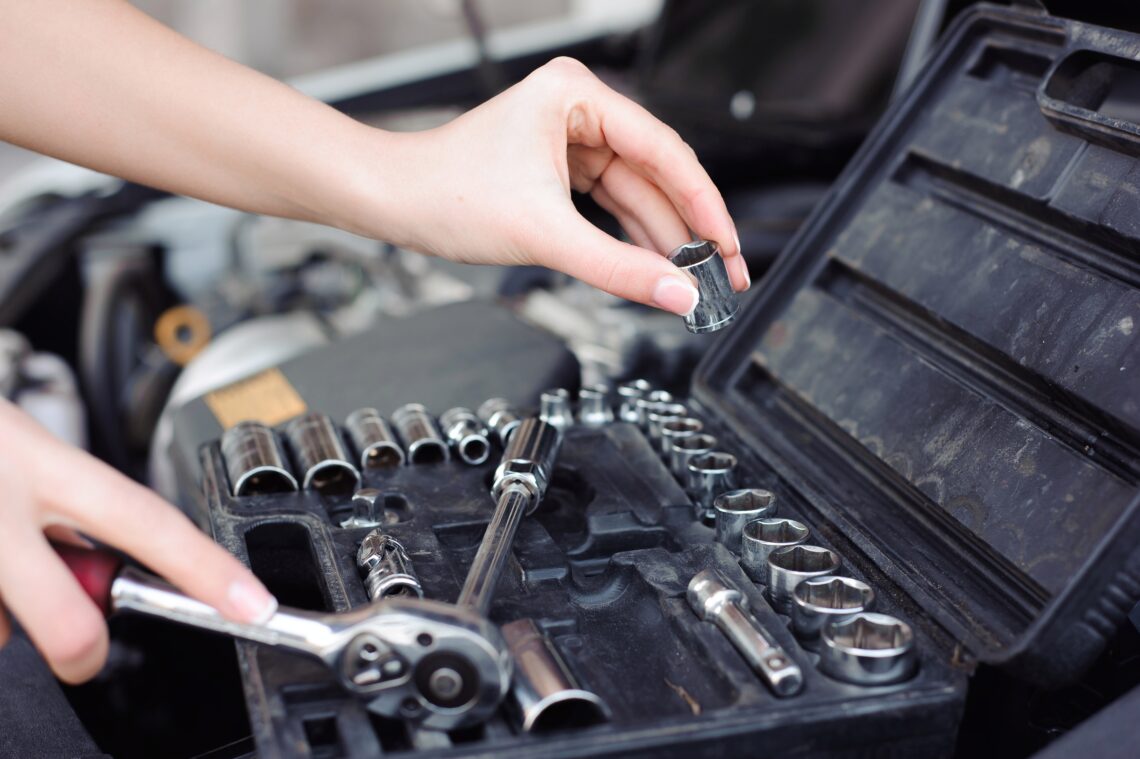 Porting and polishing your vehicle’s cylinder head is an effective way to increase high-RPM air flow into your engine. When your engine can take in more air, it can also burn more fuel.

The cost for the procedure can vary widely from as little as $200 to more than $2000 dollars. A Stage III port and polish, however, is generally the best value and provides the most performance for your money.

This type of port and polish costs about $500, depending on the type of vehicle you have. If you get a port and polish, you can expect a performance increase of somewhere between 25 and 75 horsepower.

Pricing is all over the place for engine porting. Generally, you have to get a quote based on your engine. There is, however, a community of shops that maintain somewhat standard pricing for traditional V-8 cylinder head pairs.

Stage I: This most basic form of porting and polishing generally costs about $150. This is just the minimum recommended porting stage and includes a bowl port and port match.

Stage II: This is generally around $300 and is coequally known as a ‘street’ or ‘strip’ port job for drivers on a budget. This port and polish stage includes bowls and intake opening port match.

Stage III: A stage III port is really the minimum ‘full port and polishes’ you can get. It costs about $550 and, due to the law of diminishing returns, also ends up being the best value port and polish to get.

This procedure blends all of the castings in the head for drastically improved air flow. A Stage III port will generally include porting of the bowls, a port match, and complete profiling of the combustion chambers.

Stage IV: Most hot rod drivers opt for this higher stage of port and polish. This stage is almost essential for those running nitrous or high-pressure turbochargers, or superchargers.

This stage includes all of the above plus a fully ported exhaust, bowl ported and port matched intake and more precise profiling of the combustion chambers. A Stage IV port and polish will run you somewhere around $750.

How Much Does It Cost To Port And Polish Heads In My Area?

Below is a table of the average price for a Stage III port and polish in various states. The price can vary quite a bit depending on where you are.

The cost for any given automobile work is generally more expensive the further west you travel. This is because California has very advanced emissions control laws that help to keep the air cleaner and to do its part in stemming climate change.

This and other reasons will cause the price for a port and polish to vary from state to state.

Cost of Ports and Polish (Quotes)

Below is a table of the price for a Stage III port and polish for various popular automobiles.

Factors That Affect Costs for Port and Polish Replacements

How Much Does It Cost To Port a Manifold?

Generally, it costs about $250 to have a manifold ported. This procedure generally includes port matching and plenum blending. Remember, every cylinder head has an intake manifold that will also need to be ported.

Getting a port and polish of your vehicle’s cylinder head is a great way to increase your engine’s high-end power. Porting and polishing an engine allows it to take in more air and thus burn more fuel and produce more power.

Depending on where you live, what vehicle you have, and what stage of port and polishing you are wanting to be done, the cost ranges from $200 all the way up to $2000.

Most people would be perfectly happy with a Stage III port and polish, which generally costs about $500.

It’s an upgrade that seems to be well worth the money considering the fact that a ported and polished cylinder head typically nets an engine an increase of 25 to 75 horsepower.

We hope this article helped inform those interested in the cost to port and polish cylinder heads.

Absolutely. What Are The Benefits of Porting And Polishing a Head? Porting a vehicle’s cylinder head is an engine modification that will most certainly increase engine performance to some degree.

In fact, it’s one of the best engine upgrades you can get for the least amount of money.

Does Porting A Cylinder Head Work?

Yes. Porting and polishing a head will increase the flow of fuel and air and fuel running through the engine. This will allow the engine to burn more fuel and increase its power output.

Porting and polishing a cylinder head is not always about bigger being better. If your car engine can take in more air, then it will also be able to burn more fuel and reach higher engine speeds.

These higher speeds allow the air/fuel mixture to mix more completely as it enters the cylinders.

So, there is a trade-off between production time and part performance. The air channels on the inside of a standard intake manifold are designed for consistent results and to be cost-effective to manufacture.

So, spending a little more time and money than your auto manufacturer did on your cylinder head will increase horsepower.

How Much Horsepower Does Porting And Polishing Add?

The amount of horsepower that the port and polish of a cylinder head provides varies quite a bit depending on your engine setup and other upgrades that you may have.

Generally speaking, however, you can expect anywhere between 10 and 75 horsepower to be added. Cylinder head porting is one of the most critical upgrades you can get.

What is The Head On An Engine?

An Internal Combustion Engine, or ICE, requires a component called a cylinder head, or simply a head to function. The cylinder head generally sits right on top of the cylinders and essentially forms the top half of an engine.

The intake and exhaust valves, along with a portion of the combustion chamber is located in the cylinder head.

What Happens When A Head Is Ported?

Cylinder head ‘porting’ refers to the removal of a small amount of extra material inside the intake and/or exhaust portion of the cylinder head in order to optimize airflow into the engine.

What Is An Exhaust Port?

From there, the exhaust gases are directed to a muffler and then a tailpipe.

What All Is Involved In Porting And Polishing Heads?

Anything connected to the cylinder head must first be disconnected. These are things like air hoses, fuel rails, sensor wires, ignition cabling, and quite a bit more.

The process of porting a cylinder heat itself involves scrubbing the mating areas very thoroughly.

What Tools Are Needed To Port And Polish A Cylinder Head?

You may be able to perform a basic port and polish on your own, but a full port and polish (Stage III) of a cylinder head requires special tools that most people are not going to have commonly available in their garage.

If you plan on doing this job on your own, the main tool you are going to need will be a Dremel. You are also going to need the right Dremel extensions and bits.

You are going to need more than the standard sander bits to get this job done. In fact, for port and polishing a cylinder head, you will have to invest in carbide and stone bits so that you can grind away all those burs and casting lines.

Dremel whip extensions will be extremely useful for getting into those hard-to-reach areas much easier.

And remember, you are going to be grinding metal into a fine powder. So, make sure to get yourself some PPE (Personal Projection Equipment) for your eyes and lungs. Metal dust is not so fun to breathe in.

Also, the cylinder head will need to be nearly fully disassembled and small pieces of metal and other debris can end up the valve seats, so you are going to need a way to clean the heads properly when you are done with the port and polish.

Great care must be taken to not overdo it because there is no going back.

This is when you want to be using a carbide bit in your Dremel. If you use an arrowhead, it will allow for easier tapering.

Note: After you use any carbide bits, make sure to go back over your work with a stone bit or sandpaper to smooth out any rough areas.

One important thing to remember is that once you port your cylinder head to the exact shape of a particular gasket, you should not switch to a different type of gasket later.

This is to create a ‘pressure step’ to lower the pressure and help draw the air out of the cylinders. So, if you port match on the exhaust side, you will remove this low-pressure area.

Polishing is the easier part as compared to porting. Most cylinder heads are cast with many imperfections and a very rough finish. There are also many casting marks or burs that are left on the cylinder head during manufacturing.

So, your goal, here, is to get the interior surface of your cylinder head to as smooth of a finish as possible. The best way to smooth the surface is to work in a swirling motion from the outside moving inward, toward the valves. The wear marks that you leave behind cause a swirling effect on the air as it moves into the engine.

This helps better mix the air and fuel before it is delivered to the engine, and therefore will make things run a lot more effectively.