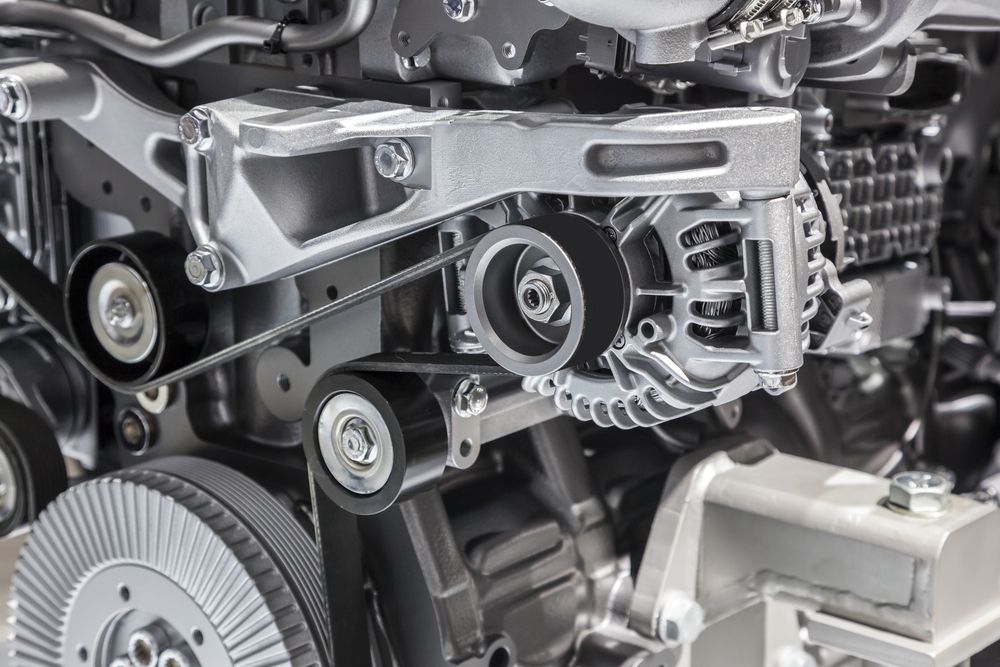 Many Ford F-150 owners are faced with an issue in the time they own their truck – parts need to be replaced. If your F-150 has a bad alternator, chances are that you will soon have a drained or poor-performing battery on your hands. But before you replace your alternator, you need to first understand what this kind of project will cost you.

Generally speaking, you’ll pay about $560 to replace a Ford F-150 alternator. This is an average estimate based on the combined costs of parts and labor, where parts ring in at just above an average of $470 and labor is priced just below $90.

With the importance of the alternator (serving battery charging and electrical-powering purposes), you’ll want to choose a quality replacement.

Further, we’ll dive into the reasons to replace this part, how often you’ll be paying for replacement in your car’s lifespan, and ways you can cut costs overall.

When it comes to tackling the replacement on your own, you should consider the differences in prices among major retailers of the F-150 alternators.

Below, we’ve gathered some price quotes for F-150 alternators sold by major retailers, comparing their prices, features, and F-150 model years they are compatible with.

Motorcraft’s GL-8674 OE Replacement Alternator rings in at around $494 when you include the core charge, which is recommended.

This particular alternator has a lifetime limited warranty, and it has passed inspection. It’s specifically compatible with Ford F-150 models released between 1995-1996 that have standard transmission (95A).

Cost of a Ford F-150 Alternator Replacement (Including Installation)

While there is of course the option to replace the alternator on your own, you may not have the means or knowledge to do so.

After all, professional paid labor will be your best bet for this service, unless of course you are a mechanic yourself or know a mechanic who can assist you free of charge.

Note that these averages are based on replacement prices for a Ford F-150 truck, though alternators for different F-150 models may vary.

Further, we can break this average cost down into both labor and parts. Here, you’ll see that the average cost of parts is far more than the cost of labor.

Note that while prices for alternator replacement are average among most manufacturers, your specific cost may vary.

In the US, auto repair labor rates range between about $50 and $200 per hour, on average. One big contributing factor to cost fluctuation is location. Costs of auto work vary in different US locations depending on supply and demand, taxes, and other location-based factors.

Below, we break down some disparities in location-based, average costs of parts plus labor, based on stats from a 2020 study by CarMD.

Further, depending on what model of F-150 you have, the cost of alternator replacement may be more expensive. Older models may have outdated parts that take special ordering to replace, which could tack on the costs of shipping to your total.

But if you have a very recent model, you could also see spiked costs due to the fact that more sleek and new models of F-150 require more expensive parts.

What Is the Cost of Replacement Long-Term?

While the initial or one-time cost of replacing an alternator will cost most people about a half-grand, you may be wondering how often you’ll have to replace it.

The nice thing about this replacement is that in most cases, alternators only need to be replaced once or twice in a car’s lifespan.

Alternators typically last for around 100,000 miles before they actually need to be replaced, unless, of course, your alternator fails before it’s gained 100,000 miles.

Considering that most Ford F-150s can put on an average of about 225,000 miles, you’ll see that this is not a frequent replacement.

So, when you factor in this frequency estimate, note that you probably won’t spend more than a total of about $1,128 for alternator replacements in a truck’s lifespan (parts + replacement) or $940 if you’re self-installing.

Its purposes include charging the truck’s battery, powering the electrical functions of the truck, and regulating voltage and current. In short, if you don’t want a dead battery or failed alternator, you’ll need to replace the alternator at some point.

Further, there are some reasons that certain vehicles require a replacement sooner than others do. For example, heavy-duty trucks such as Ford F-150s often endure harsh driving conditions like inclement weather and towing/hauling.

These conditions can quickly wear down the functioning of the alternator, thus leading to the need for replacement.

How to Save Money on a Ford F-150 Alternator Replacement

There are a few key ways to save money on this project that we’ll outline below. Some of these options won’t be available to everyone due to the nature of DIY projects and the expertise needed for them.

One way you can save money on an auto part replacement is by purchasing a part that comes with a warranty included. Some warranties guarantee a free replacement should your alternator fail before it has reached a certain mileage.

This purchase can actually save you money, in the long run, should you happen to face a failed alternator after a short time due to external factors like harsh driving conditions, etc. Instead of paying double the cost out of pocket if something goes wrong, a warranty ensures you only pay the replacement cost once.

Another way you can cut costs is by doing the labor yourself. Replacing an alternator is no simple task, though, so we suggest only taking this route if you have mechanical knowledge, expertise in auto work, or know someone who is willing to help you do this for free.

When you DIY this replacement, you almost entirely cut out the cost of labor, meaning you cut your project cost down to parts ($470 on average as opposed to $560 on average).

While this tip may seem obvious, it’s always worth it to ask an auto service shop if they are willing to offer any discounts or shop around for certain deals. They may only mention the most expensive part option to you, but if you ask about parts from other manufacturers, you may find you could save $20 or $30.

Replacing an alternator is one of the most important part replacements you can make in your automobile’s lifespan. The alternator controls many of the electrical functions and battery functioning in your car, and it only needs to be replaced every 100,000 miles or so.

On average, replacing an alternator for a Ford F-150 truck will cost you around $560 for parts plus labor.

However, if you’re competent in auto repair/replacement work and you wish to cut costs with a self-installation, you could be looking at just the cost of parts (around $470). You may be interested in F150 Tune-Up Cost.