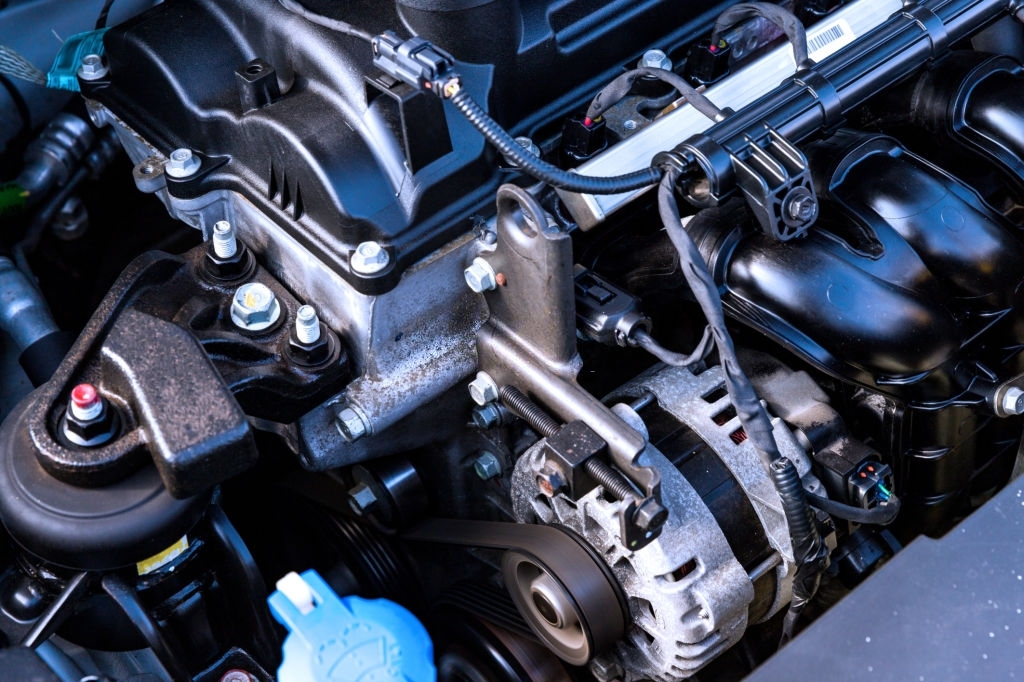 Overall, you can expect to pay on average $800 to replace the alternator for a Toyota Highlander. The typical price range is between $600 to $900, depending on the age of your car and your mechanic’s location. Labor costs are estimated between $308 and $388 while parts are priced between $396 and $495.

There are a lot of things that go into replacing an alternator. So we put together this comprehensive article on the costs to replace a Toyota Highlander alternator.

What Does an Alternator Do?

An alternator is an important component of your car’s power system that converts mechanical energy from the engine into electrical current. The alternator supplies power to the various electrical components of your car, so the car battery does not have to continuously supply power.

Electrical energy from the alternator is also used to charge the car’s battery so it doesn’t run dry from continuous use.

The basic design of an alternator is a copper coil with a magnetized rotating metal piece. As the magnetic field rotates around the copper wire, it creates an electrical field through a process called electromagnetic induction.

How Much Does it Cost to Replace a Toyota Highlander Alternator?

Overall, you can expect to pay approximately $800 to replace the alternator of a Toyota Highlander. The cost for parts is around $400 while the costs for labor are between $300 and $400.

This price is an average and actual prices will depend on your car’s age and your mechanic’s location.

Below is a table showing the average cost to replace a Toyota Highlander alternator compared to several other popular brands of car. Keep in mind that these prices are averages and your actual costs will differ depending on the age of your car and your mechanic’s location.

The Toyota Highlander is a fairly reliable car but it is known to have alternator problems and alternator belt problems. Remember to have your mechanic check your alternator belt when you take your car in for regular maintenance.

If you want to save money, you can buy an alternator replacement online and perform the replacements yourself. You can expect to pay about $130 on average to buy a replacement alternator online. The typical price range is between $90 to $170.

Below is a table showing the average cost of alternator parts for the Highlander.

As you might expect, your car’s age also affects alternator replacement costs. Depending on how old your car is and how often you get maintenance, you may need to replace other parts of your car’s electrical system.

Depending on the age of your car, you may also have to replace pieces connected to the alternator, such as the alternator belt. Your mechanic will most likely recommend you replace all components of your electrical system at the same time.

Signs of a Bad Alternator

Here are the most common signs of a bad alternator.

The first obvious sign of a broken alternator is dim or insufficient lighting. Because the alternator generates the electrical power your car’s lighting system uses, alternator issues can impact lighting performance and brightness.

You can tell the problem is your alternator is the lights get brighter when you rev your engine. Your lights may also flicker intermittently or randomly change brightness.

Similar to your headlights, another common sign of a broken alternator is malfunctioning electronics in your cabin. For example, your windows may roll up slower than average, or your dials and gauge start to go haywire.

Most modern cars reroute power to essential features when there is an alternator problem, so something like your radio will probably be the first thing to fail when your alternator breaks.

Sometimes, your battery dies naturally because it loses its charge and can’t run anymore. However, if your battery regularly dies even without using your car much, the problem could be the alternator.

Alternators charge the battery when the car is running, so if the battery shuts off while the engine is on, it could be because the alternator is not charging the battery properly.

If you have trouble starting your car, it could be due to the alternator not charging the battery. The battery provides the initial spark to start the engine, so if you notice a repeated clicking sound instead of your engine ignition starting, the problem could be the alternator.

It could also mean the spark plugs are not getting enough power from the battery due to a faulty alternator.

The battery warning light is not only programmed to go off for a bad battery but will alert you to any problems in your car’s larger electrical system.

Your alternator is connected to a belt that turns the magnet, creating an electrical current. Sometimes, this belt will fail and you can replace it without having to replace the actual alternator assembly. Most alternator belts are made from durable vulcanized rubber with high tensile strength.

It will cost about $150 to have a professional replace the alternator belt. Alternatively, you can buy a replacement alternator belt online for about $40 and replace it yourself. If your belt has visible cracks or stretching, you should consider replacing it quickly.

How much does it cost to replace a Toyota Highlander alternator?

How much does it cost to replace an alternator belt?

It will cost about $150 to have a professional replace the alternator belt. Or you can buy an alternator belt online for about $40 and replace it yourself.

Can I drive with a bad alternator?

In some cases, you can still start your car and drive with a bad alternator. However, if the damage is too severe, you may not be able to start your car or it may shut off randomly when driving as the battery runs out.

If you continue to drive a car with a broken alternator, the battery will eventually die and you won’/t be able to start the engine.

Can I replace an alternator on my own?

Yes, it is relatively easy to replace an alternator yourself and save some money. Most alternators are bolted into their brackets, so you will need a wrench and belt-removal tool. The one thing to watch out for is making sure the alternator belt has the right tension.

Can I repair a broken alternator?

It depends on the scope of the damage. It is possible to fix a broken alternator if the only problem is a broken wire or loose coil. However, for most alternator issues, the best option would be to replace the entire alternator.

How often should I replace my alternator?

Generally speaking, alternators do not require maintenance and are not designed to be replaced. That being said, your alternator may start to show signs of wear and tear after about 150,000 miles.

If you remember to get regular maintenance and service, you may never have to replace your alternator.

Your car’s alternator is an important component of the electrical system and is responsible for charging your battery and running your accessories.

The Toyota Highlander is known for having alternator problems, so you will want to keep an eye on it for any problem. As always, make sure that you get quotes from several mechanics to get the best possible price.