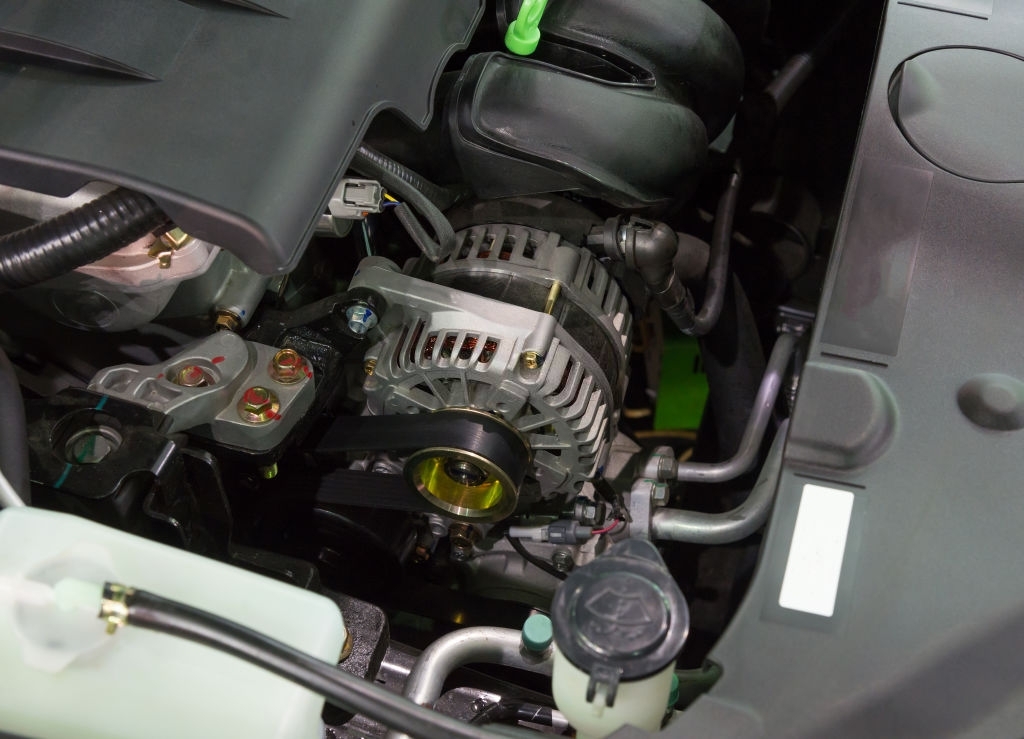 The Kia Sorento is a popular car thanks to its reliable build, affordable price, and lax maintenance costs. However, like many Kia cars, the Sorento is susceptible to electrical and alternator problems. If the alternator fails, then you will have to replace it.

Overall, you can expect to spend about $750 to replace the alternator in a Kia Sorento. The typical price range is between $700 on the low end and $800 on the high end.

What Does an Alternator Do?

Alternators are relatively simple components that consist of a stator covered in metal wiring and a magnetic rotor. As the rotor spins around, the motion of the magnetic field produces an electrical current that your car uses to power its various electrical systems.

Alternators also produce energy used to charge the car battery while the engine is running.

How Much Does it Cost to Replace the Alternator in a Kia Sorento?

Overall, you can expect to spend about $750 to replace an alternator on a Kia Sorento. The typical price range is between $700 on the low end and $800 on the high end. Keep in mind that these costs are averages, Actual costs will depend on the age of your car and your mechanic’s location.

Replacement costs for a Kia Sorento are right about the national average for alternator replacement for all cars at $750. The Sorento, like many Kia models, has very low maintenance costs for a car in its class at only $530 per year.

Additionally, the Kia Sorento is one of the most reliable compact SUVs so it does not break down often.

Below is a table showing the average cost of a Kia Sorento alternator replacement compared to several other similar brands of car.

However, the Sorento is more reliable than most other cars, so it is less likely to break down.

If you do not want to pay for professional repairs, you can order an alternator online and replace it yourself. You can buy a Kia Sorento alternator replacement online for approximately $150 on average.

The typical price range is between $110 on the low end and $200 on the high end. If you buy an OEM alternator replacement, you can expect to pay around $250+.

Below is a table showing the average cost for various alternator replacements. Keep in mind that these costs are averages and actual prices will differ depending on your location.

Manufacturers measure alternator power in amps. Most alternators produce about 60-100 amps. If you have energy-intensive equipment, such as a stereo system and subwoofer, then you may need a more powerful alternator.

The higher the amperage, the more expensive the alternator will be, on average.

As is always the case, the older your car is, the less expensive replacement costs will be in general. The only exception is if you have an old model with discontinued parts.

Also, if your Kia Sorento is very old, then you may have to replace other parts related to the alternator and electrical system.

If your alternator is broken, then you may also have to replace the belt as well. Alternator belts connect to the engine and transfer the mechanical energy that makes the alternator spin and generate electricity.

Signs of a Bad Alternator

The first most obvious sign of a broken alternator is dimmed or flickering lights. The alternator produces electricity to run your lights, so if the alternator breaks and the voltage drops, the lights will dim.

Sometimes a dead battery is simply a signal that it’s near the end of its life and can no longer maintain a charge. However, if your battery constantly dies but is otherwise in good condition, then the problem is most likely a broken alternator.

The alternator charges the battery while the engine is on, so if it’s not working, your battery won’t charge properly.

If your alternator is having trouble charging your battery, then you may also notice your car stalling or failing to start properly. If turning the key only makes a clicking sound, it could mean your battery is dead due to a bad alternator.

If your car starts to stall while driving, then it could mean the spark plugs are not getting enough power from the alternator.

The alternator produces electricity for your car’s subsystems, like the radio, dash lights, gauges/dials, and indicator lights. If you notice any of these electrical fixtures going haywire, then the problem is either your wiring or the alternator.

Most modern cars have systems that shut down non-essential electronics when voltage or current drops, so the first thing to go out will probably be the radio.

The battery warning light on your car does not just trip for battery issues but can also indicate any problem with your electrical system. So the battery indicator light can turn on if your alternator is not producing the right voltages.

If your battery light keeps turning on and off, then it’s a sign that your alternator’s voltages are fluctuating.

How much does it cost to replace a Kia Sorento alternator?

On average, it will cost about $750 to replace the alternator on a Kia Sorento. The typical price range is between $700 on the low end and $800 on the higher end. Compared to other car models, alternator replacement costs for the Kia Sorento are average.

How often should I replace my alternator?

Alternators are designed to last a long time, and you may never need to replace one in the lifetime of your car.

Can I drive with a bad alternator?

Yes, you can drive with a bad alternator if the damage is not that severe. However, you may notice that your electronic accessories don’t work correctly or your engine might stall. If the alternator is shot, then your car probably won’t start at all.

Either way, you should get the broken alternator addressed as quickly as possible.

Can I replace an alternator on my own?

Yes, replacing an alternator is not a difficult repair and you can save money with a DIY replacement at home. You can perform a DIY alternator replacement in a Kia Sorento in about 2 hours.

To change your alternator, you will need a belt tensioner, wrench, voltmeter, and some rags to clean grease.

What voltage alternator does a Kia Sorento need?

Like most other cars and SUVs, the Kia Sorento runs between 13..5-14.5 volts thanks to the voltage regulator. The regulator controls voltage to keep it in the correct operating range for the car’s accessories.

If the regulator is broken, then the alternator’s voltage can fluctuate significantly.  Trying to run your car with a broken voltage regulator can damage things if the voltage gets too high.

The Kia Sorento is a popular car and for good reason. The Sorento is reliable, affordable, and relatively inexpensive to maintain over its lifespan.

However, Kia models often have electrical problems, which includes alternator problems, So if your Kia Sorento has a broken alternator, then you need to get it replaced as quickly as possible. As always, make sure that you get quotes from several mechanics so you can get the best possible price.