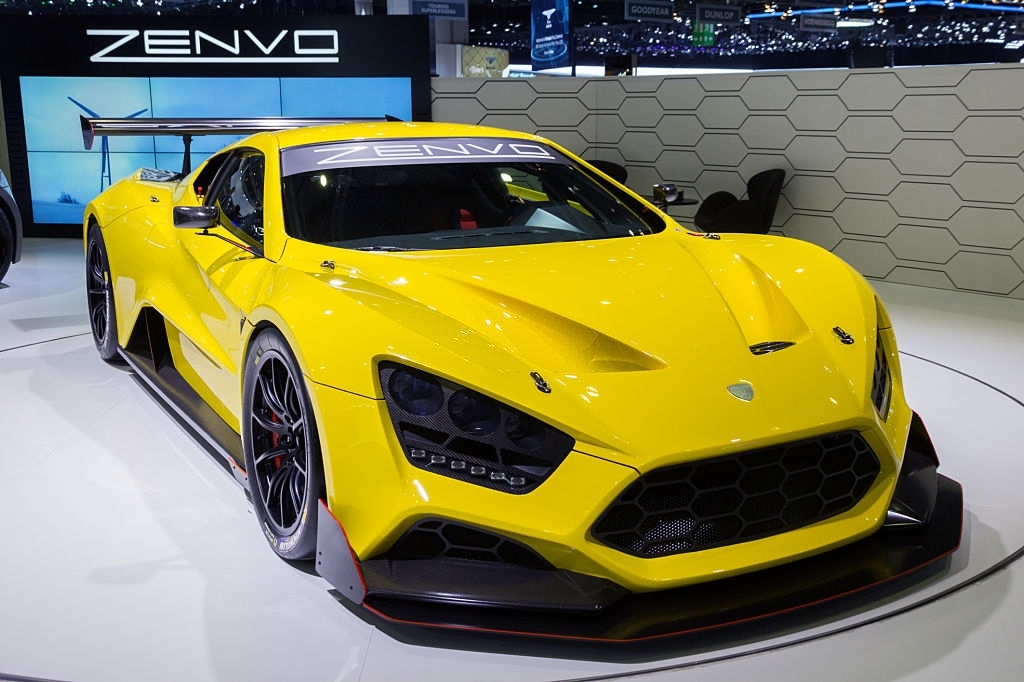 Are you tired of seeing ten of the same cars every time you go to the store? If you buy one of the top ten rare car brands, you’ll hardly ever see someone with the same car! Not only that, but you’ll also get a lot of looks.

However, rare vehicles aren’t just for show – the manufacturers who make these cars typically produce a limited number of vehicles. Thus, the brands pay close attention to detail and quality.

We reviewed over fifty relatively unknown car brands and came up with a list of the top ten rare car brands. The top of our list brands includes Advanced Design Tramontana, W Motors, and Maybach.

These car manufacturers make high-performance vehicles with unique designs. Moreover, they tend to manufacture their cars in small batches. We also handpicked seven other brands that have some of the rarest vehicles.

Want to learn more about the top ten rare car brands? Keep reading and take a look at the most frequently asked questions.

This twin-sear supercar boasts a 5.5-liter M285 V12 engine, six-speed sequential transmission, and 20-inch wheels. Since Advanced Design Tramontana only makes 12 of these cars per year, they’re challenging to find. Not only that, but the car costs over $600,000.

Advanced Design Tramontana doesn’t have any other models; however, each Tramontana features unique design elements. Customers can handpick the vehicle’s specifications, interior materials, colors, and more. You truly become part of an “exclusive” club when you buy a Tramontana.

Located in Præstø, Denmark, Zenvo is a company that makes high-powered sports cars. Troels Vollertsen founded the company in 2004 and unveiled a prototype of the ST1 a few years later.

Zenvo only manufactured 15 units of the ST1, making it extremely rare. The ST1 is a two-door coupe sports car that features a 7-liter Twincharged LS7 V8 engine and a 7-speed automatic (or 6-speed manual) transmission. The vehicle comes in various colors, including lime green and white.

The Danish company has continued to innovate and produced various other models after launching the ST1. In 2016, Zenvo released the TS1 GT – a two-door coupe with a 5.8-liter twin-supercharged Flat-plane V8 engine and 7-speed dual-clutch automatic transmission.

The brand also released the TSR in 2016 and designed the TSR-S in 2018 – a street-legal version of the TSR. Zenvo only makes five TS1 GT vehicles per year and sells them for more than $1 million each.

Because of the company’s limited production, it’s not easy to get your hands on a new or used Zenvo sports car.

Another rare car brand that many people don’t know about is W Motors, based in the United Arab Emirates. Ralph R. Debbas founded the company in 2012. They grew the company from a small startup to a multi-million-dollar company.

W Motors focuses on luxury vehicles and is involved with every facet of the development process. The Lykan Hypersport is one of W Motors’ first vehicles and comes with a price tag of $3 million.

A fun fact is that Universal Studios bought several Lykan Hypersports to use them in the Fast and Furious saga. 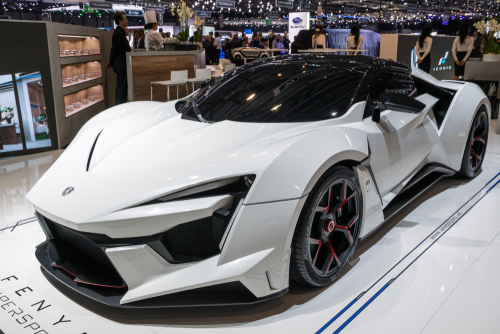 If you want to add a W Motors vehicle to your collection, prepare to shell out some serious cash.

Although many people have heard of Maybach, you don’t see Maybach vehicles very often because they’re extremely expensive. Maybach originates from Germany and dates back to 1960. You could buy Maybach vehicles as a standalone brand until Mercedes acquired the company in 2015.

The new S-Class Maybach features a pristine interior and exterior with evident attention to detail. An LED haptic touchscreen, color-changing LED illumination, and massage seats are just a few of the premium S-Class features.

Ted and Richard Marlow – two brothers from England – founded Ultima Sports in 1992 when they acquired the rights to the Ultima car made by Noble Motorsports. Lee Noble first designed the Ultima Mk1 – a two-door coupe with a 2.6-liter PRV V6 engine and five-speed manual transmission.

The Mk2 was a huge hit, and Noble subsequently unveiled the Mk3. However, Noble only made one Mk1 before designing the Mk2 in 1989. And although the Mk2 is similar to the Mk1, the Mk2 has an improved brake system.

Today, Ultimate Sports has three flagship models – the RS, Evolution Coupe, and Evolution Convertible. The company has broken various records, including its 0-100mph-0 time of 10.3 seconds.

Ultima Sports doesn’t sell its vehicles through dealers, but you can custom-order a car and have it delivered to your home.

Pagani is a relatively small sports car company based in San Cesario Sul Panaro, Italy. Horacio Pagani – a native of Argentina – founded the company in 1992. Pagani cars have elements similar to other Italian brands, such as Ferrari and Lamborghini.

In fact, the company’s founder initially worked at Lamborghini until he left to design his own car, the Fangio F1, in honor of Juan Manuel Fangio. Pagani started to build the Fangio F1 in 1992 and eventually sourced the engines from Mercedes-Benz.

The brand only produced a few units of the Fangio F1 and sold them for over $2 million. In 2013, one of the cars sold for over $23 million at an auction.

After its initial success with the Fangio F1, Pagani started to design a new prototype – the Zonda C12. Pagani unveiled the Zonda C12 at the Geneva Motor Show in 1999.

The car features a 6-7.2-liter Mercedes-Benz M120 V12 engine and a five or six-speed manual transmission. Pagani currently focuses on various models of the Zonda and the Huayra.

The last rare car brand to make our list is Koenigsegg – an automobile manufacturer that hails from Sweden. Christian von Koenigsegg founded the company in 1994 and currently serves as the CEO. The company makes high-class sports cars in the town of Ängelholm.

The company’s first car was the CC8S – a two-door Targa top with a six-speed manual transmission and a maximum speed of 240 mph. Koenigsegg only made six units of the CC8S, so they’re tough to find.

Koenigsegg continued to innovate and has created some of the most beautiful sports cars in Europe, including the Jesko, Regera, and Gemera. However, Koenigsegg’s vehicles are costly (the average price ranges from $2 to $4 million).

The brand’s vehicles are reminiscent of what you’d see in the 1920s and 1930s. Currently, this family-owned company sells two different cars: the Plus Six and Plus Four.

And despite their unique design, these vehicles are relatively efficient, averaging 30 mpg. If you want to get your hands on a car by Morgan Motor Company, you can expect to pay at least $100,000.

The next rare car brand to make our list is Denza, headquartered in Guangdong, China. Denza primarily focuses on producing all-electric vehicles that match the performance of gas-powered cars.

BYD Auto and Daimler AG joined together in 2010 to form Denza. The companies have a 50 percent stake in the electric-vehicle brand. Denza makes its vehicles out of a plant in Pingshan, Shenzhen, making up to 40,000 electric cars per year.

The Chinese company initially created the Denza 500 – an all-electric vehicle with a 61-kWh battery and a maximum speed of 93 mph. In 2019, Denza introduced the Denza X – a five-door SUV designed by Mercedes-Benz.

A Denza X with all the bells and whistles costs around $56,000. Although Denza has a sizeable presence in China, it hasn’t entered the North American market.

Another Chinese car brand that’s relatively rare outside of Asia is Lifan, based out of Chongqing. Yin Mingshan founded the company in 1992, but it didn’t produce vehicles until 2005. You’ll find Lifan cars in Laos, Syria, and some South American countries.

Still, they’re not common in North America or Europe. Lifan sells a wide variety of products, including commercial trucks, dirt bikes, and motorcycles. The company entered the automobile market.

Lifan has expanded its global reach by establishing manufacturing facilities in Azerbaijan, Russia, Uruguay, and Iran. The brand’s vehicles include four-door sedans, SUVs, vans, and trucks.

A few of the brand’s vehicles, including the Ultimate Aero, broke the Guinness World Record for speed.

Want to learn more about the top ten rare car brands? Here are some of the most frequently asked questions:

What Is the Most Expensive Rare Car?

One of the most expensive cars globally is the Lykan Hypersport, a supercar manufactured by W Motors. The car easily costs over three million dollars since the company only made seven units. Not only that but there are over 400 diamonds in the headlights!

What Is the Rarest Car in the World?

The rarest car in the world is inarguably the Mk1 by Ultima Sports. The company only made one of these cars until it decided to produce the Mk2 instead. Thus, the Mk1 is one-of-a-kind.

What Are the Top Rarest Cars in the World?

The top rarest cars globally include the Lykan Hypersport, Ultima Sports Mk1, Fenyr Supersport, and Tramontana. There are also various cars produced by Ferrari and Lamborghini that are very challenging to find since the companies only made a limited number of units.

What Is Considered a Rare Car?

A “rare” car is generally one in which the manufacturer made only a limited number of units (usually less than 100).

However, a vehicle could be rare in a particular country because the car brand hasn’t yet penetrated the market. For example, the Denza brand is rare in the United States but not in China.

Is my Car Rare?

The best way to figure out if your car is rare is to Google the model and see how many units the manufacturer produced. Generally, the fewer units, the rarer the car.

How Much Is my Rare Car Worth?

Many people can use Kelly Blue Book to find out their car’s value. However, if there aren’t many cars similar to yours, you might have to find a professional specializing in rare and classic vehicles.

Whether you’re a commuter or collector, these rare car brands are worth every cent if you can get ahold of one. The all-time rarest brands include Advanced Design Tramontana, W Motors, and Maybach. However, you’ll undoubtedly get looks if you drive anyone of the vehicles that we have included on our top ten list!