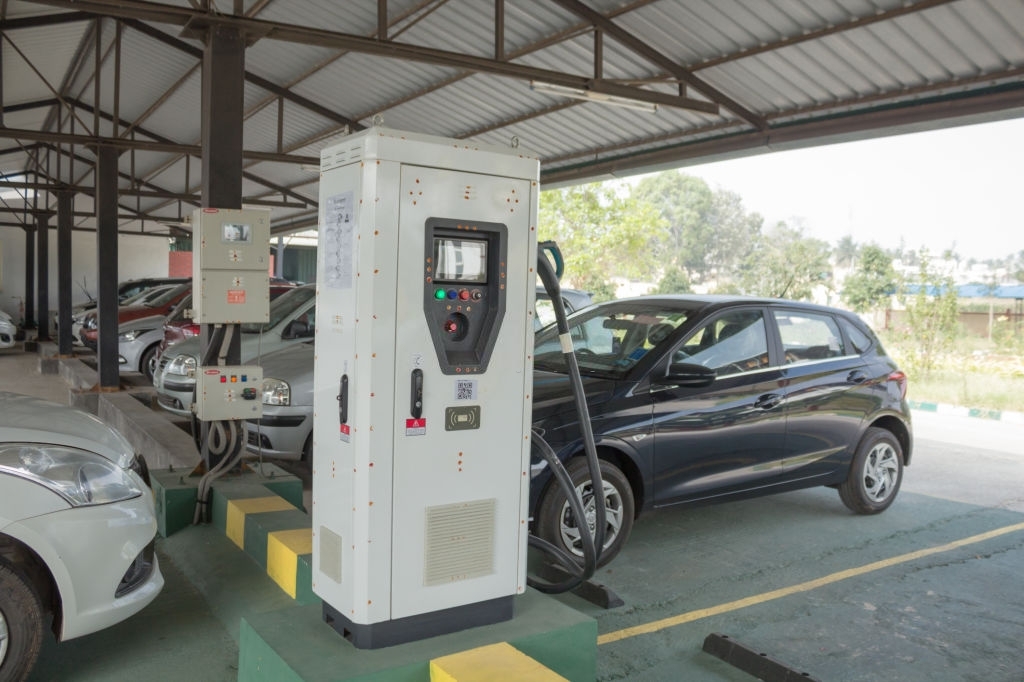 There’s no shortage of car manufacturing in Mexico, given the country’s strategic proximity to the United States and Canada. According to the International Trade Administration, Mexico is the sixth-largest automobile manufacturer globally, with many of the cars ending up in the United States. However, Mexico has various homegrown brands that target the Mexican market and import their brands to other countries.

We reviewed all the Mexican car brands and concluded that the top three are Inferno Automobili, Zacua, and National Diesel (DINA). These companies have a reputation for creating innovative vehicles with top-of-the-line technology and engineering. We also picked seven other brands that have significantly impacted the Mexican automotive industry.

Want to learn more about the top ten Mexican car brands? Keep reading, and be sure to check out the most frequently asked questions towards the end.

The first Mexican car brand to make our list is Inferno Automobili, famous for its Inferno Exotic Car. According to the brand’s website, it recently partnered with Antonio Ferraiola – a Senior Automotive Engineer.

He has over 20 years of experience in components for various Lamborghini models. Inferno Automobili is currently designing new supercars that it will create in small batches, including a 1,400-HP Hypercar with a maximum speed of 249 mph.

The Mexican car brand only makes around ten of each model and sells each vehicle for more than one million Euros.

Inferno Automobili’s cars are unique in that they contain metal foam – a blend of zinc, aluminum, and silver. The metal foam has strength comparable to that of an armored car. According to the brand, this material enhances the vehicle’s safety without making it too bulky.

The exotic car brand has not yet announced the 1,400-HP Hypercar’s launch date. Still, it has stated that it will produce the vehicle in Italy. Those interested in Infernos Automobili’s prototypes can stay up-to-date through the company’s Instagram page.

The Most Popular Inferno Automobili Cars

Based out of Polanco, Mexico City, Zacua is a brand that’s pioneering the movement to electric vehicles. The brand’s website states that it’s the first Mexican electric car brand and that it wants to accelerate the transition toward energy-efficient cars with zero emissions.

There are currently two Zacua models on the market – the MX2 and MX2. Both are smaller vehicles that can accommodate two people. The vehicles’ maximum speed is 53 mph, which complies with the speed limit in Mexico.

Each charge lasts approximately eight hours or about 100 miles. The MXN2 and MX3 both cost roughly $30,000. And although the price is relatively high, there’s a ton of potential for long-term savings.

The Most Popular Zacua Cars

National Diesel (DINA) manufacturers buses and tracks and has a dominant presence in Mexico and other Latin American countries. The Mexican government founded the organization in 1951, and Grupo Empresarial G currently owns it.

DINA targets urban centers, and manufacturers coach buses that accommodate long-distance domestic and international travel. DINA has partnerships with various other companies, such as Chrysler and Caterpillar.

Its strategic relationships have allowed it to innovate and develop its technology continuously.

It’s also clear that the company has achieved success with its generous financing options, including down payments as low as five percent. Not only that, but it also offers training programs that teach individuals how to service its buses.

The Most Popular DINA Vehicles

Founded in 1936, Solana is a company that manufactures vintage-style racing cars. The brand is relatively niche and doesn’t focus on the mass production and sale of vehicles. In fact, the company only created 43 cars between 1936 and 2003. Solana is the family’s last name who built the cars.

The key players were Jose Antonio Solana, Francisco Javier Solana, and Moises Solana. Unfortunately, Solana doesn’t have a significant presence on the internet; the website says it’s currently being remodeled.

A “fun fact” about Solana is that kids who participated in races initially drove the vehicles. The cars only had one seat and couldn’t go that fast since they only had a single-cylinder engine.

However, the Deportivo Series II is more powerful with a Datsun engine and tubular space frame. The company’s founder, Moises Solana, won numerous races until he got into a car accident driving a McLaren and succumbed to his injuries.

The Most Popular Solana Cars

Mastretta – the “Ferrari of Mexico” – is a car brand spearheaded by Daniel Mastretta. The Puebla native founded the company in 1987, and its headquarters sits in Mexico City. Mastretta is a versatile brand that has dabbled in various areas of the automotive industry.

For instance, the company first designed and engineered microbuses in its first couple of years. A few years later, Mastretta began developing and selling kit-cars, the first being the Unediseño-Mastretta MXA.

Mastretta didn’t create these vehicles from the ground up – it built the cars using a Volkswagen as a base. The Unediseño-Mastretta MXA car kit attracted international collectors, helping spark Mastretta’s success.

After creating its first few car kits, the company unveiled its plan to make the Mastretta MXT – a two-door coupe with a two-liter turbocharged GDI I4 engine and five-speed manual transmission.

Mastretta produced the car between 2011 and 2014 and sold it for roughly $60,000. The company only made 200 Mastretta MXT vehicles, so finding one for sale is challenging.

The Most Popular Mastretta Cars

The next brand on our list is Mexicana de Autobuses (MASA) – a defunct company that produced buses and motorcoaches. Mexico’s government founded the company in 1959 and maintained its headquarters in Tultitlán de Mariano Escobedo.

After DINA, MASA was one of the largest companies of its kind in Mexico. MASA focused on three products: motor coaches, buses, and trolleybuses. Many buses and trolleybuses went to Mexico’s major cities, such as Mexico City and Guadalajara.

MASA started to experience financial problems in the late 1980s and couldn’t fulfill its debt obligations. The company stopped its operations in 1988, and an industrial group purchased it shortly afterward.

Volvo eventually bought the company in 1998 for $74 million and now produces buses for the Mexican market under its Volvo Buses subsidiary.

The Most Popular MASA Vehicles

Vehículos Automotores Mexicanos is another defunct Mexican car company that’s no longer in Business. The company was formerly Willys Mexicana, with its head offices in Mexico City. The Mexican government acquired the company with American Motors Corporation.

It started to mass-produce vehicles for the Latin American market. Vehículos Automotores Mexicanos primarily produced cars for big-name brands like Jeep, Renault, and Chrysler. However, they designed a couple of flagship vehicles, including the AMC Matador Coupe and VAM Classic.

Mexico experienced a debt-default crisis in the 1980s which ultimately led to Vehículos Automotores Mexicanos’ demise. The Mexican government sold the company to French vehicle manufacturer Renault to repay debt.

The Mexican government still owns the VAM trademark despite selling the company to Renault. You can find AMC and VAM cars at various classic car dealerships. And although many of these vehicles are in pristine condition, they sell for less than $20,000.

Ron Automóviles is a relatively new company still in the prototype stage. Based out of Guadalajara, Ron Automóviles currently has two cars that it’s developing – the R07 and RXX.

According to the company’s website, the R07 is a streetcar with a light frame and a suspension with 19 adjustment points. The brand’s second prototype, the RXX, is a sports car that can accommodate two electric motors and features a carbon fiber chassis.

Ron Automóviles seems to have a lot of potential and might attract foreign collectors in the future. The company creates a limited number of vehicles that car enthusiasts can pre-order.

For example, it says that it’s only producing ten units of the R07. You won’t find a lot of information about this company online since it’s relatively unknown outside of the Mexican state of Jalisco.

The Most Popular Ron Automóviles Cars

It also seeks to design vehicles using a “retro-future” approach, blending old age and modern aesthetics. S.R. Motors doesn’t outsource any of its design processes; its in-house team creates prototypes from the initial sketching phase to the final product.

The brand has already made one vehicle attract international attention – The Spartan (a Camaro mod).

The Monterrey-based brand posts some of its recent cars on its Instagram page. S.R. Motors regularly displays its vehicles at various car shows at the Las Vegas Convention Center.

The Most Popular S.R. Motors Cars

Elfi Motors is the last Mexican car brand to make our list. This brand is similar to Zacua. Its goal is to produce smaller electric vehicles better for the environment. Elfi has two cars – the Jimmy KR and Moto Taxi TA3. The Moto Taxi TA3 costs roughly $8,000, and the Jimmy KR goes for $9,500.

Elfi Motors describes the two vehicles as low-maintenance and more efficient than alternatives. Albeit small, the cars can fit two people and have ample space in the rear for belongings.

Unfortunately, you can’t buy vehicles by Elfi Motors in the United States. Still, you might run into a Jimmy KR or Moto Taxi TA3 if you take a cab in Mexico.

The Most Popular Elfi Motors Cars

Want to learn more about Mexican car bands? Here’s a look at some of the most frequently asked questions:

What Is the Most Popular Mexican Car Brand?

The most popular Mexican car brands include Inferno Automobili, Zacua, and Mastretta. These brands are famous for very different reasons.

For example, Inferno Automobili and Mastretta are renowned for creating over-the-top sports cars that mirror Ferraris and Lamborghinis.

On the other hand, Zacua is a leader in the Mexican electric vehicle space.

How Much Do Mexican Car Brands Cost?

Like American and Asian cars, the cost of Mexican cars varies greatly depending on the specifications, age, and mileage. Luxury sports cars like the Inferno Exotic Car cost over $1 million, whereas electric vehicles by Elfi Motors cost under $10,000.

Why Mexico? It’s relatively easy to transport cars from Mexico to other countries. The labor cost is much lower than the United States and European countries.

Where Do Mexican Car Brands Make their Vehicles?

Can You Buy Mexican Cars in the United States?

Yes, you can buy Mexican cars in the United States thanks to the country’s proximity to Mexico. However, a handful of brands are only available in Mexico.

What Is the Most Expensive Mexican Car?

The most expensive Mexican car is the Inferno Exotic Car, which will set you back between $1 to $2 million.

As you can see, Mexico plays a significant role in the global automotive industry. Inferno Automobili, Zacua, and National Diesel (DINA) are the country’s current leaders, but various small brands have huge potential.

Not only that, but numerous American, European, and Asian car companies produce their vehicles in Mexico. If you’re looking for a Mexican car, you can’t go wrong with any of the brands on our top-ten list.