How Much Does Knock Sensor Replacement Cost [SUV & Sedan] 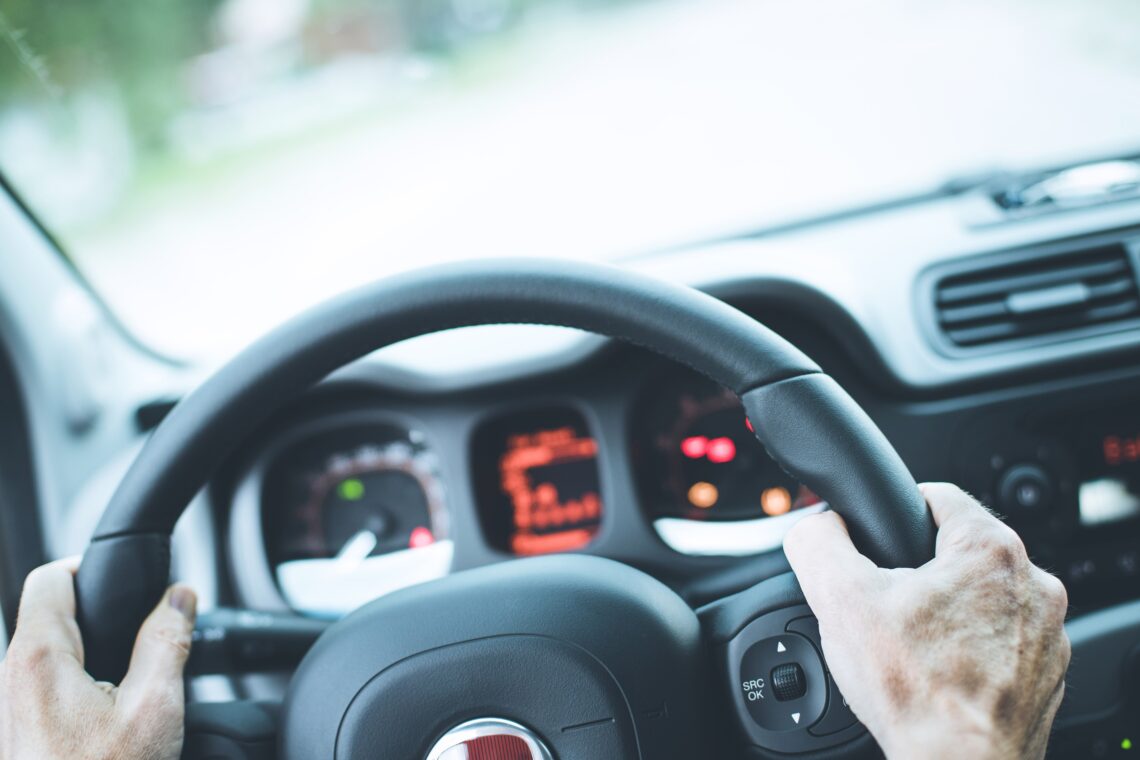 A knock sensor can help improve fuel economy and increase torque, which gives the car more power. From a performance standpoint, it is a pretty important engine component.

And when this component fails, drivers may notice a loss of power or mileage with significant damage to the engine head over time.

The cost to replace a knock sensor includes parts and labor. Individual costs range depending on make and model, as well as location. Fair market value for labor can be different in rural areas than it is in urban areas.

And some jurisdictions may impose taxes and fees on parts or labor that are not factored into the price in other areas.

What is a knock sensor?

A knock sensor intakes vibrations and reports data to the car’s computer. While most of the “knocks” that these sensors reports are incidental and caused by bumps in the road or closing car doors, significant engine vibration prompts an alert to the driver as a mitigation effort to prevent engine failure.

Average Costs by Make and Model

Symptoms of a bad knock sensor

When the knock sensor identifies a vibration outside of the allowable range that is typically caused by early ignition in the engine, it sends a warning signal to the engine’s computer.

This means it is not possible to drive with a bad knock sensor as safety mechanisms will report engine failure and prevent the vehicle from starting or driving.

For most vehicles, the knock sensor should last the reasonable life of the vehicle or at least 150,000 miles. Failure sooner than 150,000 miles indicates a typical defect.

When your part fails, in addition to parts and labor for the repair you can expect to pay for a tow and service to diagnose the problem.

The national average for a local tow is $109 with distances greater than 10 miles charged an additional mileage fee between $2.50 and $7.00 per mile.

The price of diagnostics to identify the problem is typically between $100-$200 for the first hour of labor. The car is equipped with several computers that control different systems.

These systems are responsible for illuminating the different dash lights that serve as maintenance warnings, like the check engine light.

Technicians use a combination of reports from these computers, scans with shop diagnostic tools, driving tests, and their own experience to troubleshoot and diagnose a problem with a vehicle.

In some cases, it may take longer than one labor hour, resulting in additional diagnostic charges on the final bill.

Cost to Replace a Knock Sensor by Region

You should expect to pay more in labor (and overall costs) in urban areas where the cost of living is higher. And similarly, you will pay lower labor rates in rural areas.

Auto repair rates vary widely, as do the qualifications of the mechanics performing the repairs. Location, reputation, and certification all factor into the price that one shop can charge compared to another.

For example, an AAA-approved mechanic typically charges anywhere from $47-$215 per hour in labor. The cost of parts is typically between $60-$80, with the labor to install them accounting for a significant portion of the final cost to replace a knock sensor.

When you take your car in for a bad knock sensor, the mechanic will begin by diagnosing the problem based on the computer’s trouble codes.

Once they identify the knock sensor as the problem, the repair is relatively simple. Unscrewing and replacing the sensor does not require dismantling the engine or any major systems.

Once a new sensor has been installed, the mechanic will clear the codes and test the car to ensure the problem has been fixed.

How to save money on a knock sensor replacement

The best way to save money on a knock sensor replacement is to perform the labor yourself. Replacing the sensor is not a difficult task for anyone with mechanical fortitude and access to tools.

The bigger problem for most people is accurately diagnosing a knock sensor failure. While there are a few signs, those could be symptomatic of several different problems.

You will also need access to diagnostic equipment to read error codes.

If diagnostics is the problem, you can still save money by being selective about where you take your vehicles for repair. A dealer in a big city will always cost more than a mom-and-pop shop in the country.

Some drivers are happy to pay the big markup for the confidence and warranty that comes with it. Other drivers prefer to save big on the repair costs by utilizing a reputable “small guy” mechanic.

And the average cost to replace a knock sensor at a chain mechanic service like Mr. Tire is between $104-$489.

While there may be some tell-tale signs that your knock sensor is the culprit, these signs can point to more than one problem.

Let’s take a look at what goes into the diagnostics and how much you can expect to pay to identify problems caused by a knock sensor failure.

For starters, the first serious sign that a driver may notice is a check engine light. This light illuminates dozens of problems that range from something as simple as a loose gas cap to something as catastrophic as engine failure.

The check engine light illuminates when there is an identified problem with the drivetrain (engine and transmission).

And, due to the interconnectivity of the electronics on modern cars, sometimes problems in a sub-system like the ABS system will also illuminate the check engine light.

Modern automobile technology also makes it nearly impossible to diagnose check engine light problems without a computerized tool. So, when the light comes on, a trip to the mechanic is in order.

If your car can drive, you will be looking at a minimum bill of $100 for diagnostic labor, with national averages closer to $200-$250. If your engine stalls, your costs will be higher to tow it in.

The cost of repairs varies widely with so many systems involved. If your check engine light comes on, expect to pay anywhere from $20-$1200 to fix the issue.

On that spectrum, the cost to replace a knock sensor is on the lower end of check engine light repairs.

Aside from the check engine light, other symptoms that you may notice include decreased power or acceleration. This happens because your knock sensor sends a signal to the engine computer that results in reducing power outputs to prevent damage to the engine.

This directly affects how quickly you can accelerate, top speeds, and torque.

Some makes and models are equipped with a low power light (in addition to the check engine light) that may alert drivers to a potential problem with the vehicle’s powertrain.

Most daily drivers do not have this feature. But attentive drivers may still notice a reduction in power. This symptom could indicate a loose wire, faulty sensor, or bigger computer problem.

The cost to repair power reduction issues ranges from $151 to $4900 on average. Compared to this range, the cost to replace a knock sensor is on the lowest end of the range.

When looking at the cost to replace a knock sensor, it is important to distinguish between a faulty sensor that costs between $151-$545 to replace and a bigger problem with the engine that produces a knock and needs to be addressed.

In this case, the knock sensor is functioning appropriately and the maintenance need is something else (and much more serious).

We have all heard the myriad of noises that comes from an engine. Squeals, chirps, clicks, and ticks are all signs of different things.

But if what you hear sounds more like a knock, that’s a surefire sign that there is a problem that could damage your engine.

Knocking is produced when fuel burns unevenly between the cylinders of your engine. When an engine is performing well, regulated pockets of air and fuel are dispersed to the cylinders.

A small shock is produced as each pocket ignites, propelling the cycle to the next cylinder. However, uneven distribution causes premature ignition and audible knocking sounds as each cylinder fires.

This problem could be caused by faulty spark plugs, low-octane fuel, and carbon deposits among other causes. When you have an engine knock (rather than a faulty knock sensor) the average cost to diagnose and repair is between $2,000-$3,000.

This cost includes parts and labor and usually entails replacing hardware like seals, gaskets, connecting rod bearings, and cylinder head bolts. The mechanic will also flush out the engine and coolant lines.

Depending on the make and model of your car, a complete engine rebuild could reach up to $10,000 or more. This is why the job of the knock sensor is vitally important to the overall performance of your vehicle.

If you suspect a knock or a problem with the knock sensor, don’t wait to have it looked at. The damage to your engine could drive the bill up significantly.

Whether the problem is a bad sensor or a more serious problem with the engine, a warning from the knock sensor is a serious issue that requires immediate attention.

On the low end, the cost to replace a knock sensor is just $151 while the cost to rebuild an engine is at least $2k or $3k, and sometimes much more.

If you hear a knock, don’t worry. In some models, this could still be an indication of a faulty sensor disrupting engine mechanics and producing the knocking sound.

If it is addressed in a timely manner with a new sensor, that may correct the issue.

Most of the time, it is relatively simple to replace a knock sensor. The parts are between $60 – $80 and the labor is between 1-2 hours.

This results in a total price for parts and labor between $151-$545 for most makes and models. Ignoring an engine knock or potentially faulty sensor will only cause more damage to your engine.