How Much Does it Cost to Build a Water Tower? 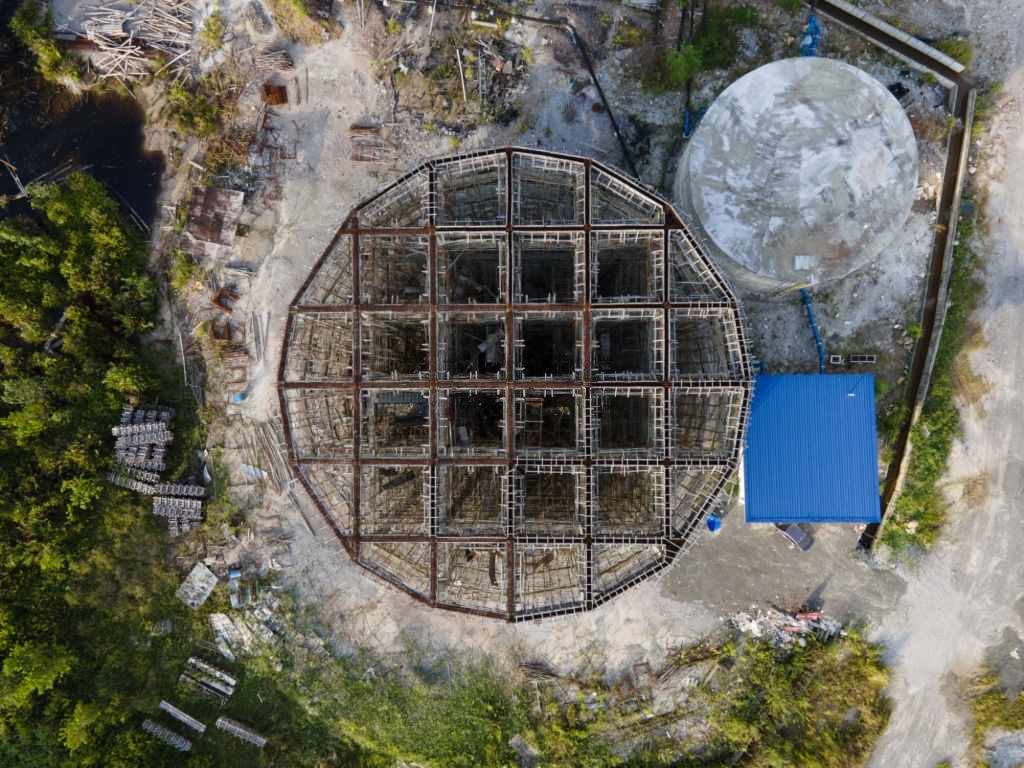 If you have ever driven out in rural areas, odds are you have seen a big water tower looming over the horizon somewhere. These giant structures are an important part of local infrastructures and provide clean water to nearby residents.

If you have ever seen one of the massive towers, you might have wondered: How much does it cost to build a water tower?

Overall, you can expect to spend $5 million to build a medium-sized water tower that can hold up to 1 million gallons. For a small private water tower for home use, you can get away with spending $1,000 if you use simple materials and build it yourself. You can also buy small prefabricated towers made of metal or wood starting at $50,000.

There are a lot of factors that determine the costs of a water tower. So we put together this comprehensive article on the cost to build a water tower. We will cover basic building costs as well as costs to install water lines and operating costs.

What Does a Water Tower Do?

Despite what many people think, the main function of a water tower is not to store water. Although water towers can hold between thousands and millions of gallons, Most towns get their water supply from underground aquifers and nearby freshwater sources.

Rather, the main function of a water tower is to pressurize water for distribution to nearby residents. First, the water is pumped up into the tower from the water source into the reservoir. Next, gravity forces the water down, creating pressure that pushes water through the local system.

The construction of water towers ensures pressurized delivery for all water in the region, such as faucets, taps, and showers. Water towers are beneficial as they keep the cost of distributing water low as gravity handles most of the work.

The water company can also shut off pumps with enough water in the tank to save energy while still providing water pressure.

Cost to Build a Water Tower

The exact cost of a water tower depends heavily on the size, materials, and location. There are two main types of water towers people build: small towers for private use and large towers for public municipal use.

Small water towers for personal use can cost anywhere between $1,000 to $10,000 on the high end. If you want a private water tower for home use, you can either build one yourself or buy a prefabricated tower.

If you decide to build one yourself, you will need to buy materials and develop the site. Steel tanks, wooden poles, and concrete to pour a base.

The basic materials should cost around $500 if you stick with simple materials like steel for the tank and wood for the tower. Pouring a concrete foundation will cost a minimum of $500, potentially more depending on the size of the tower.

However, if you have a farm or something similar that requires a large source of water, your best bet is to contact a water tower construction company.

Many companies offer pre-fabricated towers capable of holding up to 10,000 gallons for anywhere between $40,000-$50,000. Prefabricated towers are a good option because they are easy to install and do not take much labor to construct.

These kinds of towers serve towns and municipalities. They typically are large and are public works projects, not private projects.

The cost to build a mid-size water tower capable of holding up to 1 million gallons is an absolute minimum of approximately $5 million. This cost is split between design costs, construction costs, land costs, and associated fees such as inspections and permits.

Large-scale water towers require extensive planning and design. Planning will be performed by a civil engineering firm and will cost an average of $500,000.

The most expensive part of the tower is the actual construction. A municipal water tower for public use is a large structure that stands between 120-160 feet tall and holds up to a million gallons.

Considering that a single gallon of water weighs about 8.34 pounds, the average water tower needs to support nearly 8 million pounds, which is just over 4100 tons. Costs for construction will likely sit around $3 million.

In addition to the tower, you also have to install the water pipes and connect them to the water system.

Pipe installation for a large-scale tower will cost a minimum of $1 million, due to the labor required to drill in the ground and install pipes.

Other costs associated with a construction project such as a water tower include safety testing, inspections, and any necessary land pre-construction land development.

Miscellaneous fees for building a water tower come out to approximately $500,000.

Factors that Affect the Cost of Building a Water Tower

There are two main types of materials used to build water towers: steel and prestressed concrete. However, water towers throughout history have also incorporated wood, brick, fiberglass, stone, and other materials.

Regardless of the type of material, the interior of the tower and reservoir is lined with a waterproof coating that prevents the material from contaminating the water.

Generally speaking, steel is the optimal choice. Steel is strong, lightweight compared to concrete, and can easily be shaped into the spheres and cylinders used for reservoirs. However, larger water towers use a concrete structure with a reservoir contained on the inside.

Smaller towers may use plastic and other synthetic materials. The overall size of the tower limits the kind of materials you can use. For example, the largest towers will likely have to be made from concrete.

With indirect systems, gravity does the job. That is one reason why water towers are usually so tall. Every foot of vertical elevation provides approximately 0.43 pounds of pressure per square inch. So your tower needs to be as high as pressure requirements on any connected water system.

How much does it cost to build a water tower?

It can cost anywhere between $1,000 to $5 million to build a water tower. A small water tower for personal use can be built using simple materials for as little as $1,000.

However, larger towers meant to provide water to towns will cost several millions of dollars to construct and are most often government municipal projects.

Can anyone build a water tower?

If you have enough space, you could install a water tower on your property with little to no hassle or regulations, depending on your state.

However, if you want to build a water tower that will serve members of the public, you will likely have to get permission and permits from the local municipal government.

How long does it take to build a water tower?

It depends on the exact type of tower and its size, but a professional crew can remove and install a new 50-foot tower in about a day.

However, it takes much longer when doing initial work to install the piping system and connect it to the location’s water system.

How long does the average water tower last?

It depends on the materials, but most water towers last a minimum of 60 years. Some water towers in the US and other parts of the world have been in operation for over one hundred years.

How big is the average water tower?

The typical water tower capable of providing for a small town stands about 170 feet tall and can hold a total of 500,000-1,000,000 gallons of water at once However, water towers come in several sizes, with rooftop reservoirs holding a maximum of 50,000 liters.

One of the largest water towers in the world in Sweden can hold over 2 million gallons concurrently. Small private water towers for individual home use can hold less than 500 gallons.

Can I build a water tower anywhere?

No, you cannot build a water tower anywhere. Water towers need to be built in areas that have sufficient groundwater reserves. Water pumps are also less common in areas that see a lot of seismic activity through the year, such as California.

Water towers are an impressive feat of engineering and are common around the US. Private landowners can operate a small tower to supply water to their homes, and larger cities rely on giant water towers that can hold millions of gallons.

If you are planning to build a water tower, then you need to make sure you understand the construction process and whether you require any permits.