Home > Heavy Equipment > How Much Does it Cost to Build a Geothermal Power Plant?

How Much Does it Cost to Build a Geothermal Power Plant? 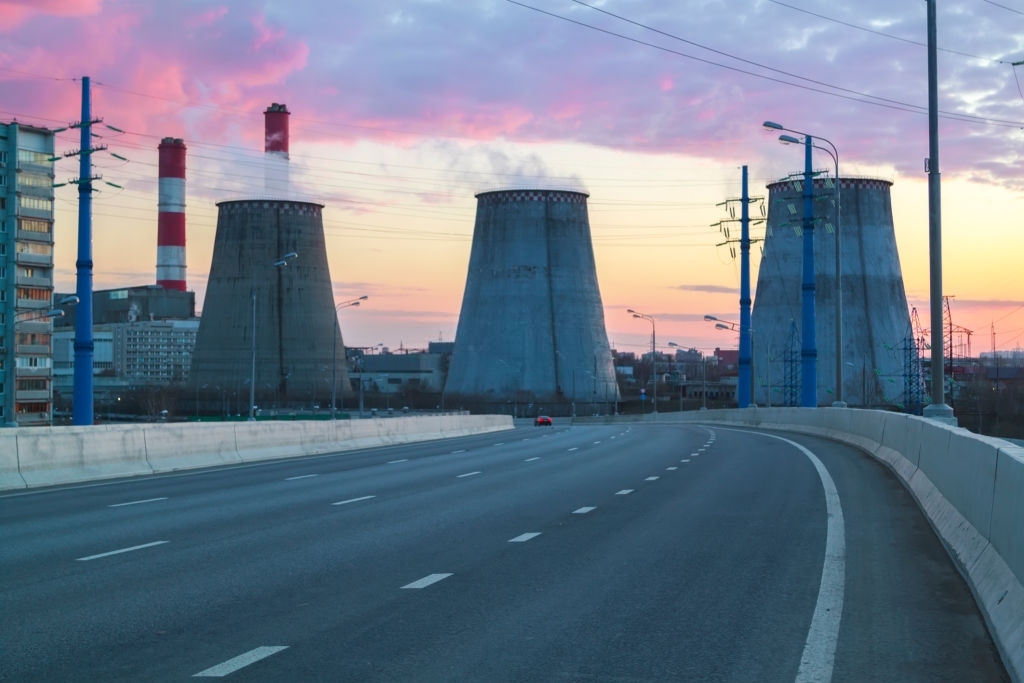 Humans are always looking for ways to produce more energy for consumption. Traditional power plants run on coal and other fossil fuels, which are bad for the environment and produce several millions of tons of greenhouse gasses.

Geothermal power plants are a novel form of electricity generation that uses heat energy from the planet core to produce electricity.

Overall, it costs approximately $200 million to build a medium-sized geothermal power plant capable of producing 500 megawatts of power per hour.

The upfront costs for geothermal power plants are the most significant cost while operating costs average out to about $0.02 per kilowatt-hour. Compared to other kinds of power plants, geothermal plants are more efficient and have a lower cost per unit of energy.

What is a Geothermal Power Plant?

A geothermal power plant is a type of electrical power plant that harnesses heat energy from the interior of the Earth. The core of the Earth is a hot molten ball of metal that radiates heat up into the mantle and crust.

Geothermal plants direct this heat energy through fluid circulation and carry it to plants to produce electricity for use.

As of the time of writing, geothermal power plants produce merely 0.4% of the total electrical output in the United States, but experts estimate that only 7% of total available geothermal energy has been tapped by countries across the world.

Further, experts predict that geothermal energy could rise to meet more than 10% of global energy demand by 2050 if given strategic investments.

The main advantage of geothermal energy over other power sources is that it offers an essentially limitless supply of clean energy generated from the planet core. Geothermal energy does not produce greenhouse gasses and also can help establish energy independence from foreign sources of fuel.

Geothermal power plants, like most power plants, have a significant upfront cost and relatively lower costs for maintenance and upkeep. The main reason why initial costs are so much is because of site development and pipeline construction.

In order to build a functioning power plant, construction workers must dig deep into the Earth’s crust to reach a spot with enough heat energy to harness.

They then have to install a complex series of pipes that can circulate fluid. Then comes the actual construction of the power plant itself.

According to the Office of Energy Efficiency and Renewable Energy (EERE), the average cost to develop a geothermal power plant is an estimated minimum of $2,500 per installed kW up to  $5,000 per installed kW.

Based on this figure, a very small power plant that produces approximately 1 MWh of energy would cost a minimum of $3 million, just for plant construction.

The actual cost will likely be in the neighborhood of $5 million once you factor in design, development, and testing costs. A more realistic power plant that can produce up to 500 MWh would cost over $200 million to build.

Large scale geothermal power plants that can produce several hundreds of megawatts of power can easily cost up to hundreds of millions to plan, develop, and construct. For example, the

Most geothermal power plants are very efficient and can run at 90% capacity full-time with little to no increase in maintenance costs. The higher level the plant is run at, the more operating costs you will have to pay.

So for a mid-sized geothermal power plant that produces 1000 megawatt-hours will incur an operating cost of between $3,000,000 and $4,000,000 per year, much lower than many other kinds of power plants.

Government and research agencies measure the cost-effectiveness of power generation using a figure called the levelized cost of energy (LCOE). The LCOE is basically a big formula that combines all the costs for an energy plant compared to how much energy the plant can produce.

The bottom line is that LCOE measurements are used to compare the economic viability of different types of energy production with one another.

According to research from the Department of Energy, the LCOE for geothermal energy in the US is approximately $44 per MWh. This figure means that every megawatt of power costs approximately $44 to produce over the lifespan of the power plant.

For comparison’s sake, the LCOE for natural gas plants was nearly $55 per MWh, and nuclear stands at $96 MWh. Geothermal energy also has a lower LCOE than solar energy at $73 MWh.

Keep in mind that LCOE measurements are not necessarily a reflection of building costs, but rather a long-term projection of the price of producing power, once all fixed and variable costs are accounted for.

One of the most significant costs for a geothermal power plan is land development. Simply put, some types of land are easier to build geothermal plants on due to soil and rock conditions on the build site.

For example, the US west has several heat reservoirs that make excellent geothermal power locations due to the rock composition of the crust.

Dry steam power plants run using steam power from the inside of the Earth. A series of pipes carry steam to a turbine generator, which spins to produce electricity. Dry steam plants are relatively uncommon because they require large reservoirs of underground steam.

Flash steam systems are the most common type and pump superheated pressurized water from deep underground. As the water rises and pressure falls, some of the water evaporates into steam, which powers the turbine and generator.

Condensed steam is injected back into the water reservoir. These kinds of thermal plants are generally the most expensive to build, but they can also produce the most power.

Binary steam plants are similar to flash team plants but use lower-temperature water. The heated water evaporates into steam and goes into a heat exchange to spin the turbine. Binary systems are generally the least expensive to construct because of the lower temperatures.

Depending on the type of land, you will have to rent different types of equipment. Large geothermal plants require specialized drilling and digging equipment, which can cost a lot to rent. Building a power plant also involves a lot of manpower and construction specialists along with engineers and site managers.

How much does it cost to build a geothermal power plant?

It will cost a minimum of $200 million to build a geothermal power plant capable of producing 500 MWh of power.

The smallest geothermal plants that produce 1 MWh would cost a minimum of $3 million to build. Geothermal power plants have a very high upfront cost due to the cost of land development and plant construction.

Can anyone build a geothermal power plant?

Like any kind of large-scale industrial structure, building a power plant requires a long process of development, planning, and regulation.

How long does it take to build a geothermal power plant?

It depends on the size of the power plant, but it takes a minimum of 6-8 weeks just to develop the land and install the circulatory pipes to transfer heat.

The construction of the main facility can take another 12-16 weeks. Further safety and stress testing can take another 4-8 weeks. So overall, you are looking at at least six to nine months to have a plant up and running, possible more.

How can I get funding to build a geothermal power plant?

Given the scope and size of the investment, geothermal power plants are almost always constructed using government funding.

How much energy can a geothermal power plant produce?

The largest geothermal power plants in the world can produce several thousand megawatts of power every day. For reference, a single megawatt is enough to power nearly 900 homes for an entire year.

Geothermal energy is an exciting new frontier that has the potential to produce an essentially limitless amount of clean, renewable energy. The main downside to geothermal energy is that there is a significant upfront cost for the machinery and infrastructure.

However, when considered over a long timespan, geothermal energy is one of the most efficient sources of energy in terms of cost per MWh or power.

Hans Engel is a seasoned heavy-duty expert with a specialty in cranes and forklifts. With over 20 years of experience, Hans has developed a deep understanding of heavy-duty equipment. Hans worked for an equipment rental company for the last 15 years.