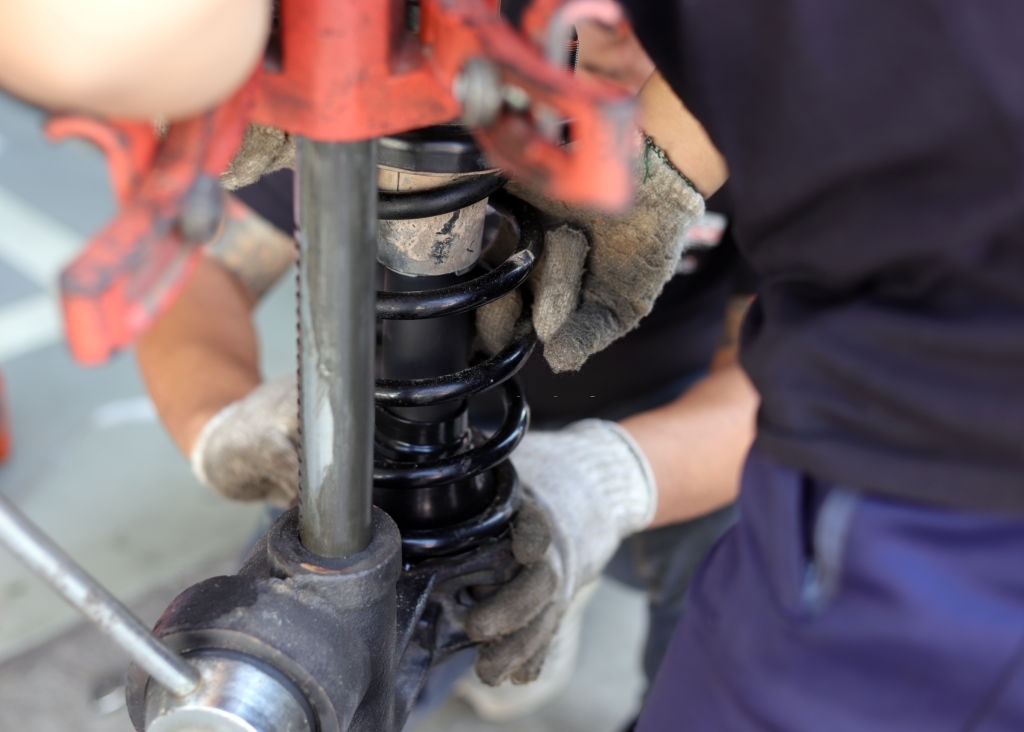 Driving on a broken suspension system can be uncomfortable and dangerous, so you should try to get the problem fixed as quickly as possible.

On average, you can expect to pay approximately $3,000 to repair a suspension system. This includes the cost of springs, shocks, and bearings.

The typical price range for a full-scale suspension repair is between $1,000 to $5,000, depending on the make and model of your car.

How Does a Suspension System Work?

However, you may only have to replace a few specific parts, which will dramatically reduce replacement costs.

Overall, the average car owner can expect to pay around $3,000 on average to replace the major components of their suspension system. The typical price range for replacement is between $1,000 and $5,000.

Below is a table showing estimated suspension repair costs for several popular car models. These prices were calculated by adding together the replacement cost for the major parts of each car’s suspension system—springs, shocks, and ball joints.

One major factor affecting costs is the number of components a car has. For example, most front-wheel-drive sedans only have two ball joints, while most trucks have at least four ball joints.

Make sure you know how much of each suspension component your car needs to have.

Suspension springs are one of the major components that absorb shock from the road. Over time, springs can become deformed and lose elasticity. The average cost for coil spring replacement is around $400.

The table below has the average price for suspension spring replacement for popular car models.

Most modern cars have at least four coil springs, and it is recommended that you replace them all at the same time so they have the same structure and rigidity. So for a Toyota Camry, it would cost about $1,000 to replace all four springs.

Shocks, also called struts, are a major structural component and handle the bulk of the force from the road. Shocks are shaped like smaller pistons and have an oil-filled hydraulic chamber that counterbalances forces from the tires hitting the ground.

Generally speaking, shocks are one of the more expensive suspension components to replace. You can expect to pay around $800 on average. Below is a table showing shock replacement costs for various popular car models.

Ball joints are the part of your vehicle’s suspension that lets the system move up and down, while also allowing the wheels to turn left or right. Ball joints connect to the control arms of your steering system and to the steering knuckle.

When ball joints break, it is harder to control your car. Ball joints are less expensive than many other car components. A typical ball joint replacement will cost approximately $160 each.

Most cars have at least two ball joints in the front, so you are looking at at least $300 to replace front ball joints. The table below has the average cost of ball joint replacement for various car models.

There are about 5 common types of suspension systems. They all have more or less the same core parts, but they may be in a different configuration or have additional parts that other systems do not have. Make sure you understand the kind of suspension system you have before buying parts.

Factors that Affect the Cost of Suspension Repairs

Your suspension system has several parts and some repairs will be more expensive than others. For example, a broken spring will probably cost much less to replace than a broken shock absorber or your suspension frame.

Your car’s make and model will also affect costs. High-performance and luxury models may have special parts and technology that makes repairs more expensive.

For instance, it will probably cost more to repair the suspension on a BMW 328i than on a Honda CRV.

If your car is over 10 years old, it may be more cost-effective to replace the entire suspension system rather than just parts. A brand new suspension system will last longer than an old one with some new parts.

Signs of a Bad Suspension System

Here are the most common signs of a bad suspension system.

The most obvious sign of a broken suspension system is increased vibration or shocks. If you start to feel every bump in the road, it could be a sign that your struts or your springs are broken.

One thing the suspension system does is keep the car’s body level when it accelerates or decelerates. If you notice your car lurching forward and dipping when you press the brakes, then it could be a problem with your springs or struts.

A broken suspension system can increase your car’s stopping time by up to 25%.

If your shocks or control arms are worn out, then you may have difficulty keeping the car straight on the road. A broken suspension system no longer provides a counterbalance against the wheels turning, which makes them more susceptible to wobble while driving.

Another common sign of a broken suspension system is uneven wear on your tire treads. When the suspension breaks, it’s not evenly distributing the weight of the car, so one side leans heavier than the other. The result is that one side of your tires will wear down faster.

The shock absorbers contain a special kind of oil that absorbs vibrations. If you notice an oily mixture dripping out of the bottom of your car, then your shock absorbers could be cracked and not doing their job properly.

How much does it cost to fix a suspension system?

Overall, it will cost you an average of $3,000 to replace the major components of your suspension system. The typical price range is between $1,000 to $5,000, depending on what components you need to replace.

Most of the time, you won’t have to revamp your entire suspension system and can instead replace only the parts that are broken.

What are the major parts of a suspension system?

Suspension systems have a ton of parts. But the major components that are most likely to fail include the springs, struts/shock absorbers, linkages, bearings/joints, and your wheels/tires.

Some parts are more important than others. For example, a deformed spring is less of an issue than a cracked struct or broken bearing joint.

What are the most common causes of suspension damage?

The most common sign of a broken suspension system is rough vibrations and bumps while driving. You may also notice difficulty braking or turning, and drifting while driving straight.

Most of the time, issues are localized to a specific part, so you won’t have to replace the entire system.

Can I drive on bad suspension?

Without a suspension system, your ride will be bumpy and uncomfortable, and you may lose control of your car. Moreover, driving on broken suspension can hurt your tires and axles.

How often should I replace my suspension system?

It depends on how often you drive, but, generally speaking, you should consider replacing your shocks and struts after about 100,000 miles.

Some parts of your suspension system, such as the frame, are meant to last the entire lifespan of the car and shouldn’t need replacing unless they are damaged in an accident.

Can I fix a suspension system on my own?

You can, but it is not recommended unless you have extensive experience working with cars. Suspension systems involve many parts working in tandem, and if one of them is unaligned, your system’s effectiveness can be compromised.

Fixing a suspension system also requires a lot of labor and specialized tools the average car enthusiast probably doesn’t have. So we highly recommend going to a professional for suspension repairs.

Your suspension is not only important for your comfort, but will also protect the other parts of your car, such as the tires, axles, frame, and steering system.

So, it’s in your best interest to take care of any suspension problems quickly, before they turn into an expensive problem down the road.