How Much Does Engine Cradle Replacement Costs? 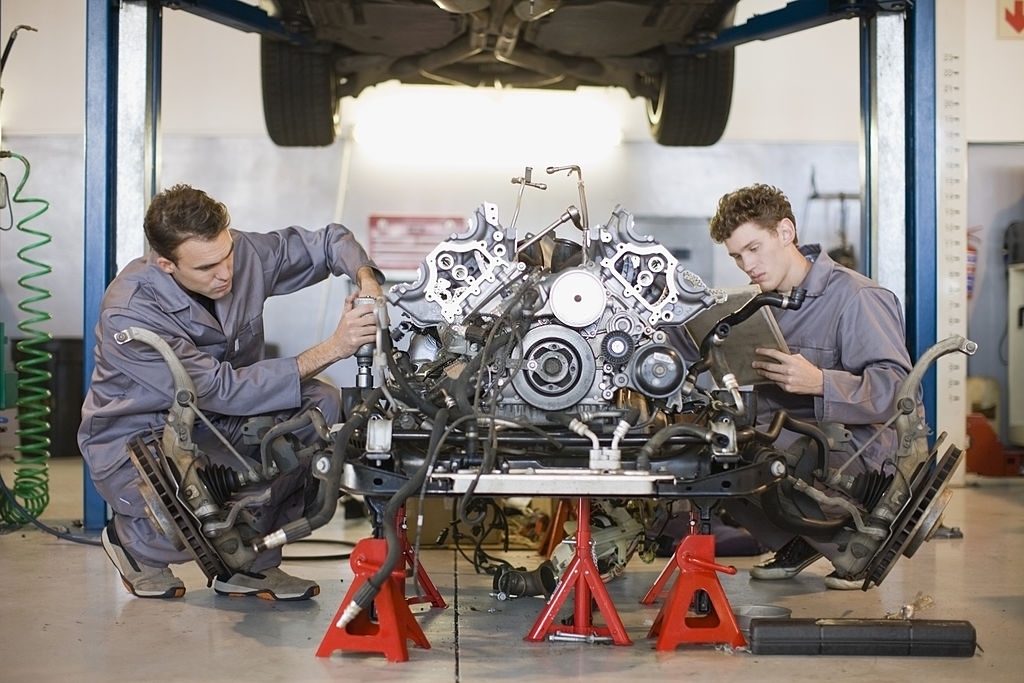 The engine cradle provides structural support to the powertrain system, suspension, and axle. This component, also known as a subframe, may become damaged in a collision or due to impact.

If this is the case with your vehicle, you’ll likely need to have the engine cradle replaced.

The parts cost is usually between $150 and $400, with the remainder of the price being the labor charges.

How Much is it To Replace an Engine Cradle?

Your vehicle’s engine cradle, also known as the subframe, is designed to last for the life of the vehicle. Most people will never have to worry about repairing or replacing this important component.

However, if you find that you’re one of the less fortunate owners with a damaged engine cradle, it means that you’ll need to take steps to have the damage assessed and resolved as soon as possible.

The cost to replace an engine cradle can vary quite a bit from one vehicle to the next. Depending on your vehicle’s make and model and what type of engine cradle you purchase, the parts typically cost between $150-$400.

Where you take the vehicle will also play a large role in the cost. You can purchase replacement parts from an online retailer or local garage to help save some money versus having the dealership order the engine cradle for you.

Another option is to look for a used subframe that’s in good condition. You may be able to find what you need at a salvage yard for a great price if you’re willing to go that route.

Replacing the engine cradle is a labor-intensive job. It requires removing many of the vehicle’s internal components, disconnecting parts of your engine, then reassembling and reinstalling all of the various parts when complete. You’ll also need to have your wheels realigned after the new cradle is installed.

The labor charges for replacing your engine cradle will depend on the vehicle’s make and model and where you take your car for the work.

In most cases, it should take anywhere from four to eight hours for the mechanic to replace your engine cradle, meaning that you’re looking at $340-$1,000 for the labor.

Keep in mind that the hourly rate for labor at the dealership will typically be much higher than a local garage or even a chain shop. You can potentially save hundreds of dollars by just shopping around for a better quote on the labor alone.

The engine cradle is built to last for the lifetime of your vehicle, so you may be wondering what could cause such damage to this component that would cause it to need to be replaced.

In most cases, the engine cradle gets damaged in an accident or some hard impact to the vehicle or suspension system. Many drivers with cracked or broken engine cradles report having struck a curb, pothole, or some other object in the roadway.

In other cases, the engine cradle may become damaged due to rust, which can be even more difficult to resolve. If the rust has spread to other parts of the frame, you may be looking at a more severe issue than just the engine cradle itself.

In some areas, the potential for rust damage is higher because of salt used on the roadways to melt ice.

A good way to prevent this type of damage is to keep up with your regular maintenance and inspection schedule and try to wash or rinse your engine’s undercarriage regularly enough to remove the salt before it can cause damage.

Can You Repair a Damaged Engine Cradle?

In most situations, it’s not recommended that you try to repair damage to the engine cradle. Usually, it’s better to go ahead and replace the damaged components.

If the damage is due to rust, you should definitely replace the engine cradle rather than attempting to do repairs. Attempting to patch or weld together a broken engine cradle can put your vehicle at risk for further damage if the repair fails.

It’s also unlikely that the alignment will be perfect, which may continue to cause problems.

In addition, an engine cradle that’s bent or has other imperfections can throw off the alignment altogether, causing issues with steering, and tire wear, and could even cause damage to your suspension or motor mounts.

Replacing an Engine Cradle Yourself

If you’re more of a DIY kind of person and you prefer to do the work yourself, you can definitely save some money by replacing your own engine cradle.

Replacing the engine cradle yourself usually costs under $500, and could be as cheap as $125-$200, depending on your vehicle and where you purchase the new cradle from.

You can save a lot of money if you can find a used engine cradle online or at a salvage yard, but this won’t be an option for every vehicle.

You’ll also need a hoist to lift the engine while you remove and replace the engine cradle. If you don’t have one available to use, you can purchase one for $150-$450.

Of course, that sort of investment only makes sense if you plan to use the equipment again at some point. Otherwise, you might as well take the vehicle to a garage and have it done by a professional.

Engine mounts are what keep your engine stabilized and connected to the contact points on your vehicle’s frame, including the engine cradle.

Problems with your engine cradle that aren’t resolved can lead to damage in other areas, including engine mounts. Similarly, issues with these two components are sometimes confused for one another, as they have some of the same symptoms.

In addition, if you have a collision or impact to your vehicle’s frame that damages the engine cradle, there’s a possibility that the engine mount (or mounts) was also affected.

It typically costs between $225 and $650 to replace an engine mount, depending on your vehicle’s make and model and how long it takes the mechanic to perform the work.

If you have a faulty engine mount, you may experience some of the following issues:

Vibrations from the engine

If your engine mount is not keeping the motor stabilized properly, you may feel vibrations caused by the engine making contact with various parts of the frame and engine cradle.

Typically, the vibrations will be more noticeable on the passenger’s side of the vehicle.

If the engine mount isn’t fitted properly or if it breaks, your motor will not be secured in the cradle. That means it will be unstable and may shift with the movements of your vehicle.

This is a big problem (and can be very dangerous), so you shouldn’t drive your vehicle until the engine mount has been replaced.

Unusual sounds from the engine

If your engine isn’t secured properly, you may hear unusual knocking and banging sounds. This is caused by the engine shifting, shaking, and vibrating under the hood.

Your engine mounts are designed to absorb vibrations from the engine so that your drive is nice and smooth (and quiet). If you hear these sorts of sounds, you should take your vehicle in to have it checked right away.

Damage to your belts and hoses

If the engine mount fails, the delicate belts and hoses under your hood are going to be at risk of damage. This is due to the engine’s instability as it makes contact with different parts of the frame and engine cradle, causing vibrations and impacts on unprotected components.

If you find that these parts are sustaining excessive damage or failing unexpectedly, have your mechanic check the engine mounts.

It’s a good idea to have your engine mounts inspected periodically (check your manufacturer’s recommendations), and definitely have them checked out if you notice any of the symptoms.

If the motor mounts look like they’re moving around too much, show signs of cracking or separating, or if you see any signs of fluid leaking from them, it’s time to have them replaced.

Most people won’t have to worry about replacing their engine cradle, but in some cases, it’s necessary if you sustain damage to your frame in an accident or other impact. Most commonly, people need to replace the engine cradle if they hit a curb or other object very hard or if the frame underneath the vehicle has severe rust damage.

If you end up needing to replace your engine cradle, you should expect to pay between $150 and $1,500, depending on your vehicle and where you take it. A dealership will be the most expensive, so you would be better off getting a few quotes from local garages or body shops.

The good news is that the work is fairly easy with the right equipment and should only take an experienced mechanic a few hours. If you take your vehicle in for the repairs before the damaged engine cradle causes any additional damage, you’ll be back on the road in no time.