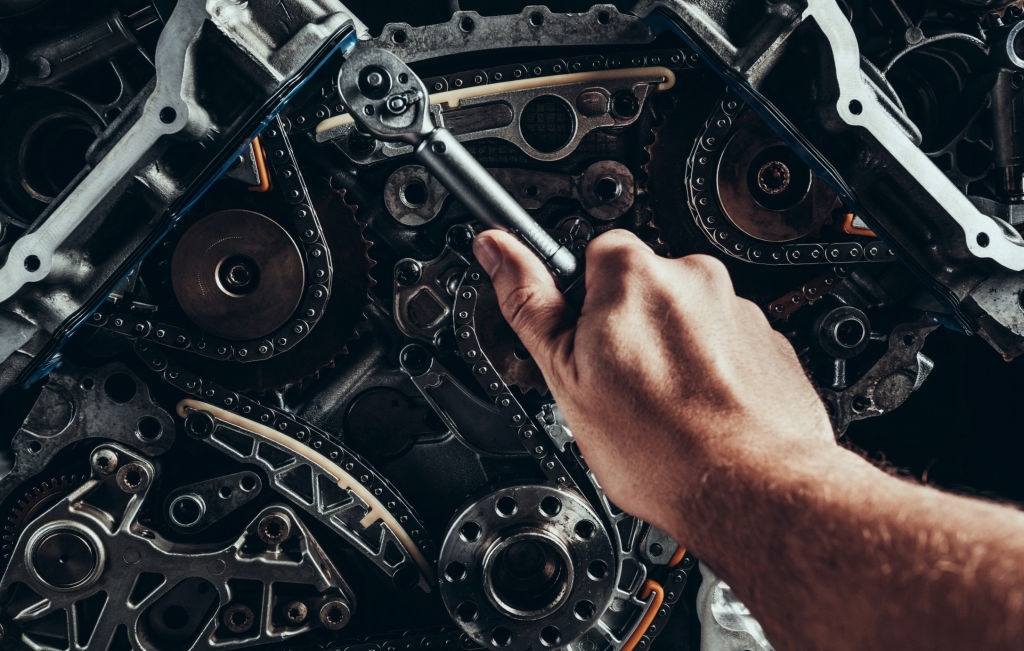 Ford V10 engines are high-performance engines that you may at some point need to replace due to faulty parts or malfunctions.

While V10 engines are supposed to be high quality and last around 200,000 miles, if you need to replace them, you should be aware of the associated costs.

In this cost guide, we’ll explore the costs associated with replacing this engine in Ford vehicles by comparing different factors.

The costs of replacing a Ford V10 engine will differ based on whether or not you pay for professional labor. Some individuals may find that their knowledge of auto labor is sufficient enough to do a DIY engine replacement.

In this case, you will pay less overall, given that you aren’t paying an hourly auto labor rate or extra fees. Otherwise, you can pay for both parts and labor.

Below, we’ll break down the costs associated with both DIY and professional labor for this replacement job. We’ll also cover discrepancies in the cost of V10 engines among different retailers.

And we’ll look at factors that affect the cost of this auto replacement job, such as auto labor rates in different locations, costs for different Ford vehicles, and more.

You may feel that your knowledge of mechanics is good enough to replace your vehicle’s engine on your own. If this is the case, you could save a lot of money on labor costs.

Given the fact that the average cost of Ford V10 engines (this is parts alone) is around $3,500, a DIY installation will cost you around $3,500.

To get a better idea of the price of replacement parts, take a look at these price quotes for new Ford V10 engines for sale at online retailers.

Note that if you purchase parts online, prices will vary depending on taxes, shipping costs, and whether or not you’re purchasing the engine at its MSRP or not.

This V10 engine is fit for 2005-2009 Ford F-Series trucks. It’s a remanufactured crate engine designed to weed out any engine malfunctions or issues. Adding the core charge costs an extra $960.

Unfortunately, not everyone has the skill, time, or knowledge to do auto labor at home. It can be arduous work, and replacing an engine isn’t exactly something to do without serious planning or on a whim with a YouTube tutorial.

If you can’t DIY this replacement job, then you’ll need to turn to an auto body shop and pay for professional labor.

On average the cost of professional auto labor across the US is about $105 per hour. However, it could range anywhere from $80-$130 per hour depending on your location and other factors.

On average, it takes an auto body shop around 12 hours of labor to remove and replace a vehicle’s engine. Obviously, this estimate could be slightly faster or slower, depending on what type of vehicle you have.

However, it’s safe to estimate that, given the time frame and average hourly rate of labor, you’ll pay around $1,260 for professional labor when replacing an engine.

While many people make sure to know the one-time costs of replacing certain vehicle parts, you should also know about the long-term costs. Some parts will need to be replaced more than once, such as parts that are known to be faulty.

Since these issues tend to be common with this type of engine, let’s look at how often you might need to replace your Ford’s V10 engine.

And, if you tend to use your Ford for high-performance jobs or use your Ford frequently, which most drivers do if they own Fords that use the V10 (Super Duty models), your engine could fail before then.

This means that it’s likely you’ll have to replace your Ford’s V10 engine twice at most, but more probably once. Therefore, the long-term costs of replacing a V10 engine are about $4,760-$9,520.

Factors Affecting the Cost of a Ford V10 Engine Replacement

There are several things that may cause fluctuations in the overall price of an engine replacement. We already considered the possibility of replacing your Ford V10 engine at home to save money.

But aside from that, you may find that costs vary depending on the type of Ford vehicle you own, how old your vehicle is, where you live, and whether or not you have to get associated repairs.

There are several Ford models that are known for using the V10 engine. These include the Ford Excursion, E250-E450, and F250-F550 models.

If you have an E250-E450 model, especially from the earlier model years, it’s likely that you’ll have to pay more to replace the V10 engine since the engines have faced lots of changes over the years.

On the other hand, owners of Ford Excursions may face less significant issues with their model since its main issue tends to be failing spark plugs. Due to this, you’ll likely spend less on a V10 engine replacement if you have a Ford Excursion.

Your location also greatly affects the cost of repairs and replacements when it comes to your Ford vehicle. Across the US, auto labor costs and rates vary.

In fact, CarMD estimates that the average cost of vehicle engine-related repairs varied in 2020 from state to state

When you get your engine replaced, there are a few standard extra costs you may have to pay that aren’t included in the cost of engine replacement.

Below, we’ll look at the average cost of this extra auto work for different Ford V10 models. Note that these figures represent averages over different model years and different labor rates across the United States.

As you can see in the compared costs in the above table, costs for associated auto labor, such as an oil change, will vary depending on which Ford V10 model you own.

It tends to cost more for oil for the Excursion, F250 Super Duty, and F350 Super Duty models than it costs for the E-series models.

And when it comes to coolant flushes, you’ll pay around $85-$200 depending on your V10 vehicle. Costs vary, so keep this in mind and consider flushing the coolant yourself if you’re able to.

Depending on which Ford V10 model you have, costs will vary, and you’ll also see cost fluctuations based on where you live.

Keep in mind that an engine replacement is not a frequent part of vehicle maintenance, so long-term costs shouldn’t exceed these estimates by too much.