How Much It Cost To Replace a Car AC condenser? 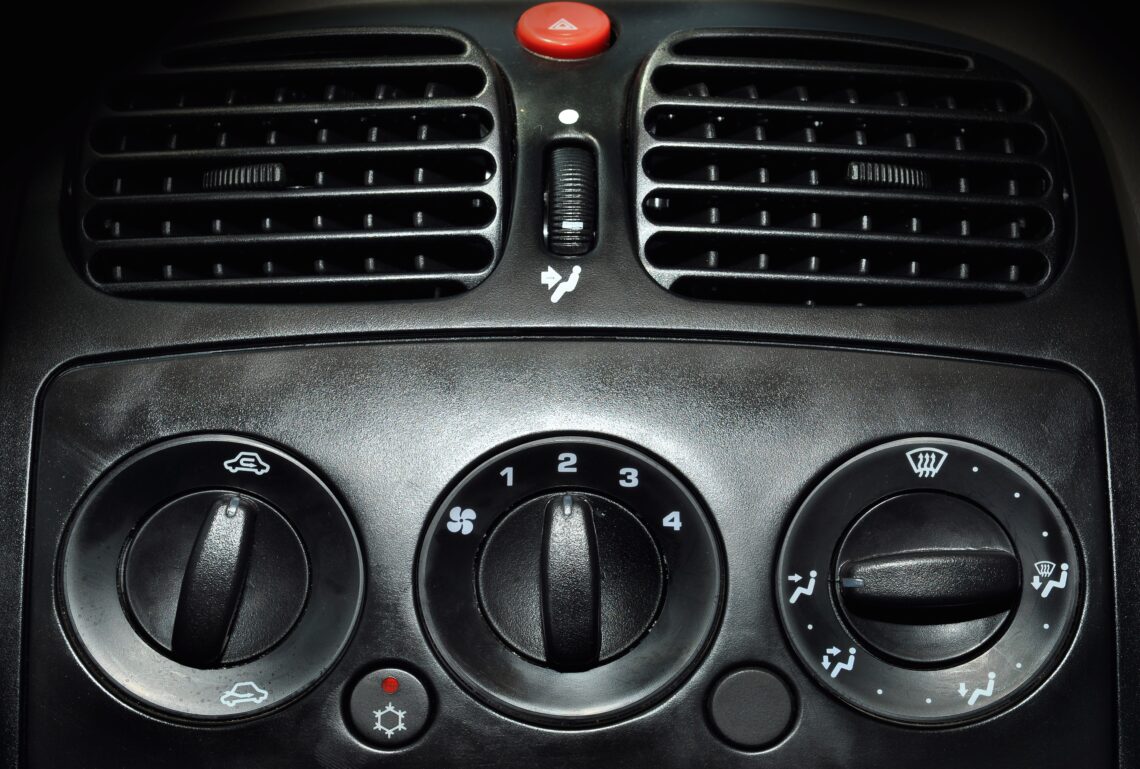 There’s nothing worse than having your AC go out in your car, especially during the hot summer months.

AC condensers typically have to be replaced due to physical damage from an accident, debris buildup inside the cooling system, or failure due to leaks.

With the high costs associated with vehicle repairs, many people like to know what to expect before taking their car to the mechanic.

Most people pay, on average, around $580 to replace their AC condenser.

How Much is it To Replace an AC Condenser in a Car?

The total cost to replace a vehicle’s AC condenser depends on several factors including the make and model of the car, its age, and the labor involved. Geographic location may also impact the average price.

Most people should expect to pay between $525 and $650 to replace the AC condenser in their vehicle.

Some very common cars, like a Honda Civic, may cost less. On the other hand, large trucks and certain imports may cost more.

The labor for the job also varies widely, but most people will pay between $200 and $400, with the price potentially being higher for more complex jobs. For most vehicles, the parts for replacing an AC condenser will cost between $100 and $720 or more, depending on how many components need to be replaced and the type of condenser needed.

Replacing an AC condenser in your vehicle is something that should be done by a professional because it requires special tools, and training, and involves refrigerant which is both bad for the environment and illegal if it’s accidentally released into the air.

Cost to Replace an AC Condenser By Vehicle Type

One of the biggest factors in pricing a replacement AC condenser is the make and model of the vehicle. This will typically dictate how much labor is involved and how expensive the replacement parts are. The cost can vary greatly depending on what kind of car you have.

For example, replacement AC condensers in a Honda Civic or a Honda CR-V are typically less than a Nissan Altima or a pickup truck like a Chevy Silverado.

Labor Cost for Replacing an AC Condenser in a Car

The bulk of the cost for replacing a car’s AC condenser is the parts and materials. The condenser itself can range anywhere from around $100 to well over $700.

The labor cost may vary depending on how the shop charges for labor. Some mechanics charge per hour while others charge a flat rate for large jobs.

Most people pay, on average, between $185 – $240 for labor when they have the AC condenser replaced in their vehicle.

According to AAA, auto repair shops charge anywhere from $47 per hour up to $215 per hour, mostly based on the shop’s cost of doing business.

With the large range of hourly rates, it’s helpful to shop around and get quotes for the labor costs before you choose a mechanic to do the work.

Replace your car’s AC condenser, it should typically take between three to five hours to complete the work. That means that for a mechanic that charges for labor by the hour, you could be paying anywhere from $141 to $1075 for labor.

For that reason, it’s usually better if the shop agrees to do the work for a set rate, rather than to clock the hours and bill you for labor at the end. The estimate should include an “out the door” quote.

Who Can Replace an AC Condenser?

Most service centers are qualified and capable of replacing your vehicle’s AC condenser. It is a straightforward job that most local mechanics or larger chains can handle.

However, the cost may vary depending on where you take it.

It’s also possible to purchase the parts separately and do the work yourself. This is a good option if you’re skilled in auto repairs (or know someone who is), but it’s not advisable otherwise.

The job is too complex for an inexperienced repair person.

When deciding where to take your car to have the AC condenser replaced, it’s a good idea to consider what’s included and not just the bottom line price.

There is a slight difference in the high-end price estimate, but NAPA offers a 2-year warranty compared to YourMechanic’s 12-month warranty. It’s also helpful to look at what’s included in the estimate to make sure there are no extra add-on charges, like waste disposal or refrigerant, which you would need to consider for true price comparison.

A faulty AC conditioner can cause several issues that may lead you to the source of the problems. Recognizing the symptoms of a bad AC condenser can help you to recognize the problem sooner and potentially save some money on repairs in the long run.

One of the most common signs is warm air blowing out of the vents. This could be due to a blockage in the AC condenser or other physical damage restricting the airflow.

If it is just a blockage, it may be possible to flush your AC system instead of replacing the whole condenser.

Not all manufacturers recommend this solution, and whether it’s a viable option may depend on the vehicle, the style of condenser, and what kind of debris or contaminants are in the system.

If you decide to go this route, a typical AC recharge costs around $200 but may be more or less depending on the labor and time involved.

Before performing this service, however, make sure to do some research. Some mechanics strongly advise against flushing the compressor, because it can push the sludge into the entire AC system, causing major damage.

In some cases, it may even void your warranty.

There are many causes for an engine to run hot, but one possibility is a faulty AC condenser. The condenser circulates refrigerant which helps keep the engine cool.

If the condenser has too much heat built up, it will not be able to cool down enough when the vehicle is in motion. This can result in the engine running hot while you’re sitting at a red light.

However, your vehicle’s cooling system is extensive and there are many components working together to regulate the temperature under the hood.

The AC condenser is just one part that can affect your temperature gauge. You should always have your vehicle checked out by a mechanic right away if it’s overheating.

Normal wear and tear can lead to coolant leaks over time. Physical damage can also cause leaks, as the coolant inside the AC condenser is pressurized.

If you notice coolant in your driveway or garage, it may indicate a problem with your AC condenser.

However, coolant can also leak from the radiator, cap, hoses, or the water pump. If this is the case, you will also probably experience overheating, so it would be a good idea to have the vehicle checked out as soon as possible.

If heat builds up in the AC system and the temperature in the engine components gets too high, it may start to burn off any buildup under the hood.

Friction and the built-up heat can cause things to melt and burn, causing a smell that you may notice through the AC vents.

If you notice a burning smell, you should get the vehicle to a mechanic right away because it could be a serious problem that will only get bigger and more expensive if it isn’t addressed.

In this case, the AC condenser may need to be completely replaced.

Other Costs to Consider With AC Condenser Replacement

When you replace your AC condenser in your vehicle, there are some other items that should also be replaced during the same service, if possible.

It’s better for your car’s performance and will save you some money in the long run by doing it all at once.

According to AA1 Car, if your AC compressor fails, you should replace the accumulator or receiver drier assembly, any AC hose with a muffler or in-line filter, and the expansion valve or orifice tube.

These will be added costs, but doing the work at the same time as a major repair like replacing the AC condenser will be more cost-efficient.

In addition, these components typically wear down at close to the same rate as the AC system, so even if they haven’t failed, you may be able to prevent a breakdown in the future.

How to Save on AC Condenser Replacement Costs

It’s always a good idea to shop around and get several estimates before committing to a service technician. You should ask for an estimate or proposal which includes a breakdown of both the parts and labor costs, as well as any additional shop fees.

Seeing where the estimates differ, you may have some room for negotiation. For example, if one mechanic quotes you higher on labor, ask if they can match their competitor’s rate.

The worst that can happen is they say no, so it doesn’t hurt to ask.

However, you should also consider the shop’s reputation and reviews, certifications, and what kind of warranty they offer.

It’s helpful to remember the expression “you get what you pay for” when it comes to big investments like your vehicle and repairs.

Knowing what to expect can help you make a better-informed decision on how to proceed with the job.

Replacing a car’s AC condenser can cost anywhere between $200 to over $1000, depending on the make and model of the vehicle, the vehicle’s age, and the geographic location.

However, most people should expect to pay between $500 and $600. It’s a good idea to consider the other costs associated with having work done on your car’s AC system and replacing other parts that may be needing service soon.

Many auto shops are capable of performing the work, so it would be helpful to get several estimates. Make sure to consider the shop’s reputation and reviews, as well as the warranty on the parts and labor when making a decision.