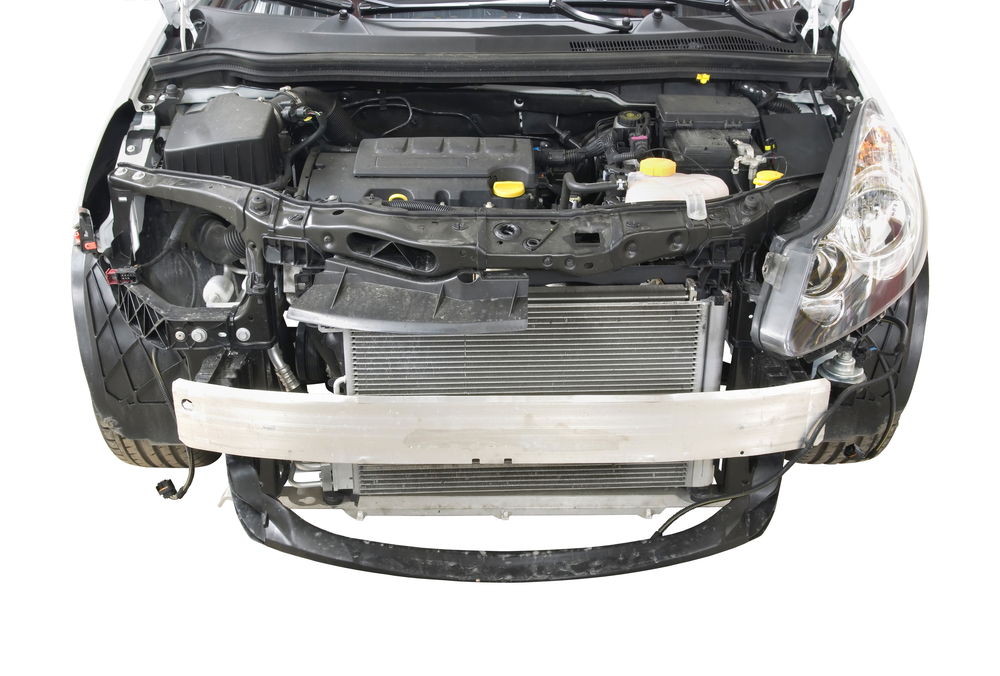 While it may not seem like an important part of your vehicle, your radiator fan plays a key role in safe operation. If your radiator fan is going bad or has failed, you’re probably wondering how much it will cost to replace it.

Typically, the cost of replacing your radiator fan will range between $400-$1,000. The average price is typically between $500-$700. If you have the knowledge, skills, and tools to do so, you can save a couple of hundred dollars by replacing it yourself.

Below, we’ll discuss more information on the cost of replacing your radiator fan. Keep reading to learn everything you need to know about all this and more.

How Much Does It Cost to Replace a Radiator Fan?

When your radiator fan stops working, a bad motor may be the cause. If this is the case, you typically need to replace the radiator fan assembly.

The exact cost of replacing your radiator fan will vary based on a couple of factors. These include the make and model of your vehicle and whether you replace it yourself or have a technician do it. The shop you take your vehicle to will also impact the price.

How Much Will It Cost for a Mechanic to Replace?

Most mechanic shops charge between $75-$125 per hour for labor. Replacing a radiator fan takes anywhere from 1.5-3 hours, making the average cost of labor between $115-$375.

Depending on your vehicle, a new radiator fan assembly could cost anywhere from $100-$600. After all, is said and done, it could cost you between $400-$1,000 to have your radiator fan replaced professionally.

The table below highlights the average cost for a mechanic to replace the radiator fan in a few different vehicles makes. While these are the average prices, the actual cost may differ based on where you live and your vehicle’s model.

How Much Will a DIY Replacement Cost?

If you have a good working knowledge of car repairs, replacing the radiator fan yourself is an option. Because you’re not paying a mechanic for your labor, this can significantly decrease your total investment.

As mentioned above, a new radiator fan assembly costs anywhere from $100-$600. In the table below, you can see the average cost of this assembly for several types of vehicles.

In addition to the fan assembly, you’ll also need the right tools for the job.

To successfully replace your own radiator fan, make sure you have the following tools

Luckily, none of these tools are very expensive. You may even have many of them laying around your garage! Here’s what you can expect to pay for each tool.

If you have all these tools, you will only need to purchase the fan. If you don’t have any of them, however, plan to spend an extra $130-$260.

What Does a Radiator Fan Do?

Your vehicle’s radiator fan plays a key role in preventing the engine from overheating. As you drive, air flows over your coolant naturally, keeping the engine at the right temperature. However, when you are driving slowly or idling, the radiator fan needs to turn on to keep the coolant flowing.

A thermostat in your radiator controls the radiator fan. Older vehicles typically use a built-in clutch to control this. In newer engines, the fan is controlled by an electric motor.

A properly-functioning radiator fan is necessary to prevent your engine from overheating while idle. If the fan ever stops working, you risk severe engine damage.

Symptoms of a Bad Radiator Fan

There are a few ways you’ll be able to tell that your radiator fan is not working properly.

A few of these symptoms can signify other problems with your vehicle. However, have the problem diagnosed if you notice more than one at once.

Because the coolant is not getting enough airflow when idle, you may notice a rising engine temperature. This will be highest while your vehicle is idle, and it will lower once you start moving again.

Overheating can cause severe engine damage in a short amount of time. If you notice your vehicle overheating while you drive, pull over and turn your car off.

Noise Coming from the Fan

If your radiator fan is wearing out, you might hear a whirring sound or loud clicking coming from under the hood. This can also happen if the fan blades wear out and make contact with other engine components.

Sometimes, your engine will recognize an issue with the radiator fan and turn on the check engine light. This will typically only happen if the fan has failed completely.

In some vehicles, the computer will recognize a problem with the air conditioning system, also illuminating the check engine light.

When the radiator fan is damaged, the condenser will fail. This means that warm air will blow out of your cabin’s vents, even when the air conditioning is on full blast.

Can You Drive with a Bad Radiator Fan?

You should never drive without a working radiator fan. When your fan is not able to provide airflow to the coolant system, overheating is very likely.

This is especially important if you live in an area with heavy traffic. Whenever your vehicle is idle, it’s susceptible to overheating. Overheating can cause severe engine damage quickly, and may even lead to a seized engine.

How Often Does a Radiator Fan Need to be Replaced?

Most newer cars use electric radiator fans, which are much less prone to problems than mechanical fans. Because of this, most vehicles do not need their fans replaced on a regular basis.

While many radiator fans last for the vehicle’s entire lifetime, they still can fail. However, this is usually a one-time occurrence.

How to Diagnose a Bad Radiator Fan

Typically, overheating is one of the first signs you’ll notice in a bad radiator fan. However, many different things could be causing engine overheating.

How to Replace a Radiator Fan

Before you decide to replace your radiator fan on your own, be sure you have the proper skills and tools. Replacing this fan requires removing a lot of components, including screws, bolts, and potentially, hoses.

Before you begin, you’ll need

Once you have everything you need, follow the steps below to successfully install a new radiator fan.

Can a Radiator Fan be Repaired?

There are many reasons why your radiator fan may fail. Out of all these causes, only a broken motor or damaged blades will warrant a full radiator fan assembly replacement. If you have vehicle diagnostic skills, you may be able to pinpoint the exact problem.

If you do not have the skills to diagnose your fan problem, bring it to a mechanic. They’ll be able to tell you exactly what’s causing the issue. If the problem is due to any of the following issues, you will need to address it in another way.

A Damaged or Blown Fuse

Almost every electrical component of your car is powered by an electric fuse. Blown fuses occur when the electrical surge cuts power to a certain component. Whatever the fuse was powering will no longer work until you get it replaced.

A fuse is an easy, inexpensive fix. However, a blown fuse could signify other problems with your radiator fan.

When your coolant is low, there’s a better chance for air to enter the system. This may cause your coolant temperature sensor to malfunction, leading to the fan not turning on when it should. In order to prevent problems with your radiator fan, always make sure to maintain the proper level of coolant.

Your coolant temperature sensor is what tells your fan when to turn on or off. If the sensor stops working correctly or breaks, it cannot tell the computer when to turn the fan on.

In some vehicles, there is a separate control module for the radiator fan. It’s typically located in the engine bay, where it’s exposed to a lot of heat, dust, and debris. Over time, this could lead to corrosion, causing it to work improperly.

Over time, your vehicle’s electrical connectors could begin to corrode due to normal wear and tear. If any of the plugs or wiring to the radiator fan have corroded, the fan may stop working.

In vehicles with an electrical fan, a radiator fan relay controls the fan’s operation. This relay is usually between the coolant system and the radiator fan assembly. If you have a faulty relay, the fan may not turn on when it’s supposed to.

Depending on many factors, replacing a radiator fan could cost anywhere from $400-$1,000. Replacing it yourself can save you some money in labor costs. However, you need the proper knowledge and tools to replace it successfully.

Make sure to remedy any problems with this fan as soon as possible. If you ignore it for too long, you risk severe engine damage in the near future.