Home > Automotive > How Much Does Bent Valves Repair Cost?

How Much Does Bent Valves Repair Cost? 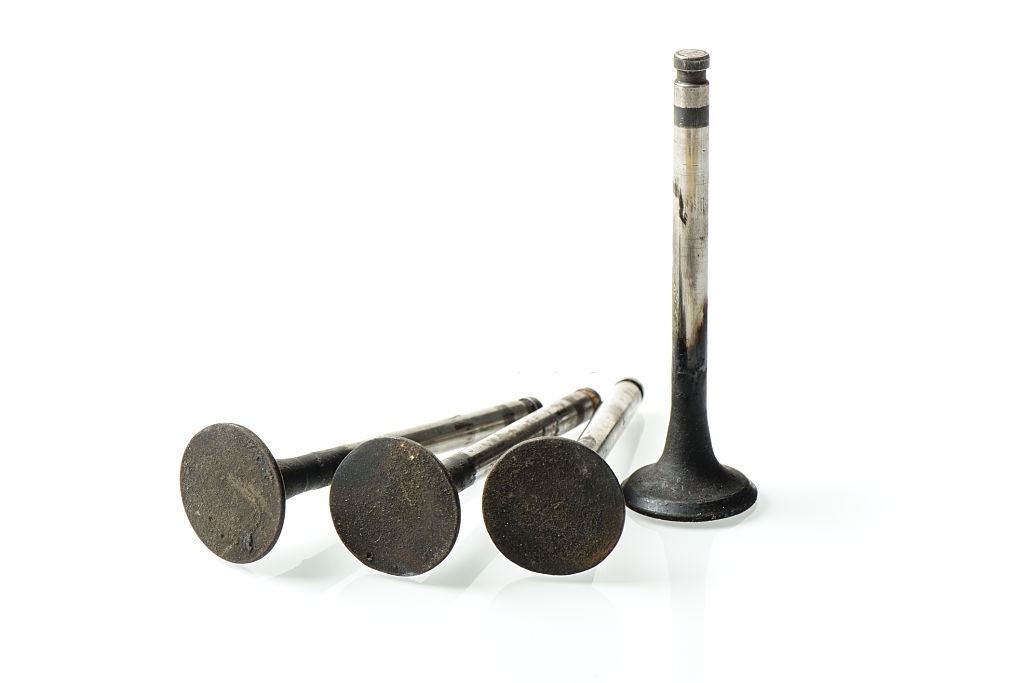 Valves differ due to engine model differences, and an exhaust valve in a typical passenger car can last for many years and probably use more than 100 000 miles, but in a drag racing engine, the exhaust valve would last for less than two seasons while titanium valves in NASCAR motor after a single race have to be changed.

A valve regulates and controls fluid flow in an engine; this fluid can either be liquid, gas, or loose materials. Other functions of the valve include; starting and stopping the flow of fluids, throttling the amount of fluid flow, regulating the pressure involved in the flow, and controlling the direction of the flow.

On the other hand, a bent valve cannot perform these functions and could severely damage the engine. This means getting your valves replaced or repaired is your most important plan.

What is Bent Valves Repair Cost?

An idea of the amount you will likely spend will help with budgeting and saving extra, or paying more. Before finalizing your budget, it is highly important that you know that the final price for repairs is based on the engine model and any other damage found in the same engine.

The average cost of repair,  without taxes and fees, is around $337. However, this pricing assumes that the part can be repaired and will not requires replacement.

The prices are determined based on the type of engine, its model, the vehicle, and how it has affected the engine as a whole.

You must then consider the cost of replacement of the bent valves as well as the labor cost when creating a budget. A downer is that valve replacement cost more than repairs because the entire engine has to be dissembled to replace the valve and its seal.

The replacement cost might be an average of $900 or more, depending on the mechanic who does the job and the model of your car.

Then there’s the primary factor affecting the cost of replacing or repairing your bent valve, which is the labor charge, and with parts costing typically between $33 – $53 more or less, labor cost might be around $600 – $1000.

What are Bent Valves?

Bent valves are damaged valves caused by piston-valve contact due to an incorrect timing synchronization between the piston and the valves. The up and down movements of the valves are dependent on timing and the position of the piston.

Bent Valves? What Happens to Your Engine?

What are the Causes of Bent Valves?

Whatever the valve-related problem, their causes are usually interrelated or the same. An example is how the engine’s poor quality or defective parts can affect any valve part, including bending the valves.

Other causes of bent valves are

Detonation
Over-revving the engine
Faulty engine belt
Poor maintenance of the valve lash
The most common is the piston coming in contact with other objects, especially the valves.

What is Bent Valves Symptoms?

Bent valves are sometimes regarded as burnt valves, and they cause the engine of your car to hesitate, stall, or jerk-start when the vehicle is on the move.

Emergency! How Can You Tell You Need a Valve Job and How Long Does It Take?

Replacing or repairing your bent valve will take you an average of 35 minutes if it is not a rush hour, and your bills will be charged half an hour to an hour.

Valve jobs become necessary when the above symptoms are noticed and when the seat and valve seal is no longer suitable. You always want to look out for broken valve springs and valve train noises like that clicking sound we hear from a sewing machine.

If you are knowledgeable about the engine and engine parts, you can tell if you need a valve job if the sound frequency of the valve train is more or less than one-half of the crankshaft speed.

Replacing a valve isn’t a strenuous process and can be done easily; all you need to do is get a valve seat grinder to replace the seals too. You will only be getting the parts yourself without paying the labor cost.

Taking your car to a professional, of course, will have labor costs included, but you would have the engine checked for any further damages that can be missed if done all by yourself.

Is getting a valve job worth it, and what does it include?

A valve job includes removing the cylinder head(s) from the engine and the valves, guides, and valve seat and having it readjusted, replaced, or repaired. And a valve job is necessary when a valve is bent and when an engine has more than 80,000 miles on it or if the engine has a burning or compression problem.

Do I think it’s worth it? Of course, a cheaper DIY valve job might save you some money but only for the short run, which means you’ll end up spending even more in the long run.

Does Bent Valve Restrict a Vehicle from Starting?

Once an engine cannot perform compression, it will likely not start, so do bent valves restrict compression? Yes, they do. Bent valves, broken piston rings, and holes in the piton’s tip can lead to a loss in compression, causing the vehicle not to start.

You can get your car engine tested through the regular compression test to know if the valve is bent as low compression in the cylinder means a bent valve.

What Happens When The Timing Belt Snaps?

A non-interference engine such as the timing belt provides clearance between the valves and pistons. If the timing belt breaks, it probably might result in bent valves, but your engine might not be badly damaged or destroyed.

This timing belt prevents the valves, camshaft, and cylinder head from running into each other, thereby preventing any form of damage that they might suffer.

A few times, it might completely stop your engine, which means it will no longer work and could spread damages to the pistons, breaking the valves and damaging the cylinder head that you just might have your cylinder head and block rebuilt.

It is also possible for the timing belt to snap on an interference engine, but it is improbable.

Is Driving a Car with Bent Valves Safe?

Will a car with bent valves even start? That’s where to begin. A bent valve might begin with a fatigue crack in the stem, and if pressured, it would break, causing the valve to drop in the cylinder.

A bent valve car might start, but if the lifters have collapsed, the longest mile possible to drive is 100 miles, and I suggest you use that to get to the repair show for bent valve repairs.

Diagnosing a Bent Valve and Getting a Valve Adjustment

If you have noticed some symptoms of a bent valve or a bad valve seal, a cold engine test or compression test will be used to diagnose the problem.

The cold engine test will detect the high levels of oil consumption and smoke, idling, and if the acceleration power is compromised. The Engine braking test is another test used to diagnose a bent valve.

Valve adjustment is most suitable for older models, unlike newer models where a roller-follower design for valve train reduces friction and hydraulic tappets and maintains optimal valve clearance.

Before taking your car to the mechanics, a good check on the web for prices to help create an estimate for your budget isn’t a bad idea. And just as prices might vary per shop, labor cost is negotiable, but before agreeing to a shop’s standard, be certain about their reputation and the quality of their work.