Valve cover gaskets are used to seal valve covers on top of engines. They prevent engine oil from spilling around the valve, but prolonged wear can cause damage to them in the form of cracks and tears. At that point, you will have to consider replacing them to continue getting results from them.

On average, replacing valve cover gaskets costs between $100 and $350 for parts and labor.

This will depend on the type of gasket cover the vehicle requires. Most car models will require different valve cover gaskets, and knowing which one to get will get the most out of the cost.

If you have a valve cover gasket in need of replacing, let’s take a look at what that will usually cost you. 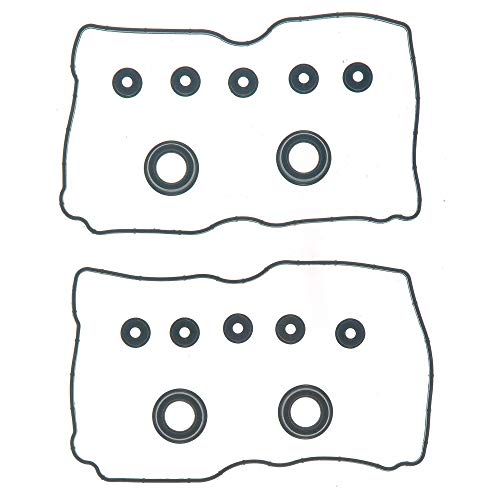 Replacing valve cover gaskets won’t be the most expensive process that you will face on your vehicle, but you can expect variations in prices.

These will be influenced by the type of gasket you’ll need, by the number of parts you’ll need, and by the car model you have.

Individual elements for the replacement will cost between $30 and $50, and labor costs will vary between $70 and $350, depending on the configuration. Pricier cars like BMWs can take more work. 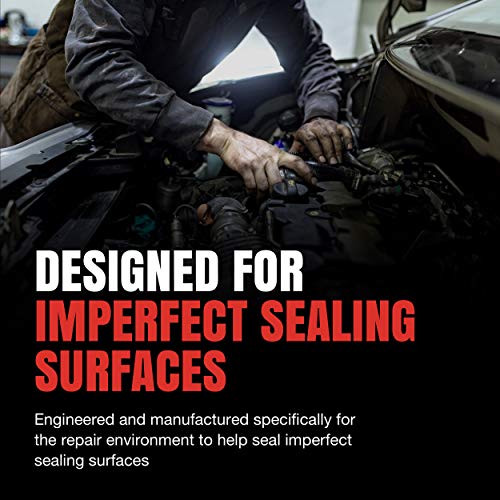 For a Toyota Camry, your total price for a valve cover gasket replacement will average between $99 and $131.

The replacement parts are cheap and will usually cost you between $28 and $41, while labor costs will be between $71 and $90, depending on the car shop.

The Camry is a mid-size car, so it won’t take too much time to do the replacement job, barring complications. This will save you some money on hours of labor costs.

The 328i is a luxury sedan that will usually see you paying an average total of between $114 and $184 to replace your valve cover gasket.

In general, parts cost around $70 while labor costs around $114, once again depending on the size of the job.

Different car shops will give you different quotes, so make sure you browse before deciding on your pick. This is especially important if you have a higher-end car.

The valve cover gasket replacement parts for a Honda Accord will cost between $22 and $57, with labor starting at $94 and usually going up to $121. In total, you’ll generally spend between $116 and $178 for this sort of replacement job.

The e90 can be one of the pricier models to get valve cover gasket replacements for, with prices for parts starting at $72 and going up to $98, depending on the number.

The reason behind the higher prices you’ll see for this model is explained by the engine configuration, which takes more time to handle.

Labor costs are in general between $394 and $497, and you will usually pay between $480 and $600 for a full replacement job unless more time or parts are required.

As mentioned above, browsing quotes from different shops for high-end cars may get you a better deal.

Valve cover gasket replacement parts for a Honda Odyssey will usually see you spending around $54 for parts and $95 for labor costs. The total costs will on average be between $149 and $214.

The Odyssey is a mini-van, and its size in comparison to the Accord will see an increased price for labor costs.

Replacement parts for the Highlander V6 usually start at $22, while labor starts at $95.

You’ll usually spend between $117 and $230 to solve your valve cover gasket issues on this midsize crossover vehicle.

In total, you’ll usually spend between $92 and $168 to get a valve cover gasket replacement for this type of vehicle.

What Types of Valve Cover Gaskets Are There?

There are two main materials used for valve cover gaskets: cork and silicon rubber. If you need to replace them, it is recommended to stick to the same type you had originally.

Cork gaskets are great at sealing the valve and also at absorbing any leaks if they do happen. Rubber ones are also useful, and easier to replace, but they can shrink quicker than the cork type.

Both these types have their advantages, but you may see some differences in their cost, especially if you have cork gaskets that are hard to source.

How Long Does It Take to Replace a Valve Cover Gasket?

A valve cover gasket replacement is typically an easy job that doesn’t take much time. You will usually only wait under an hour for this type of job, but it can take up to two.

If the engine configuration is very complex or if there are any complications, the job will take longer and the costs for it will grow.

How Does a Valve Cover Gasket Get Replaced?

To replace a valve cover gasket, there are several steps to follow that remain the same whether you do a DIY project or whether you take your car to a mechanic.

Here are the most important stages:

Can You Replace a Valve Cover Gasket By Yourself?

A DIY replacement of valve cover gaskets isn’t recommended unless you have plenty of experience with car engines. It is a basic procedure that can be done in under an hour by yourself, but it requires having the know-how and the right tools for it too.

Replacing valve cover gaskets is a process that differs from engine to engine.

Even if you’ve done it in the past you should make sure you are familiar with what to do before attempting this.

If you feel you have enough expertise to do the replacement job, make sure you go through a list of steps for what you need to do.

The main role of the valve cover gasket is to keep engine oil from leaking. This is why it’s so important for it to create a powerful seal, but they can’t last forever.

The more you use your car, the quicker you’ll find yourself in need of a replacement.

Valve cover gaskets are overall resistant, and you won’t usually need to replace them before you’ve done 20,000 miles on them.

Between that and 50,000 is when you’ll usually notice issues with the gaskets, and at that point, you should take steps to replace them.

Signs That You Need to Replace the Valve Cover Gasket

If you’re unsure whether your valve cover gasket needs to be replaced or not, here are some signs that may indicate that it is failing:

Bottom Line on the Cost of Replacing Valve Cover Gaskets

Having valve cover gaskets in good working order is necessary to ensure the condition of your engine.

Replacing them will usually cost you a total average of between $100 and $350 for parts and labor hours. You may be interested in how much does a valve job cost.