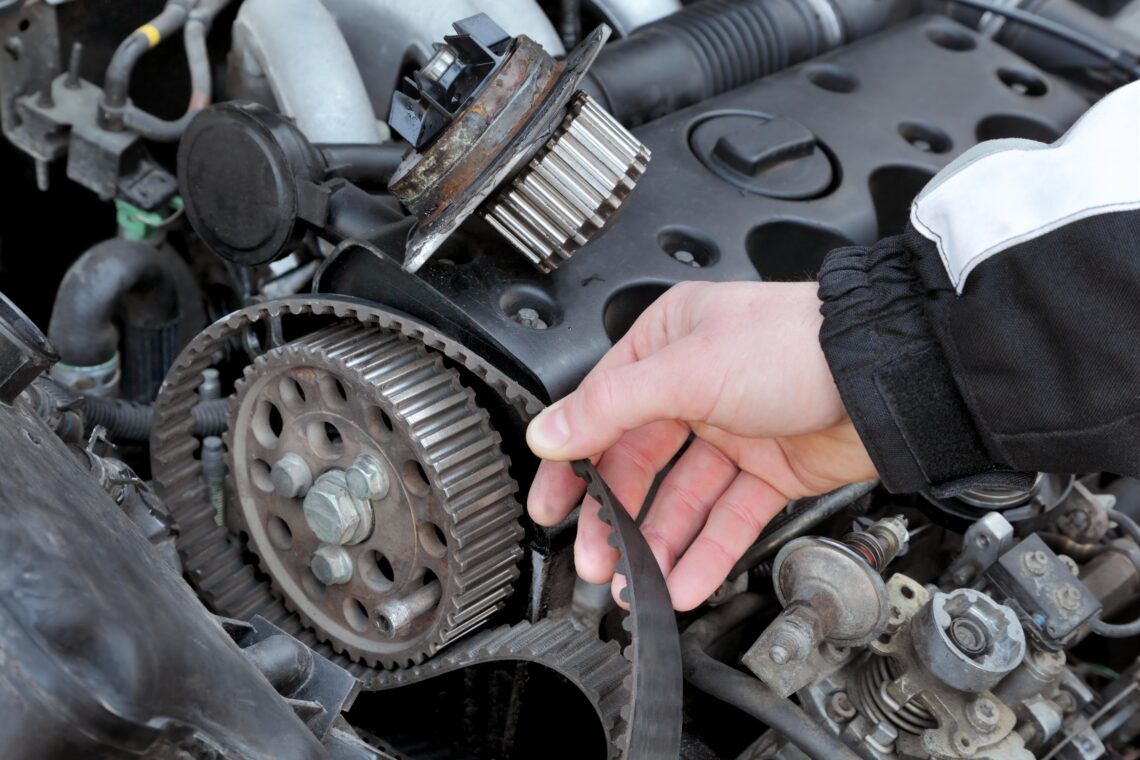 The worst-case scenario, when it comes to your car breaking down, is that your engine just stops running. If your timing belt breaks, that is exactly what will happen.

A timing belt in the Acura TL, or any other car for that matter, is not something you want to replace because it is broken.

Once the belt breaks, you are going to be dealing with a myriad of problems, so it is far better to replace the timing belt on time with the manufacturer’s scheduled maintenance plan so that it doesn’t come to this.

You should keep in mind that there are many different factors that may impact the overall cost of replacement including the brand of the replacement part that you choose, the mechanic that you use, and the area that you live in.

You should note that this is simply the price of replacing the timing belt in your Acura TL. If the belt breaks completely, it may cause internal damage to your engine which can be incredibly costly.

There are also other parts that can be impacted that you may want to consider replacing when you replace your timing belt to save yourself time and trouble in the future.

What Is a Timing Belt?

The timing belt runs between the crankshaft and camshaft to coordinate their rotation so that your engine runs smoothly.

The function of the two parts is essentially the same. The main difference is that the metal chain is housed inside the engine and the belt is located outside the engine and is more susceptible to damage like drying and cracking.

Does an Acura TL Have a Timing Chain or a Timing Belt?

How Long Does a Timing Belt Last on an Acura TL?

Timing belts do not need to be changed often unless they become damaged. Generally, you will only need to change it around every seven to ten years.

When Should the Timing Belt Be Replaced on Acura?

For most Acura TLs it is recommended by the manufacturer that you change the timing belt somewhere between 60,000 and 90,000 miles. Doing this at the suggested time will prevent most instances of unexpected belt breakage.

The Cost to Replace a Timing Belt on an Acura TL

The cost of replacing a timing belt on an Acura TL is made up of two distinct parts. One part is the cost of the timing belt itself, which may be anywhere between $500 and $570. The other part is the mechanic’s labor.

The job will take between three and six hours, and the price your mechanic or shop will charge will be based on the mechanic’s experience and the general area that you live in.

Keep in mind that repairs made at a dealership can cost a bit more as well. On average you can expect that the mechanic’s labor may cost about $475 to $600 for this job.

Signs That You May Have a Timing Belt Problem

Can You Drive with a Bad Timing Belt?

No, you generally can not drive with a bad timing belt. If the belt is already completely broken, the ignition won’t turn over and the car will not start.

If the timing belt has started to go bad, driving on it will likely cause it to break which will cause your car to stop very suddenly. This can put you at risk if you are in traffic and can damage the motor and other internal parts of your vehicle.

Other Auto Parts Associated with the Timing Belt

There are other parts that are associated with the timing belt that you should be aware of if you are having your timing belt replaced.

The water pump pulls cooled fluid from the radiator to cool the engine, if it stops working your car will overheat. This kind of overheating may damage your engine.

You should not drive your car if your water pump has failed. Replacing a water pump alone for an Acura TL will cost around $725.

Bad pulleys will make squealing sounds as they wear out before they break. If the pulley breaks, your timing belt will stop working and so will your engine.

While you can drive on worn-out pulleys, doing so is dangerous, and once they break your car won’t run. You are facing all of the same risks that you would be facing if you were driving on a bad timing belt.

Replacing just the damaged pulley will cost you around $400.

The tensioner pulley is loose if you notice belt squealing that happens specifically when you start your vehicle. While it may be physically possible to drive your car with a bad tensioner pulley, it certainly is not safe to do so.

Having it fixed will only take an hour or two and will likely cost you around $200.

If you decide to have the water pump and the timing belt replaced at the same time, the cost could be anywhere from $775 to $900, but a good general estimate is around $840. This price takes into account the average price of a mechanic’s labor and the average price for the parts.

However, this is just a general estimate and the price you pay may vary depending on the specific model of Acura that you drive as well as the specific mechanic or auto body repair shop that you choose to fix your car.

Should You Fix Multiple Parts at One Time?

According to the manufacturer, the answer is that you should go ahead and take care of fixing these parts at the same time. For one thing, you will save money by having them all done at once and you won’t have to worry about having any trouble out with them again, any time soon.

Another reason to go ahead and fix all of those connected parts at the same time is that they generally age and wear and tear at about the same rate. If one of the parts is broken or in need of replacement it is likely that the others are in the same condition or will be very short.

Water pumps need to be replaced generally every 100,000 miles or so. If yours is needing to be replaced too often, the problem may be with your timing belt.

Are Timing Belts a Common Problem in the Acura TL?

Timing belts are not seen as a common problem in the Acura TL. In fact, there are so few problems seen that some owners are mistakenly convinced that the timing belt may be good for many more miles than is recommended even by the manufacturer.

Are Water Pumps a Common Problem in the Acura TL?

Water pumps break as commonly in the Acura TL as they do in most any car. This is not something that the Acura TL is known for.

Can You DIY a Timing Belt Replacement for the Acura TL?

You can save a significant amount of money in labor if you replace the timing belt in your Acura TL yourself. However, this is a major job that should not be undertaken lightly.

This is not a beginner project and you should not attempt to do the work yourself unless you are particularly mechanically inclined, understand how to do the job correctly, and have all of the correct tools to do so.

If the timing belt is not installed properly, it could cause several major problems including your car running very roughly, the belt rubbing and breaking prematurely (possibly even damaging the vehicle), or the belt doing damage to the vehicle’s water pump.

If you are at all uncertain about trying to do this job yourself, it is a good idea to leave it up to a professional so that you can be assured the job is done safely and correctly.