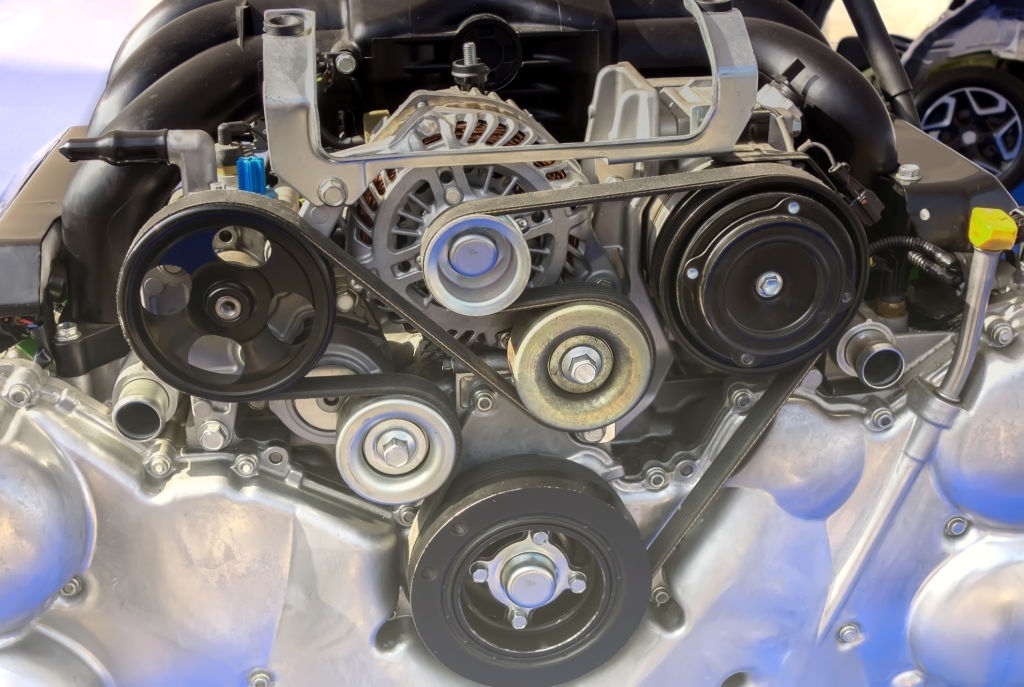 A timing belt has a limited lifespan, no matter what type of car you drive. If it’s just about time to have the timing belt on your Acura MDX replaced, you’re probably wondering how much it will cost you.

Below, we will discuss everything you need to know about replacing the timing belt on your Acura MDX, as well as the costs associated with this job. Keep reading to learn more!

How Much Does It Cost to Replace an Acura MDX’s Timing Belt?

The price of replacing your Acura MDX’s timing belt can vary. It may depend on a couple of factors, such as the type of parts you use and the area you live in. However, the biggest deciding factor will be whether you choose a professional or DIY replacement.

How Much Does a Professional Timing Belt Replacement Cost?

If you have your Acura MDX’s timing belt replaced professionally, labor costs will make up the bulk of your total price. Accessing the timing belt requires removing several vehicle components, making it a very time-consuming, laborious job. Typically, this replacement will take anywhere between 3-6 hours.

Since most mechanics charge between $75-$125 per hour for labor, customers should expect to pay anywhere from $300-$700 in labor costs alone. A new timing belt and the associated components will be around $300-$500, depending on whether the shop uses aftermarket or OEM parts.

A timing belt replacement is a bit of a pricey repair. However, it is incredibly important to have it done as soon as possible to prevent severe engine damage in the future. If you’re trying to save some money, however, you could try performing the repair on your own.

How Much Does a DIY Timing Belt Replacement Cost?

If you have the skills necessary to replace your Acura MDX’s timing belt on your own, you can do so to save a significant amount of money. This way, you will be able to cut out all of the labor costs, which often make up a large portion of the total price.

These replacement kits are widely available online, and they include everything you need to do a professional-grade replacement. Surprisingly, they are also typically very affordable!

While the cost varies slightly based on model year, aftermarket kits generally only cost between $75-$100. If you choose an OEM kit, however, expect to pay a price closer to $400-$450.

Before you attempt a DIY replacement, remember that this is not a beginner job. A timing belt replacement takes a lot of time and effort, so you need to be relatively comfortable working under the hood to do it successfully.

If you own a 2018 or 2019 Acura MDX, your replacement may be covered under a timing belt recall. Honda issued a recall in 2019 for several Acura vehicle models, including the MDX, because the belt’s teeth had the potential to separate from the belt itself.

If not taken care of, this problem can lead to serious engine damage. Thankfully, the cost of remedying a vehicle recall is covered by the manufacturer. If you own either a 2018 or 2019 MDX, check your VIN number to see if your vehicle was affected.

What Does a Timing Belt Do?

A vehicle’s timing belt connects the camshaft and crankshaft. As the name suggests, it helps these two components maintain proper timing, which keeps the engine operating smoothly.

A timing belt has a set of teeth, which connect to the timing gears on both the crankshaft and the camshaft. The belt is held in place with a tensioner, which prevents it from “jumping time” by skipping a tooth.

If you have your timing belt replaced professionally, ask your mechanic if they recommend replacing this component, as well.

When Should You Replace a Timing Belt?

Replacing your vehicle’s timing belt is often a part of the regular maintenance suggested on a manufacturer’s maintenance schedule. Typically, it’s recommended that you replace them between 60,000-100,000 miles.

The Acura MDX maintenance schedule recommends that owners replace their timing belts at the 105,000-mile service. However, while it is rare, your timing belt may wear out before reaching that interval.

If you keep up with the regular multi-point inspections noted on the maintenance schedule, your mechanic can check for premature wear and tear. If they notice any signs of wear before the recommended replacement interval, consider replacing the timing belt early.

Can You Drive with a Timing Belt Issue?

A properly functioning timing belt is essential to smooth engine operation. If your MDX is showing any signs of a failing timing belt, such as excessive misfiring or poor fuel economy, you should avoid driving if possible.

A timing belt that’s just beginning to wear out will start to throw off your engine’s timing, leading to overall poor performance. If you do continue to drive with a bad timing belt, you risk severe engine damage.

If your timing belt breaks while you’re driving, your engine will stall and probably will not start again until the belt is replaced. Letting your belt break can lead to severe engine damage, and may even result in complete engine failure.

Is Replacing Your Timing Belt Worth It?

Unlike some other engine components, your timing belt is not designed to last for the lifetime of your vehicle. Because of this, it’s very much worth it to replace your timing belt.

Replacing your timing belt at the suggested interval is the best course of action. This component is crucial to your vehicle’s overall functioning, and letting it go unchecked for too long can damage your engine and reduce the overall lifespan of your MDX.

How is a Timing Belt Replaced?

Fortunately, you do not need a plethora of extra tools to replace a timing belt. In most cases, all you will need is the belt itself!

Like most replacement processes, the exact steps involved in replacing your timing belt may vary. However, the following steps will give you a general overview.

Although the process may seem relatively simple, you should only replace your own timing belt if you’re 100% confident in your ability to do so. If you have any doubts, look for a professional who can do it for you.

A solid, properly-functioning timing belt is a critical part of your engine’s overall operation. If you notice any signs of premature wear, or if you are getting close to the end of the belt’s estimated lifespan, replacing it in a timely manner is essential.

The exact price of replacing the timing belt on your Acura MDX will vary, based mainly on whether you choose a professional or DIY replacement. A professional replacement will typically cost between $600-$1,200. A DIY replacement, on the other hand, could cost just $100-$400 total.