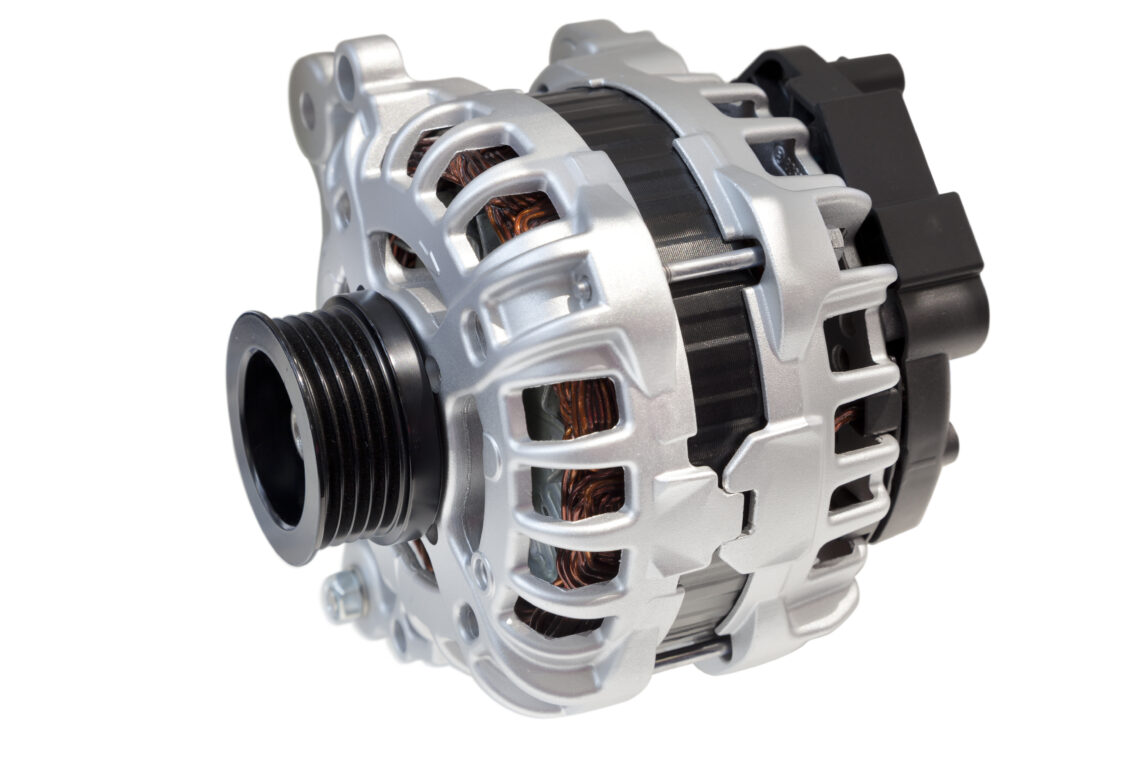 If you’re out driving around in your car and it begins to sputter and then stops, you might be inclined to first think that you have run out of gas. However, there are other reasons that this can happen.

Only part of a vehicle’s functions run on gasoline, the other functions need electricity to operate correctly.

Replacing an alternator on an Acura TL can cost anywhere from $460 to well over $700, but a good estimate is around $580. You should keep in mind that there are many different factors that may impact the overall cost of the repair, including the brand of replacement parts that you choose, the mechanic or auto repair shop that you choose for repairs, and the area where you live in.

If when you are driving, you notice that your battery is losing power and not recharging, it is a dead giveaway that you have a problem with your alternator and it will need to be replaced.

What Does The Alternator Do?

One of the things that the engine powers are a belt that is attached to a crank on the alternator. When it turns the alternator, the alternator transforms the mechanical power into electrical power. This power is then used to provide energy for the electrical functions in your vehicle and to recharge the battery.

How Much Does It Cost To Replace An Alternator On An Acura TL?

Signs Your Alternator Is Going Out

If you have a reason to believe the battery is the problem or you want to rule it out, it is easy to have your battery tested for free at almost any auto repair parts store.

Again, a dead battery may be because the battery itself is faulty or it may indicate that you have a problem with your alternator.

In this case, you will absolutely need to have the battery tested before replacing the alternator, as the problem is as likely to be with one part as it is with the other.

When the alternator stops producing electricity, the car runs off of the battery until it is depleted. Once the battery is dead, the car will stop running.

If you notice that your battery is losing voltage and you need to get off of the road, you should turn off everything you can inside the car such as the radio and air conditioning, and then get off as quickly as possible.

If your alternator’s bearings fail, they will make a loud metallic banging sound.

If you notice that your headlights are dimmer than they should be, it is very likely that you have an alternator problem. They are powered by electricity and are one of the most obvious places to visually see the loss of power.

How Do I Know If My Acura’s Alternator Is Bad?

Alternators fail in different time frames. Some go bad and simply do not work anymore, these are very easy to diagnose. They simply don’t produce any voltage. However, many alternators go out slowly, and this can be much harder to diagnose.

Problems may come and go, as the alternator works at some times and not others. When this happens it puts extraordinary pressure on your car’s battery and can even ruin the battery. That is why it is so important to check the battery any time that you find yourself having alternator problems.

How Do You Test An Alternator?

You use a voltmeter to test an alternator. Your alternator should read at between 13.8 to 15.3 volts. If it falls in this range, the problem is not the alternator.

Do not be tempted to pull off the negative battery cable of your car to test your alternator. While this may have worked years ago, because of the computers in cars these days removing a battery cable while the car is running can cause both extensive and expensive damage to the car’s electronics.

Can You Drive A Car With  Bad Alternator?

It is likely that you will not even be able to start your car if the alternator is bad. However, if the car will start, it is simply running on the battery, and driving the car in this condition will lead to it quickly stalling out on you which could leave you stranded and damage your car as well.

Will Jumping Help  Car With A Bad Alternator?

If you attempt to jump a car with a bad alternator it will recharge the battery of the car being jumped.

This may allow the car to start and run for a few minutes, but without the alternator to recharge the battery while driving and supply the car’s needs for electricity, ultimately, the car will stall out quickly.

Jumping a car with a bad alternator is not the answer unless you just need to get the car across the street to the mechanic’s shop.

Can A Bad Alternator Kill A New Battery?

Can A New Alternator Kill A Good Starter?

A new alternator may kill a working starter that is used. This is because the starter and alternator need to be replaced around the same general milage. If the alternator breaks a few months early and is replaced, the starter is actually at the prime time for breakage as well.

It is also important to consider that the alternator may have been failing slowly for some time. This means that the starter may have been functioning on a slightly lesser voltage than is normal.

When a brand new alternator is introduced into the situation and sends full voltage to the worn starter, the starter may not be able to handle it and break. Some people do opt to have the starter and alternator replaced at the same time for this reason. It typically costs around $635 to replace a starter in the Acura TL.

Is Buying A New Part Necessary?

In the case of the alternator, because it is part of the electrical system of the car, this is a part that you will want to buy new. You are likely to run into problems including a much shorter lifespan if you get your alternator replacement from a scrapyard.

How Do I Replace An Alternator?

Check the drive belt, drive belt tensioner, the alternator pigtail and harness, and the alternator 12v battery wire and check for any contamination from fluids like motor oil, antifreeze, or fuel.

You will need to disconnect the electrical wires and belt and then unbolt the alternator from the engine. Next, you line up the new alternator and secure it, making sure to tighten all nuts and bolts evenly. Reconnect the belt and wiring and use the belt tensioner to achieve the correct tension so the alternator will work correctly.

Can I Replace My Alternator Myself?

Yes, if you feel comfortable doing the job, you can replace an alternator yourself.

You will need some basic hand tools like sockets and ratchets, a belt tensioner tool and you really should wear gloves and eye protection while performing any maintenance on your vehicle. You will need the alternator itself and you may find that you also need the drive belts that go with it.