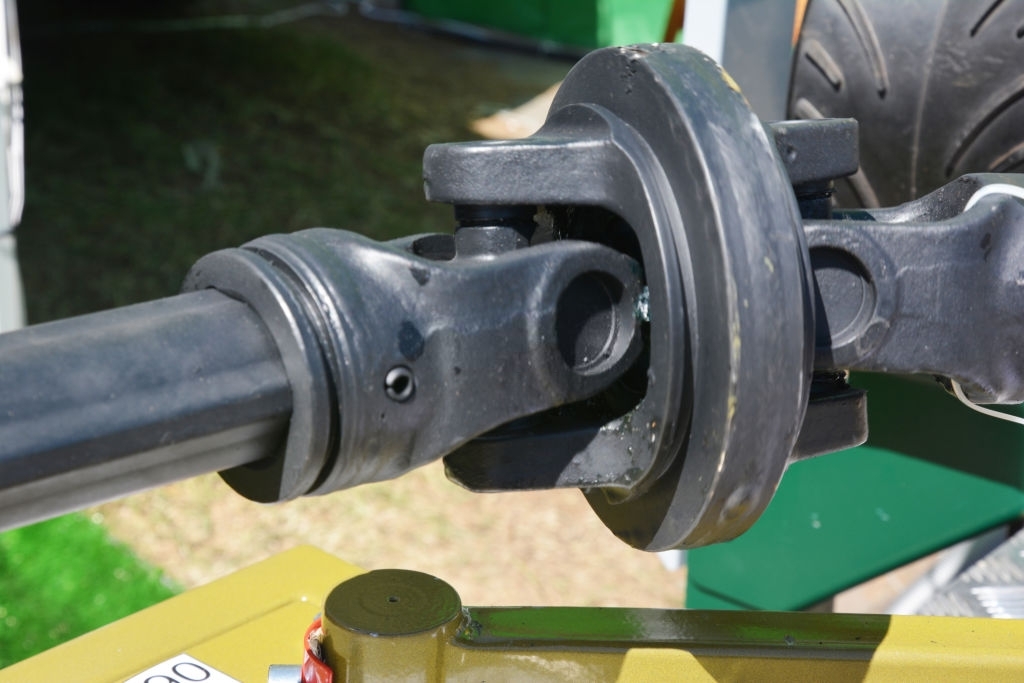 A u-joint – otherwise known as a universal joint – is the part of a vehicle that assists the shaft is rotating. This function is essential since it keeps the driveshaft from breaking when the suspension moves around.

If you have a damaged or ruined universal joint, you should attend to it as soon as possible. Leaving this issue unfixed can result in damage to your vehicle that makes it difficult to drive normally.

This average estimate consists of about $120 in labor costs and about $140 for the cost of parts. Estimates are representative of different vehicle models of different years, across different national locations.

In this cost guide, we’ll break down the average costs associated with replacing a vehicle’s u-joint. We will compare costs among various types of vehicle makes and models, and we’ll compare both old and new models.

We will also look at factors that influence the cost of u-joint replacement, such as vehicle submodels and their specific parts, the location of the repair, and other cost discrepancies.

Stick around to the end to learn about the long-term costs of this repair job, as well. Read on to learn more about the costs you may face when replacing a u-joint.

Cost Breakdown for a U-Joint Replacement

While the average cost of replacing universal joint rings is around $260 (including parts and labor both), costs will inevitably vary across the United States.

Further, costs of labor and parts alone will vary depending on where you are and what type of vehicle you own. Different makes and models present different average prices.

Below, the comparison table looks at those cost discrepancies among common vehicle models that need u-joint replacements.

Factors Influencing the Cost of a Universal Joint Replacement

In general, the cost of replacing a vehicle’s universal joint is going to take a toll on your coin purse. This is not to say that it won’t cost more for some than for others, though.

The cost of this part replacement will vary depending on what make and model you have, the engine selection, the age of your vehicle, where you live, and several other factors.

As we can see from the comparison table above, there are discrepancies in cost among different vehicle makes and models.

While it would seem that costs are pretty similar among types of vehicles, it appears there are higher associated costs for luxury vehicles, such as Lexus vehicles.

Just as different makes and models present different costs for parts and labor, there are also cost differences among different versions of certain models. If your vehicle has a specific engine type, then its parts may be different from those of another submodel.

For example, take a look below at the cost discrepancies among different submodels of the 2008 Dodge Ram 1500.

The following cost estimates are based on Delaware prices since Delaware is more representative of average auto repair costs in the United States.

Due to the parts makeup of a 6-cylinder Ram 1500, it seems that the average cost of replacing the u-joint is a bit more expensive. Compared to 8-cylinder models, you might pay, on average, about $20 more in u-joint replacement costs.

You may also need to place either the front or rear universal joint in your vehicle, depending on the type of model you own.

We can compare the costs of front and rear parts by again looking at the prices for a 2008 Dodge Ram 1500 8 cylinder submodel (Delaware prices again).

While this factor will vary among different vehicle brands, a rear universal joint replacement job is more expensive than a front replacement for this Dodge model.

When replacing a vehicle’s universal joint, you may also find that costs differ based on the particular service details of your auto job.

Costs are about $30 more when it comes to a slightly larger front axle ring gear involved in the universal joint replacement job.

Just as the make and model of your vehicle will influence the cost of replacement parts and labor associated with replacing them, your vehicle’s age will, too.

When it comes to an older model vs. a newer model of a vehicle, you might find that prices increase because their specifics aren’t being made as often anymore.

This lowers supply and makes the demand higher, which means you could pay more to obtain the right parts for replacement.

As you can see from the cost comparison among 2000 and 2008 models, it’s considerably more expensive to get a part like a u-joint replaced in an older model.

The theory holds true that older models of vehicles require more expensive parts, likely due to the lack of supply of them on the market. It costs more than $200 more, on average, to replace a u-joint for a Dodge Ram 1500 model that is just eight years more recent than the other.

It also matters a great deal where you are when you get repairs and replacements done to your vehicle. Across the country, the cost of general auto labor varies based on taxes, supply, and demand, as well as local markets.

It costs a lot more to have auto repairs and replacements done in the state of California, for example, than it does in states like Ohio, Maine, or Wisconsin.

On the other hand, you’ll find more average auto labor costs in states such as Pennsylvania, Massachusetts, Florida, and Arizona.

Take a look at the comparison table below, which looks at differences in the cost of a universal joint replacement for a 2008 Dodge Ram 1500 model in various United States locations.

When getting auto labor done to your vehicle, you may also find that costs can spike when you take your car to the dealership for repairs.

As a general rule of thumb, dealerships tend to charge more for auto repair than private auto body shops you’ll find around town. Keep this in mind if you want to avoid the exorbitant costs of auto labor when replacing your vehicle’s universal joint.

Differences in Cost of Labor vs. Parts

Another aspect affecting the cost of replacing a vehicle’s universal joint, as with any part replacement, is the difference in cost of parts vs. cost of labor.

The same is true when it comes to different locations around the United States; labor and parts will make up different ratios of the total cost of a universal joint replacement depending on where you are.

For example, when we look at the cost of labor vs. the cost of parts for replacing a universal joint in a 2008 Dodge Ram 1500, there are location-based differences.

When getting this auto work done in the state of California, your cost of parts is going to be less than the cost you pay for labor. When this is the case, it may be advantageous to replace the part yourself (DIY) to avoid the heavy costs of labor.

In this case, the cost of parts is nearly equal to the cost of labor, so it may be more worth your money to have professional auto laborers change the u-joint out for you.

Tips for Saving Money on a Universal Joint Replacement

While it’s going to cost you a few hundred dollars, in general, to replace your vehicle’s universal joint, there are some ways you can cut costs in the replacement process.

As mentioned before, there are considerable advantages to getting repairs done at an auto body shop, as opposed to a dealership.

You can also save money, however, by doing a DIY part replacement. While not everyone has the means or the know-how to replace auto parts at home, if you are a mechanic yourself, it shouldn’t be a problem.

In a lot of cases, you can save a good deal of money by replacing parts yourself, but you would need the knowledge and means to do so in a home garage.

Since the average cost of a u-joint is about $140, a DIY replacement would help you to save more than $100 overall.

You also should be aware of the long-term or “lifetime” costs associated with u-joint replacement. It’s helpful to know that most universal joints are designed to last a long time.

If you don’t plan to keep your vehicle very long, you may only have to replace a u-joint once in its lifetime.

However, these parts tend to need replacing every 100,000 miles or so, meaning that a vehicle you keep from its release until its days are over might require multiple replacements.

Since most vehicles have an average lifespan of about 200,000-300,000 miles, you might have to replace a u-joint up to twice or three times, at most. This means that the lifetime costs of this part replacement, on average, can cost between $260-$780.

A universal joint is essential to the proper functioning of any vehicle. It helps to ensure smooth driving, and anytime you notice signs of a malfunctioning u-joint, you should make sure to get the part repaired or replaced.

On average, the cost of replacing a universal joint in the United States is about $260, where parts cost about $140 and labor costs about $120.

Costs will differ for different car owners, based on factors such as your location, the type of vehicle you own, the age of your car, and more.