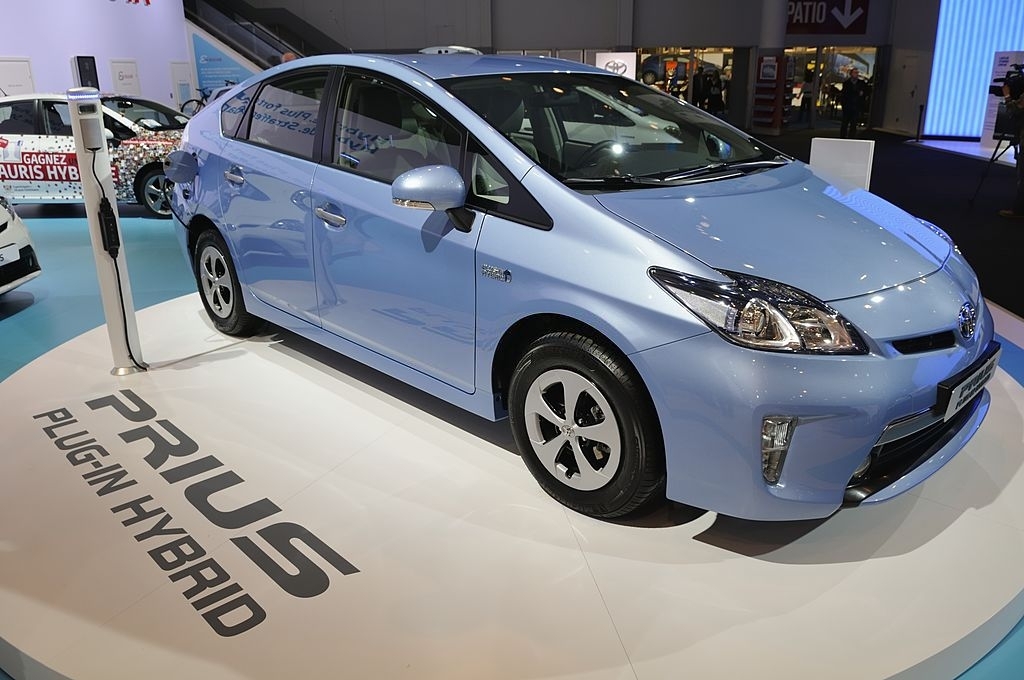 The Toyota Prius has been one of the most reliable cars on the market since it was first produced. You can expect up to 200,000 miles of efficient driving in your Prius before you will need any major repairs.

On average, a regular driver can expect to take about 10 years to drive that far.

One major aspect of the reliability of the Toyota Prius is its transmission. A key feature of the Hybrid Synergy Drive, the Prius is equipped with what is known in the industry as an electronic continuously variable transmission.

This transmission makes the car run much more efficiently, but since it is constructed of fewer parts than a normal transmission, it is also way less likely to break down.

Replacing the transmission in your Toyota Prius will cost between $3,700 and $4,200 at a shop. However, you may be able to repair a transmission issue before you need a replacement.

An interesting side effect of the reliability of the Toyota Prius transmission is that since it is so unlikely to need replacement, many mechanics have a hard time with it on the rare occasion it is necessary.

This can cause you to have to pay much more in labor. Oddly, because of this, it may be less expensive to have your Prius transmission replaced at a Toyota dealership.

What is so Special About a Toyota Prius Transmission?

A traditional transmission uses gears to provide power from the engine at discrete intervals, so you are never getting optimal power. You can feel this on gear changes.

As you accelerate into a new gear, the rpm (revolutions per minute) rises. Then, after the gear change, the rpm drop again. The whole process is a series of inefficiencies.

On the other hand, a CVT can constantly deliver the correct amount of power, thus increasing efficiency. Whereas a traditional transmission uses gears to manage rpm, a CVT transmission uses pulleys attached by a belt or chain.

The vehicle’s computer adjusts the pulleys in a fluid fashion so that the vehicle can increase or decrease power usage without using intervals. This fluidity drastically decreases the loss of power when you change speed.

The electronic continuously variable transmission (eCVT) in a Toyota Prius does not use the belt-pulley system. Instead, like the traditional transmission, the Prius uses gears.

However, the gear system in the Prius is very different from the traditionally geared transmissions.

The Prius uses a planetary gear set. Basically, it’s one large central gear with smaller orbiting gears rotating around it. The gearset is connected to the car’s computer. The gears and the computer work together to provide continuous alterations to the gear ratio.

A typical transmission has hundreds more breakable parts when compared to the Prius transmission. Less, parts mean less likelihood of a part breaking.

To maintain the transmission in your Toyota Prius all you really need to do is change the transmission fluid every 60,000 miles or so. You can expect to pay around $230 if you hire a mechanic, or around $100 for parts if you do the job in your own garage.

Other than the fluid change, the best way to maintain your transmission is to not drive it hard. Smoothly accelerate and brake early, etc.

Signs Of Transmission Problems in Your Toyota Prius

There are some telltale signs of transmission issues that you should be aware of. If you notice any of them, or if there is any abnormality or difference in how your Toyota Prius is driving, it nest to be proactive and have it inspected before a little problem becomes a big one.

Beyond frustrating, this can be dangerous. Further, it is likely to get worse over time. Act before this happens.

If you start to hear a whining coming from your engine you may have an issue with your Toyota Prius transmission. This is more likely to be the case if you hear the whine increase as you accelerate.

The cause could be a bad transaxle and you should have it inspected immediately.

On very rare occasions the Toyota Prius transmission can just stop working out of nowhere. If this happens you will need to use your parking brake to stop the car and have it towed immediately.

You cannot drive in this situation. Keep in mind though that this is an extremely rare occurrence.

Before going ahead and replacing your Toyota Prius transmission you may have other, more common fixes you can do to extend its life. Below are listed some of the more common fixes, but the list is not exclusive.

There is any number of other potential fixes that can be done. Your best bet is to have a professional do an inspection.

If the transmission problem you are having is strictly related to your gearshift, you may be able to replace it at home for the cost of the gearshift, or around $150 if you shop around.

A mechanic will also charge for labor bringing the cost up to between $300 and $500.

If you are leaking transmission fluid from a seam you may need to simply replace the gasket in the seam. Depending on which gasket, you can expect to pay between $200 and $500 if you have a mechanic do the job.

If you are having fluid leaks because of a crack, if the crack is on a part that is individually replaceable, you will likely have to pay more like $500 to $1,250.

Sometimes the transmission problem in your Toyota Prius is a faulty transmission fluid pump. If that is all you must fix, you can get it done by a mechanic for around $500.

Can I Rebuild a Toyota Prius Transmission?

Generally, it is not worth it to rebuild a Prius transmission. You will only save a few hundred dollars maximum, and the reliability will be greatly reduced.

Plus, since the Prius has an atypical transmission, your mechanic may take longer to do the rebuild. You will pay for that eventuality in labor costs.

How Much Will It Cost to Replace the Transmission in My Toyota Prius?

As reliable as they are, there is still a chance that you may need to replace your Toyota Prius transmission at some point.

It will cost you in the range of $3,700 and $4,200 to replace the transmission in your Toyota Prius, regardless of the model year. About $800 of the cost will be for something like 8 hours of labor.

The transmission has evolved over the years, but the replacement cost has stayed about the same.

There are a lot of claims that replacing the transmission on a Toyota Prius is cost-prohibitive, but if you are using an experienced mechanic, this is not really the case.

If we look at similar non-hybrid vehicles in the same year, the cost is not very different.

For example, in the same years, you would expect to pay $100 more on average to replace a transmission in a Honda Civic, and about $100 less on a Nissan Altima.

If your account for reliability then, the Toyota Prius transmission is likely to be less expensive in the long run.

The Toyota Prius is an extremely reliable vehicle, and that reliability carries into its transmission. If you properly maintain it by replacing the transmission fluid on a regular basis, you can expect it to last as long as the engine.

That being said, there are no guarantees. You might have gotten the bad transmission in the batch. If that is the case, you should look for other less-expensive fixes before you go for a full replacement.

Maybe there is a cracked part that can be replaced or maybe you just need a new gasket somewhere.

In the end, however, if it turns out that you have no other option, replacing the transmission in your Toyota Prius will cost you about the same amount as similarly classed vehicles if you go to a mechanic that is familiar with Prius’ unique transmission.

So, when a mechanic tells you it’s going to take much more than 8 hours to do the job, you should look for a mechanic more familiar with your car.

Finally, if you do have to get your transmission replaced, you still save money. Even though you are paying around the same price for the job itself as compared to similarly classed vehicles, you are still getting one of the most efficient transmissions on the market today.