How Much Does a Toyota Forklift Cost? 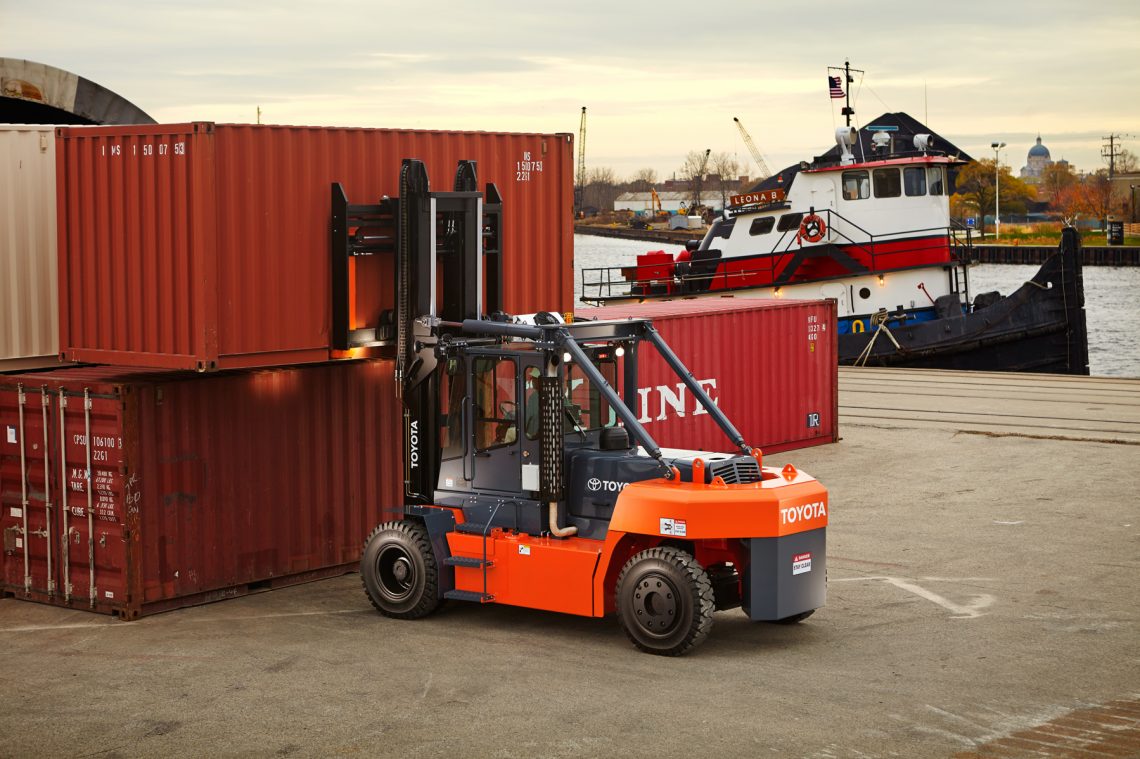 To thousands of people, Toyota is just a leading automotive manufacturer—renowned for producing a wide range of affordable, yet reliable automobiles.

What many do not know is the fact that Toyota also produces some of the best industrial equipment, such as forklifts.

For more than 40 years now, the manufacturer has been producing excellent forklifts of different capacities to suit different applications. Since 1999, the company has been using its innovative Systems of Active Stability (SAS) safety technology on their forklifts.

As of 2002, Toyota has been one of the best sellers of forklifts in the United States. As a result, many have been seeking to understand how much Toyota forklifts cost.

The models meant for indoor, light-duty use are fitted with cushion tires while forklifts for outdoor, heavy-duty use have pneumatic tires.

The various forklift models by Toyota may be grouped into two broad categories based on their power source.

These are the Toyota forklift models that run on liquid propane, gas or diesel fuel. Most of the models within this category are suited for outdoor heavy-duty applications.

Such units include the Toyota’s 7-series IC forklifts that have a lifting capacity of between 8,000 and 17,500 pounds.

Almost all electric forklifts by Toyota are powered by batteries are mainly meant for indoor applications. Such forklifts are available in 3-wheel, 4-wheel and stand-up models with either pneumatic or cushion tires.

You will also be required to pay an additional $2,000 to $5,000 for the charger and battery depending on the model you are buying. You should expect to pay between $16,000 and $30,000 for an internal combustion Toyota forklift of the same capacity.

You may also get a 2006 forklift that is propane-fueled at a rather discounted rate. Most of the 7FGCU45BCS Toyota forklifts come with a lifting capacity of up to 10,000 pounds. Such a forklift will be priced at about $12,650.

Though old, a 1985 pneumatic forklift will save you a lot of money in buying cost. For instance, a propane-powered unit with a lifting capacity of 5,000 to 6,000 pounds is likely to be sold for less than $3,000.


Ready to Buy a Toyota Forklift?

Toyota forklifts are renowned for their high quality and reliability. As a matter of fact, they are some of the best selling forklifts in the United States.

The cost of buying a used or new Toyota forklift will mainly depend on the model and capacity.

The cost will also depend on whether the model is powered by fuel or a battery. Either way, Toyota forklifts offer a great return on investment.

If you prefer renting a forklift, read our forklift rental cost guide. We also put together a forklift lease guide if you need a longer-term solution.