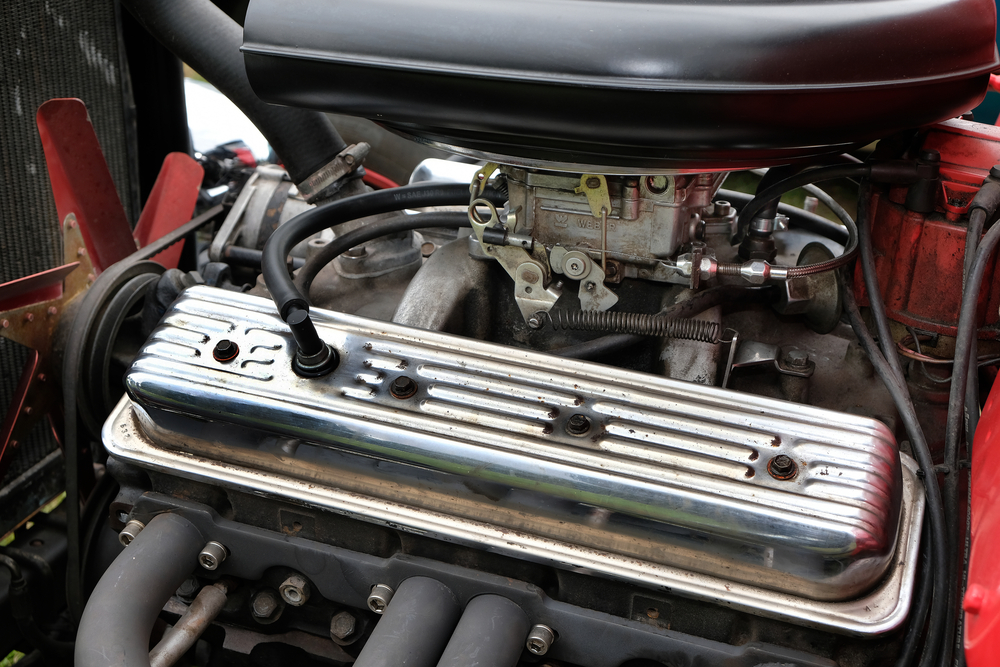 Any car enthusiast knows that a good air injection system can increase your engine’s fuel economy and operating lifespan. Part of keeping your car in good condition is making sure your secondary air injection system is working well. If it is broken, then you need to replace it as quickly as possible.

There are a lot of specifics when it comes to the costs of repairing your secondary air injection system. So we put together this comprehensive guide covering the basic costs and costs for specific models. We will also talk about what factors affect the cost of repairs.

What Is a Secondary Air Injection System?

The exact specifics of air injection systems depend on the model, but most injection systems used a pump to cycle fresh air into the exhaust stream. These pumps have several moving parts and sensors, so there are lots of failure points.

Other secondary air pumps use negative pressure to push air through the exhaust stream. These kinds of aspiration systems are simpler and thus cheaper to repair and install. However, they are not as efficient as a pump system.

How Much Does a Secondary Air Injection System Repair Cost?

Overall, you can expect to pay about $450 to repair your air injection system. This cost will be less depending on if you are repairing an existing system or installing an entirely new one. If you are only repairing your system, you may only have to pay about $200. If you have to completely replace your pump system, you may pay between $500-$600, depending on the specifics of your car.

Here is a quick table showing the average cost of repairs based on the model of the car you have. We picked some of the more popular models so you can get a good grasp of price ranges. Keep in mind that these prices are averages and are subject to fluctuation based on the changing price of parts and labor.

Notice that certain models are significantly less expensive on average to replace the secondary air injection system. This is because these kinds of cars are made with standard parts that are relatively easy to replace. Some luxury car brands, such as an Audi or a Mercedes, might be more expensive to repair as you have to take them to a specialized garage that works on those types of cars.

Lastly, these costs do not include taxes or other fees. It also does not cover related repairs.

In some cases, you can buy a secondary air pump and replace it yourself. The cost of the pump will differ depending on the type of the pump. Below is a list of some popular secondary air pump models, which cars they are compatible with, and the average costs. These selections will give you a good idea of price ranges in the aftermarket car parts industry.

As you can see, prices vary between $40 to a bit over $100 for these aftermarket parts. If you do buy aftermarket parts, make sure that they are compatible with the make and model of your car. The last thing you want is to spend money on an air pump that doesn’t fit your vehicle.

Instead of buying aftermarket parts, you can go straight to the manufacturer to get replacement air injection pumps and valves. Generally speaking, it will be much more expensive to go through the manufacturer than through a secondary car parts dealer. However, parts bought from the manufacturer often come with materials and service warranties.

If you buy a replacement valve or pump directly from the car manufacturer, then you will probably have to pay between 50% to 60% more than average costs. Here is a quick list of major car brands and the costs to get parts and labor from the manufacturer.

Let’s take a look at a specific make/model of car so we can see how costs bear out for a particular vehicle.

For a 2020 Honda Civic, the average cost for a secondary air injection pump costs about $80-$100 for the parts. Labor costs to install the same pump cost between $70-$120 and takes around an hour. So put together, you can expect to pay anywhere between $150 to $220 for aftermarket parts and installation.

For a 2020 Nissan Altima, the average cost for an aftermarket secondary air pump is approximately $200. Labor for installation costs between $100-$150. So you can expect to pay between $300 to $350 for parts and installation.

Out of most major car manufacturers, Honda cars tend to have the cheapest air injection system repair and replacement costs. At the other end of popular economy car brands, Toyota has relatively higher costs. Luxury brands such as Mercedes or BMW will cost more to repair.

Here is a quick list of factors that affect the cost of repairing a secondary air injection system.

How Do I Know If My Secondary Air Injection System is Broken?

Secondary air pumps are meant to help the engine run more efficiently. So there are a lot of small things that are signs of a broken secondary air injection system.

If your engine is making unusually loud noises or is particularly loud when turning over. Then that could be a sign of a faulty pump. The pump helps the engine run clean, and if the gas is not burned completely, the engine will be louder.

Another major sign of a broken air injection system is lowered fuel economy. Air pumps exist to help burn fuel more efficiently. If you notice that your MPG has fallen and there are no other noticeable problems with your car, it could be a problem with the air injection system.

Another common sign of a broker air pump is reduced horsepower. Since the fuel is not being burned as efficiently, the engine cannot produce the same amount of power.

The last major sign of a broken air pump is a check engine light. Modern cars use the OBD-II generic to indicate car problems. The OB-II code P0410 means that the O2 sensor in your exhaust did not sense a decrease in O2 levels through the exhaust stream. This could mean that your secondary air injection system is not pulling in enough fresh air into the exhaust stream.

Do  I need a secondary air injection system?

How much does it cost to repair a secondary air injection system?

You can expect to pay about $450 to replace your secondary air injection system. These costs are split between the cost of materials and the cost of labor. You can save money by replacing your system on your own.

Can I replace a secondary air injection system on my own?

How can I tell that my secondary air injection system is broken?

How often do I need to replace my secondary air injection system?

It depends on how much you drive, but, generally speaking, secondary air pump systems do not have a defined operational lifespan. You can often drive a car for its entire life without having to replace or repair the air injection pump. Most air pump warranties

Fortunately, compared to many other kinds of car parts, secondary air injection repairs are relatively cheap. You can save money by buying aftermarket parts, or you can buy parts and installation directly from the manufacturer.