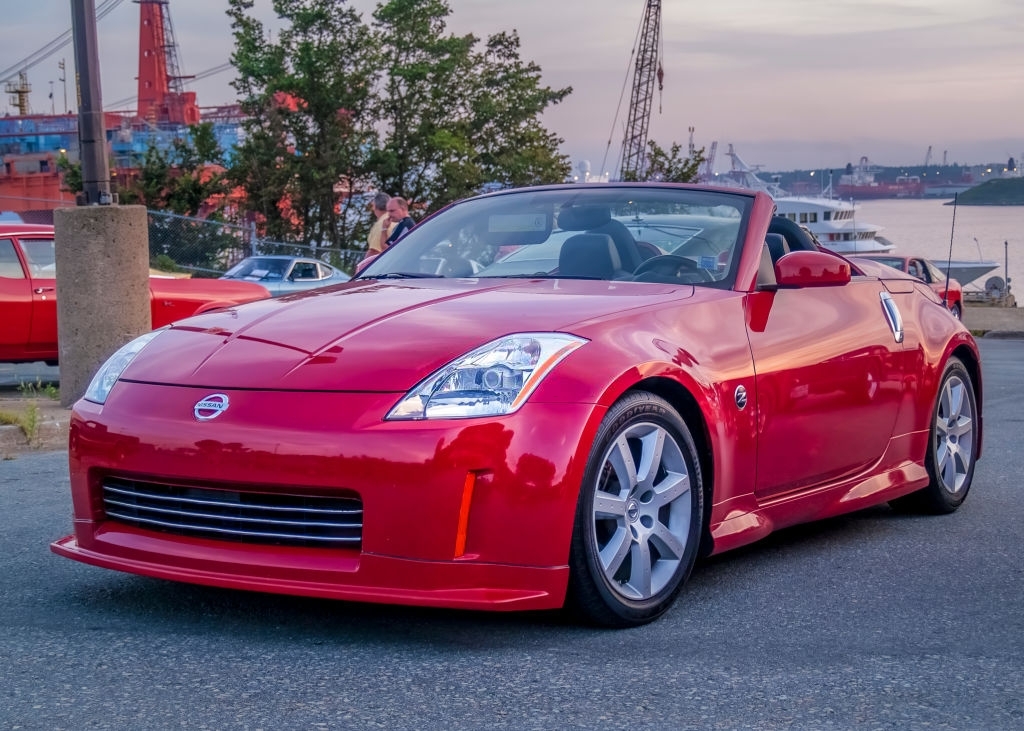 Everyone loves a good sports car, and what better than a sports car that is affordable? The Nissan 350z has long been a favorite with enthusiasts for its sleek design and superior performance. Of course, the first thing people want to know when it comes to buying a car is: How much will maintenance cost?

Overall, you can expect to pay approximately $450 a year in maintenance costs for a Nissan 350z. That is significantly lower than the annual average maintenance cost for all cars of $1,200.

Comparing To Other Models

Below is a table showing the average annual maintenance costs of the 350z compared to other similar models of cars. Keep in mind that these costs are average and depend on your car’s age and your mechanic’s location.

As you can see, the Nissan 350z has significantly lower annual maintenance costs than many other brands. The closest comparison is the Infiniti G35, which incidentally uses the same drivetrain and chassis system as the 350z.

Similar to other cars of its class, the 350z has a 7,500 regular maintenance schedule. According to our estimate, the average 5-year cost of maintaining the Nissan 350z is approximately $2500.

In the first year, service will replace the air and oil filters as well as rotate the tires. The second-year requires brake inspection and replacing belts on the engine.

The price spike in the fourth year of ownership is because at that point the 350z needs all fluids and spark plugs replaced, which incurs an extra cost.

Overall, the 350z has much lower 5 and 10-year maintenance costs than most other cars in the same class. The simple design means that the parts are reliable and less prone to failure.

Japanese engineering is well-known in auto circles and for good reason. The 350z is extremely reliable, featuring a tough body and super-durable drivetrain.

The Nissan 350z was discontinued in 2009, but several models still exist in excellent condition. Overall, the Nissan 350z is one of the more reliable, low-cost sports cars that money can buy.

Ths Nissan 350z is an older car, having been out of print for about 10 years. As such, most 350z are very affordable based on their fair market 10-year value.

The 350z has been around for a while now, so the aftermarket scene is absolutely bursting with accessories and modifications. Widebodies, turbo kits, engine swaps, and more are common additions.

The 350z is capable of some serious racing, so many people outfit it with high performance turbo engines and change the body to be more aerodynamic.

True to its sporty design, the 350z has excellent handling. Steering is responsive and the low-profile sleek design minimizes drag and increases stability.

Last but not least, the Nissan 350z is just a good-looking car. The frame is designed to capture that classic sporty aesthetic and body has a uniform, consistent design.

Later models of the Nissan 350z also have soft and hardtop convertible options to enhance the attractive design.

The Nissan 350z is pretty old now at nearly 12 years old. While many units still remain in excellent condition, a large percentage have seen some mileage and problems.

It may be hard to find a 350z that is in like-new condition, and most will have had some repairs and significant maintenance.

The Nissan 350z is a bit older now and has been discontinued, so it does not feature many of the same technological features as modern cars with computers and sophisticated onboard monitoring systems.

That means no touchscreens, no Bluetooth, and few computer-managed peripherals.

The 350z is pretty small and so lacks trunk space. Trunk capacity is a little bit more than 6.8 cubic feet, which is a bit higher than similar cars but on the low end for sports cars and sedans in general.

This is not a big deal if you don’t plan to transport large items, but may be a problem when you want to move things.

There are 5 major trims for the 350z; the base, enthusiast, performance, touring, and track models. Of these five, the base model is usually the cheapest to buy and repair because it has relatively pared-down features.

The base model does not have traction control or cruise control, so there are few onboard systems to manage. In contrast, the touring model features heated seats, LCDs, xenon headlights, and an optional GPS.

The 350z is getting up there in the years and most models are over at least 10 years old. As such, pretty much any 350z you find will have some aging and likely will have had repairs.

Generally speaking, the older the car you buy, the more you will have to pay to keep it in good condition for longer. Fortunately, most 350z models lack complex computers so repairs are generally affordable.

There is also the difference between the hardtop model and convertible model. Hardtop models will cost less to repair, especially if you have problems with the soft-top convertible mechanism.

How much does annual maintenance for the Nissan 350z cost?

How often does the 350z need maintenance?

The Nissan 350z requires basic maintenance to rotate title, change filters, and inspect brakes once every 7,500 miles, or about once every year.

The 350z is a two-door sports car manufactured by Japanese auto manufacturer Nissan.

The next series was released in 2004 and updated controls, adding an optional sunroof on some models.

By 2007, Nissan had switched engines again to the VQ35HR and included a new body shape modeled after the original 240z model from the late 90s.

The 350z was discontinued after 2009, but the car still remains a popular choice for sports cars and racing enthusiasts. The 350z is known for its powerful performance and has made a dent in the motor racing circuit, with many organizations creating divisions specifically for it.

Yes, the 350z is a very reliable car and one of the most reliable sports cars you can get. The build quality is solid and the simple no-frills design in the engine and drivetrain minimize the risk of failure.

Nissan is known for its good engineering standards and the 350z is no different. The only worry is that most 350z on the market have been around for a while and have probably seen some damage.

How expensive is maintenance compared to other similar cars?

Compared to cars with a similar design and engine, the Nissan 350z is significantly less expensive to maintain. The closest comparison is the Infiniti G35, which uses the same drivetrain and chassis as the 350z.

Yes, the Nissan 350z is absolutely worth it. It is an extremely reliable car that has a great track record. Many 350zs are still in great condition and go for a fair price on the used market.

There are also a ton of aftermarket kits specifically for the 350z, so you have ample options for customizing and modifications. Just make sure you find a reliable seller that has repair documentation for the car.

The Nissan 350z is a highly reliable car that has maintained popularity over the years. Despite the fact that it was discontinued in 2009, many cars are still running in excellent condition.

If you are going to buy a used 350z, make sure you get full documentation of any service and maintenance histories. As always, make sure to get quotes from several mechanics so you can get the best possible price.