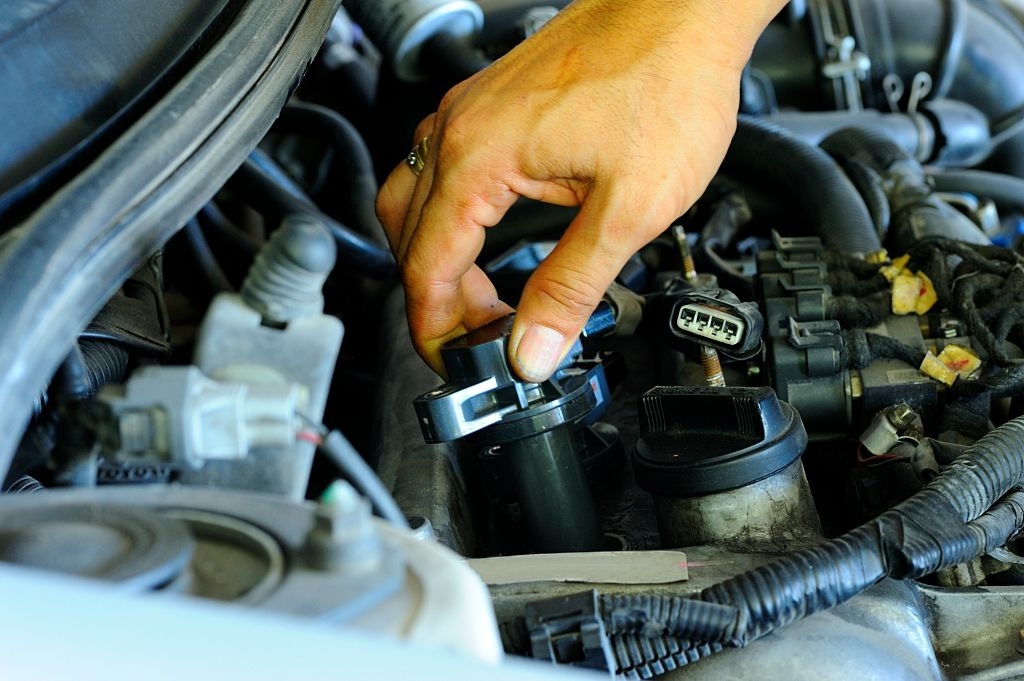 Below, we’ll break down the costs associated with replacing a vehicle’s ignition module by looking at several cost factors.

The make and model of your car, your car’s age, as well as several other factors, can all influence the overall cost of this repair. Read on to learn more about these costs, as well as the long-term price associated.

The cost of replacing an ignition control module can be broken down into the cost of parts and labor, as follows.

The cost of parts differs among different types of vehicles. And while there are average estimates representing what most people pay for an ignition module, you can still find discounted prices and deals when buying parts online.

Below, we’ll look at both average prices and price quotes for ignition control modules that we found at retailers online.

The following table looks at average prices for popular vehicle types. Note that these estimates take into account averages based on different year releases of vehicles, different locational labor costs, and more.

We’ve gathered several price quotes for various ignition control modules on the online market. Sold by retailers and resale sites such as NAPA and eBay, these parts are fitted for different types of vehicles.

We think this selection of price quotes will give you a better idea of specific prices you may find, depending on the type of car you drive.

Sold by NAPA Online, it’s from the Altrom line and costs about $80. This module is fitted for Volvo models from the years 1988-1995.

Sold on eBay, this ignition control module part has a price of $100 sold from new. It fits various vehicle types.

The cost of labor tends to run much lower than the cost of the actual ignition module, in most cases. The average labor price for replacing this part is around $65.

Therefore, if you’re thinking of installing the part yourself, you typically won’t save that much money overall. It may be worth your time, energy, and money to pay for professional labor.

Across the country, the average cost of auto labor, per hour, is usually somewhere close to $75. Considering that it typically doesn’t even take a full hour to replace this part, you can expect labor costs to be under one hour’s worth.

Labor costs can also vary depending on where you live, though. For example, individuals living in midwestern states like Ohio, Indiana, or Wisconsin tend to face lower auto labor prices when it comes to check-engine related repairs.

On the other hand, when you live in states like California, where taxes and the price of most services is high, auto labor prices are similarly high.

Other Cost Factors to Keep in Mind

While the average cost of replacing a car’s ignition control module is a little over $300, this isn’t representative of the costs every car owner will face.

Other factors, such as your vehicle’s submodel, engine type, and other specifications will all affect the overall cost of this replacement job.

Luxury vehicles, as a rule of thumb, tend to cost more in most aspects. Aside from their price tags being much higher than that of, say, a Toyota sedan, their repairs also cost more.

Their parts can run higher in price, as well, depending on where you buy them.

The Age of Your Car

When we talk about age, what we really mean is the year your car’s model was released. Prices for parts replacement may vary depending on the year of your particular model.

For example, we can compare ignition control module replacement costs for different years of the Ford F-150 model.

These estimates are based on Delaware prices, where the cost of engine-related repairs is typically close to the national average

The Type of Engine Your Car Has

Since the ignition control module is so essential to the vehicle’s engine, the type of engine you have may also change the specific module you buy.

This can affect the cost of the job. For example, we can look at the 1998 Honda Accord model (Delaware price estimates).

For this specific model, engine types may vary between

The trend here would appear to be that bigger engines require more expensive engine parts, though this is not always the case.

There are also cost discrepancies when it comes to different vehicle submodels. Although the average cost to replace an ignition control module for a Honda Accord is about $385, the prices among different submodels may vary.

We can take the 2002 Honda Accord as our example. This particular Honda model had several submodels released, including the EX, DX, SE, LX, and Value Package.

The prices to replace their ignition control modules are as follows

Cost of Labor vs. Cost of Parts

The cost of labor will also be different than the cost of parts. Therefore, if you install the new ignition module yourself, you’ll pay a different overall cost than someone who pays for professional installation for the same car, in the same town.

Further, different vehicles have differing costs for parts vs. labor. For example, labor costs less than parts for the 2002 Honda Accord Value Package submodel (about 40% less).

But when it comes to the same job for a Toyota 4Runner, labor costs even less (about 50% less than parts).

In addition to the one-time cost of replacing your car’s ignition control module, you should be aware of the long-term costs. In other words, how often will you likely need to replace this particular part?

Most vehicles have modules designed to last at least 25,000 miles, on average. However, most car owners don’t have a failing ignition module until it has been used at least 100,000 miles or so.

This means that you could potentially replace this part 2-3 times, at most, in your car’s lifespan.

This replacement job shouldn’t be left unfixed for long since the ignition module supports the proper functioning of a car’s engine.