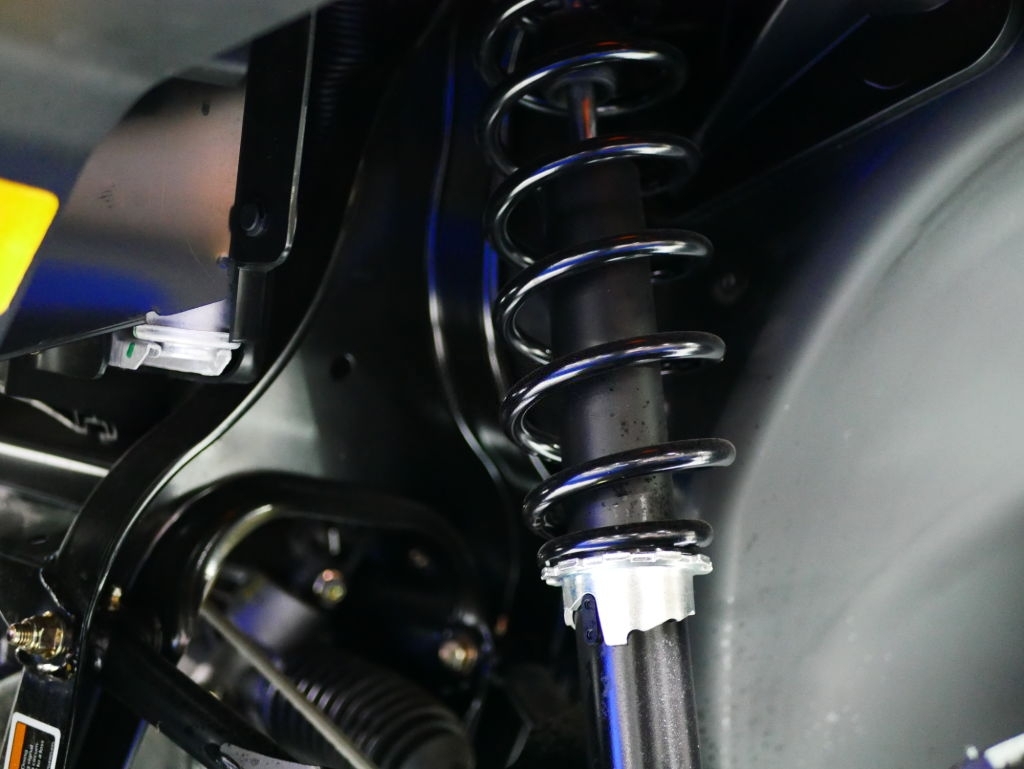 The shocks on your vehicle are part of the suspension system. In the Honda Pilot, there are shock absorbers, struts, and other components that work together to keep your ride smooth. In some older vehicles, the shock absorber is separate, while in most modern vehicle models, the shock absorber and coil spring are combined in an integrated strut assembly.

Replacing the shocks in a Honda Pilot costs anywhere from $200 to $1,100. Your final total depends on what kind of shocks your Honda Pilot needs, how many you replace at the same time, and where you take the vehicle for the work. The parts cost anywhere from $70-$200 and the remaining cost is labor.

How Much is it to Replace the Shocks in a Honda Pilot?

The cost to replace the shocks in a Honda Pilot primarily depends on the kind of shocks that you purchase, whether you replace one or several shocks at once, and where you take it for the work.

On average, most people spend between $300 and $600 to replace their Honda Pilot’s shocks.

Sometimes, you may only need to replace a single strut. This usually costs between $100 and $250.

However, most people replace their shocks in pairs, either the front, rear, or both at the same time. To replace one set of shocks, you should expect to spend between $200 and $375. For both pairs of shocks, the price will be higher, between $400 and $600.

The cost for new shocks for your Honda Pilot depends on your vehicle’s specifications and which parts you need. You can also purchase aftermarket shocks or OEM parts, which are typically more expensive.

However, OEM parts are typically an exact match for your vehicle and will be better quality once they’re installed.

Just the shock absorbers themselves (not the strut or strut assembly) are pretty cheap.

You can find them online for around $20, depending on your Honda’s year and the specific shock absorber that you purchase. However, most of them are in the $40 – $70 range.

In some situations, it makes more sense to purchase a shock and strut kit or the entire assembly, which you can usually get for not much more than the price for just the shock absorber.

Plus, in some vehicles, it’s easier to replace the entire assembly than take it apart to replace individual components, which can end up saving on labor, too.

Let’s take a look at some sample parts and their prices to help you get a better idea of what to expect for your vehicle.

What are Shocks, Anyway?

Shocks are the vehicle’s shock absorbers. They’re a part of the car’s suspension system. They work by absorbing any shocks from the impacts of driving.

Over the years, suspension systems have continued to advance, and most modern vehicles use a combination of shocks and struts to keep your vehicle driving smoothly.

Shock absorbers are cylindrical containers with gas or liquid inside. They mount underneath the car, and there are pistons inside the shocks that move up and down when you hit bumps in the road.

When they become too worn out, shocks may begin to leak the liquid or gas inside, which would result in a much rougher ride.

In the Honda Pilot, the shock absorber acts like a hydraulic piston. It contains oil that passes between the two chambers and cushions the bumps and jolts while you drive the vehicle.

Shocks don’t support any of the vehicle’s weight or help the vehicle to steer, unlike the struts. The shocks only provide dampening and control to the suspension and spring movement.

In some vehicles, you may need to replace the shocks every 35,000 miles or so, but it really depends on your driving conditions.

The Honda Pilot typically has both shocks and struts. The strut is a larger assembly that’s bolted directly to your vehicle’s frame and keeps your Honda stable, level, and absorbs bumps while you drive. There is typically a coil on the strut to help with this process.

The shock is installed through the center of the vehicle’s strut, and the entire assembly works together to do some of the same jobs. The shocks and struts ensure you have a smooth ride.

Your shock absorbers soak up any energy from your wheels that comes from hitting bumps in the road. They dissipate the energy in the form of heat, keeping you from feeling every little bump and jolt.

When your shocks begin to fail, you’ll start to notice a much rougher or bouncier ride, and you might find that it’s more difficult to steer the car after hitting a bump.

Your shocks and struts usually last a long time and only need to be replaced every 50,000 to 100,000 miles. However, the conditions that you normally drive in and how you drive your vehicle will have a big impact on how long these components actually last.

There are a few ways to tell whether you’re having a problem with your shocks and struts.

You’ll probably notice some symptoms when you’re driving that indicate an issue somewhere in your vehicle’s suspension system, notably if it feels like you’re driving over a rock pit or if your ride is bouncier than normal.

Other signs and symptoms may include:

When you’re driving on the highway or at high speeds, you may notice slight or more pronounced movement, as though your vehicle is somewhat unstable on the road.

The movement may be a slight up and down or more of a bouncy feel.

If your vehicle feels like it leans or tips when taking sharper turns, it may be a sign of failing shocks. You may also feel like the vehicle seems wobbly when on the outside of a turn.

If you hit the brakes suddenly or brake hard and the front-end of your vehicle appears to dip down way more than normal, it indicates that your front shocks may be wearing.

Rear-end dips. Like the front-end dive, the same thing may happen to the rear-end when you accelerate quickly. If the front end of your vehicle seems to lift while the backside dips, it could mean shock problems.

Your vehicle shouldn’t feel “bouncy.” If you hit a bump and it feels like your wheels are bouncing along afterward, you should have your suspension system checked out.

Problems with the shocks can cause unusual and uneven wear on your tires. This normally results in wavy patterns in the tire tread or a “cupped” appearance.

If you have a leak in your shock absorber, it may cause visible leaking fluid on the exterior of your shocks or struts.

The labor costs to replace your Honda’s shocks aren’t usually very expensive, because it’s not a complicated or time-consuming job.

In most cases, the labor should only cost around $100 to $150, depending on where you take your vehicle for the work and your geographic location.

You can save on the labor costs by doing the work yourself, but for the cost of only around $100, most people would rather leave it to a professional.

Replacing the shocks in your Honda Pilot is something that you may need to do if you keep the vehicle beyond 50,000 miles. However, the way that you drive and the road conditions play a significant role in when you’ll need to do this repair work and how often your shocks will wear out.

Take care to avoid large pot holes and rocks on the road, and slow down on extra bumpy or dirt roads. If you notice signs to indicate that there’s a problem with your suspension, it’s better to get it looked at as soon as possible.

Ignoring the issue can lead to further damage or cause excessive or uneven tire wear.

Keep up with your scheduled maintenance and ensure that things like tire rotations are performed timely. Doing so will help ensure that failing or wearing shocks are caught as soon as possible so that you can take care of it before it becomes a bigger problem.