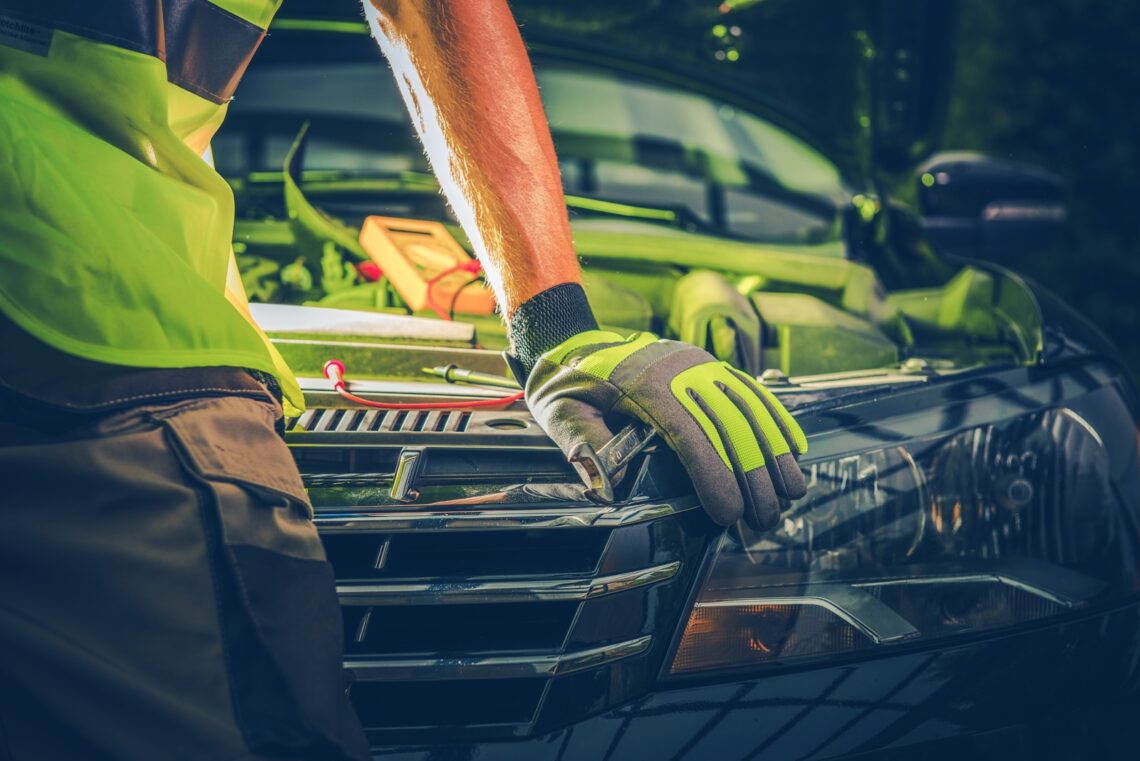 Every car has a transmission, but not everyone knows what it does. In short, the transmission changes your car’s gears so you can speed up and slow down correctly. A major component of your car’s transmission system is the gear shifter cable.

When this component breaks, you will need to get it replaced. On average, it will cost approximately $300 to replace a gear shifter cable.

The typical price range is between $200 to $600, though some car brands might be more expensive to repair. You can tighten and service a loose shifter cable for approximately $100.

These prices will depend on your mechanic and the age of your car. To help you find the best deal, we put together this comprehensive guide on gear shift cable replacement costs.

What is a Gear Shift Cable?

A gear shift cable is an important part of your car’s transmission system that works to shift gears when you engage the shifter. Shifter cables, also called trans cables or control cables, connect to the gear’s shift lever and the transmission block.

When you move the shifter, it pulls on the cable, creating leverage and moving the correct gears into place. Both automatic and manual cars have a gear shift cable.

Generally, automatic transmissions use one cable while manual transmission uses two. More generally, the shifter cable is part of the larger shift linkage system that connects the gears, shifter, and transmission.

How Much Does it Cost to Replace a Gear Shift Cable?

The cost of replacing a gear shift cable can vary depending on the make and model of your car, as well as the location of your mechanic. Generally, you can expect to pay about $300 on average for labor and parts.

Some models may cost less than $200, while more expensive brands will cost upwards of $600.Below is a table showing the average costs of a gear shift cable for various popular models of car.

Keep in mind that these prices are averages and are subject to change.

As you can see, the average cost for a gear shifter cable replacement varies. Keep in mind that if you have a manual transmission version of any of these cars, the price will probably be less.

Sometimes, the problem is not that the gear shifter cable is broken or disconnected. Sometimes, any gear problems could be caused by a loose part of your gear linkage system.

A simple transmission tune-up should only cost you about $100 or less. You can often fix a loose shifter linkage for $50.

Here are some of the most common symptoms of a broken gear shifter cable.

The most obvious sign that you have a broken gear shift cable is you cannot engage your gearshift. If the cable is broken or stretched too far, then it cannot pull and change the gears in the transmission. If you can’t shift gears, then you won’t be able to use your car.

Alternatively, you might notice that your gear shift is loose and there is less pressure on the shifter. In this case, the most likely cause is that the gear shift cable has fallen or is too stretched and lost most of its tension.

Another sign of a broken cable is if the gear indicator does not match the selected gear. For instance, if you change to fourth gear and your indicator says you are in third gear.

If there is an indicator mismatch, it could mean that the cable is too long and moves gears to the wrong spot.

If your cable stretches too much, it may not be able to correctly put your car in park. If this happens, then you won’t be able to turn your car off and remove the key from the ignition.

This is especially dangerous because your car is unpredictable and may turn on or shut off in the wrong gear.

If the cable is too short or too long, it can cause the gears to scrape against the other parts of the transmission. If you notice a grinding, clunking sound when switching gears, a broken shift cable could be the culprit.

How much does it cost to replace a gear shift cable?

You can expect to pay an average of $300 to replace a shifter cable. The typical range is between $200 on the low end and $600 on the higher end. Luxury brands and high-performance models will be more expensive to repair as they have specialty parts and systems.

What does a gear shift cable do?

This allows your car to shift from park, neutral, and different gear levels. Generally, automatic transmissions use one cable while manual transmission uses two.

Is it more expensive to repair a manual or automatic gear shift cable?

How often should I replace my gear shift cable?

The answer to this question depends on how often you shift gears. Assuming moderate use, you should look to change your gear shifter cable about once every two years or so. Depending on the type of cable you have, it could last up to 5 years or longer.

Can I drive on a broken gear shifter cable?

Sometimes you can, but we would not recommend doing so. If your gear shifter cable is broken, then you won’t be able to control the gears and your car could become unpredictable to handle.

So, if you have a problem with your gear shifter cable, we would recommend getting it fixed as quickly as possible.

Can I replace a gear shift on my own?

Yes, it is relatively easy to replace a gear shift cable. The only tools you will need are a nut wrench and a tool to access the shifter box in the transmission.

We would not recommend changing the gear shifter cable on your own if you do not have any prior experience with cars. It is relatively easy to mount the cable too long or too short, so the gears will move incorrectly.

Gear shifter cables are one of the less expensive components of a car. But it is still very important for your car. Without a gear shifter cable, you won’t be able to control your car properly.

So we recommend getting a broken shifter cable fixed as quickly as possible. As always make sure to get quotes from several mechanics so you can get the best possible price.