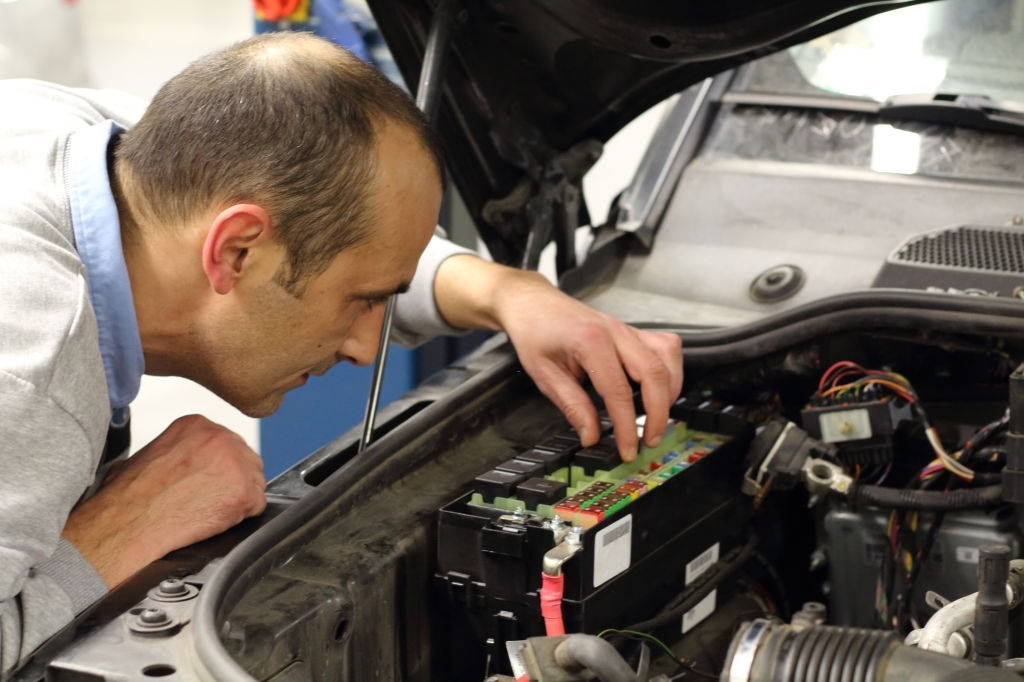 Fuses are made to blow – it’s how you know they’re doing their job. Replacing a fuse is a fairly common vehicle repair, but most people never need to replace the entire box.

If you’re one of the unlucky ones with a failed fuse box, you’re probably wondering how much it will cost to replace it.

Cost to Replace a Fuse Box

The biggest factor in the cost to replace a fuse box is who does the work. The parts are typically very inexpensive, so if you take your car to a mechanic to have the fuse box replaced, the bulk of the cost will be labor.

However, there are some price variations for the fuse box itself.  Most people can purchase a replacement fuse box for $35-$50. However, some boxes may cost as much as $400. Any additional cost will depend on whether you pay a mechanic to do the work or if you do it yourself

The labor charges are based on factors like whether the shop is a local garage or chain, whether you take it to the dealership, the garage’s cost of doing business, how long the job takes, and your geographic location.

It should only take 1-2 hours for a mechanic to perform the work, which helps keep the labor cost down. Most garages charge between $85-$120 per hour, so you can use those figures to get a rough estimate of how much you should expect to pay.

If you’re having other work done on the vehicle, they may be willing to replace the fuse box at a discounted rate or may not even charge you for the labor.

A new standard fuse box usually costs between $20 and $60. However, you may find some that are more or less expensive, depending on the brand, the performance quality, and the retailer.

For example, a chain auto parts store like Autozone may only offer one or two options for a fuse box, which are priced around $50.

On the other hand, you may be able to find something much less expensive online using a retailer like Amazon or eBay. A quick web search will display some options as low as $8-$12.

More specialized parts like those made for luxury or imported vehicles, or fuse boxes intended for use in cars with a large number of electrical components will be more expensive than standard parts.

For example, a universal, pre-wired performance 14-circuit fuse block is priced at around $150 on Amazon.

According to Auto Parts Warehouse, some fuse boxes may cost $400 or more, but your average vehicle doesn’t need a high-performance box with such a high price tag.

When purchasing a replacement, make sure to choose one that has the same specifications as the original. The size, color, and amps should match your factory equipment. Consult your owner’s manual if you’re uncertain.

Keep in mind that vehicles typically have two fuse boxes. You will normally find one on the driver’s side of the car near the left kick panel or underneath the glove box on the passenger’s side.

The other fuse box is usually underneath the hood, near the battery. The fuses inside each box serve different purposes. The box inside the cabin typically controls your accessories, lighting, and other items inside the vehicle.

The box under the hood is normally connected to the vehicle’s high-voltage electrical system.

Be sure that you know which fuse box you need to replace and familiarize yourself with both to better understand the scope of the work.

Cost to Replace a Fuse Box Yourself

If you want to save some money and you have the ability, you may be able to replace the fuse box yourself. Overall, the job isn’t too complicated, so it’s not something that absolutely has to be done by a professional.

If you choose to do the work yourself, you’ll probably save anywhere from $85 – $240, depending on how much the labor charge would have been.

All you will need to purchase is the fuse box itself, as the job doesn’t require any specialized tools.

If you opt to go the DIY route, it’s only a few simple steps to remove and replace the fuse box.

If you find that certain accessories aren’t working after the replacement, you may need to check the individual fuses. Look at each fuse individually, checking for broken filaments and correct installation.

You should also ensure that the fuse is the correct amperage. If you find that one fuse is damaged or blown, you may need to replace it.

Signs and Symptoms of a Bad Fuse Box

The fuse box typically doesn’t fail unexpectedly unless it sustained physical damage or serious electrical problems. If the issue isn’t physical damage, make sure to have your vehicle evaluated by a professional before you replace the fuse box.

If you don’t fix the problem that caused the fuse box to fail in the first place, you’ll likely end up having to replace it again.

Signs that you may need to replace your fuse box

While your fuse box doesn’t normally need any special maintenance, it doesn’t hurt to keep it clean and in good condition.

Your fuse box should normally last for the lifetime of your vehicle, so it would be helpful for you to try to maintain its condition over time.

Cost to Replace a Blown Fuse

If you determine that you need to replace a single fuse, you may be able to perform the repair yourself at literally no cost to you!

Most vehicles have spare fuses inside the fuse box cover, so it’s always a good idea to check there first. There may even be a handy tool to pull the fuses out.

If there are no spare fuses available, then you will need to purchase replacements. The good news is that some auto parts stores will perform testing for free, which can save you from doing unnecessary repair work.

Typically, you won’t have to spend more than a few dollars on new fuses. However, there are some specialty fuses out there that may cost $50-$100. The good thing is that most standard, factory fuses don’t fall into that category.

Changing the fuse is a matter of simply removing the blown fuse and replacing it with the new one. It’s an easy job that doesn’t require any specialized tools. However, it’s always a good idea to check your owner’s manual first before doing any work yourself.

Replacing a fuse box is an inexpensive repair, but it’s also one that’s not normally needed for most vehicles. In most cases, a fuse box would only need to be replaced due to physical damage or another serious electrical problem. For most people, it will cost under $100 to have a fuse box replaced, and under $50 to do the job yourself.

A more common issue is a blown fuse, which is a simple and inexpensive repair that you should be able to do yourself. However, if your car won’t start or certain accessories aren’t working and the fuses and fuse box aren’t the issue, you should definitely take your car to be evaluated by a professional.

Your vehicle’s electrical system is complex. It’s important to remember that electrical problems need to be resolved as soon as possible to prevent further damage or problems with your vehicle.

Replacing your fuse box and fuses without having the underlying electrical problems repaired will only result in further damage and more expense. Should you decide to take your car to a shop to have the fuse box replaced, be sure to get an estimate beforehand and shop around for multiple quotes if possible.

Since the bulk of the cost will be the labor charge, you’ll be able to save some money by getting a few estimates and going with the best deal. Replacing a fuse box is a simple repair that shouldn’t take more than an hour for most mechanics, so finding a shop with a lower hourly rate will help you get the best deal for the work.