Home > Automotive > How Much Do It Cost To Replace Fuel Tank?

How Much Do It Cost To Replace Fuel Tank?

The gas tank is one of the most important components of your car and also one of the most dangerous. A broken fuel tank can cause a fire hazard, which in the worst case can cause your car to explode. So if you have a broken or leaking fuel tank, you should get it fixed as quickly as possible.

On average it costs $1,200 to replace a standard polypropylene fuel tank. Labor costs are estimated between $250 and $350 while parts are between $1,000 and $1,200. Prices may differ based on material quality and gas tank size as well as your car’s model and age and your mechanic’s location.

There are several things that factor into the cost of a fuel tank replacement. So we put together this comprehensive guide on the costs of replacing a fuel tank. We will cover major replacement costs as well as costs for various related repairs.

How Much Does it Cost to Replace a Fuel Tank?

A fuel tank for an economy brand car will usually cost less than one for a luxury brand.

Below is a table showing the average cost to replace fuel tanks for various popular cars. These costs are averages and may differ depending on your car’s age and your mechanic’s location.

As you can see, cars and trucks with larger tanks usually are more expensive to repair. Similarly, luxury brand cars have higher fuel tank replacement costs than economy brand cars.

Most of the time, fuel tank problems do not manifest alone, especially if your car is on the older side of things.

Fuel lines are another core component of your fuel system and transport gasoline from the tank to the pump and engine. Most fuel lines are made from high-density reinforced nitrile rubber with coatings to prevent degradation from fuel.

It costs about $1,000 on average to fully replace your car’s fuel lines. Below is a table showing the average cost to replace fuel lines for various car models.

The fuel pump is another important component of your fuel system that draws fuel out of the tank and pumps it down the fuel line to your engine.

Fuel pumps are designed to provide the exact amount of fuel to reach the optimal air/fuel ratio for a combustion reaction.

As such, one of the most common signs of a broken fuel pump is sputtering and stalling from the engine. The average cost to replace a fuel pump is around $800 on average.

Instead of hiring a mechanic, it is possible to buy the fuel tank parts online and perform the replacement yourself. You can often find a compatible fuel tank for your car up to 70% off the price of going to a mechanic.

The main downside of this approach is you have to replace the tank yourself, which may require specialized tools.

Below is a table showing the cost for various fuel tank replacement costs. 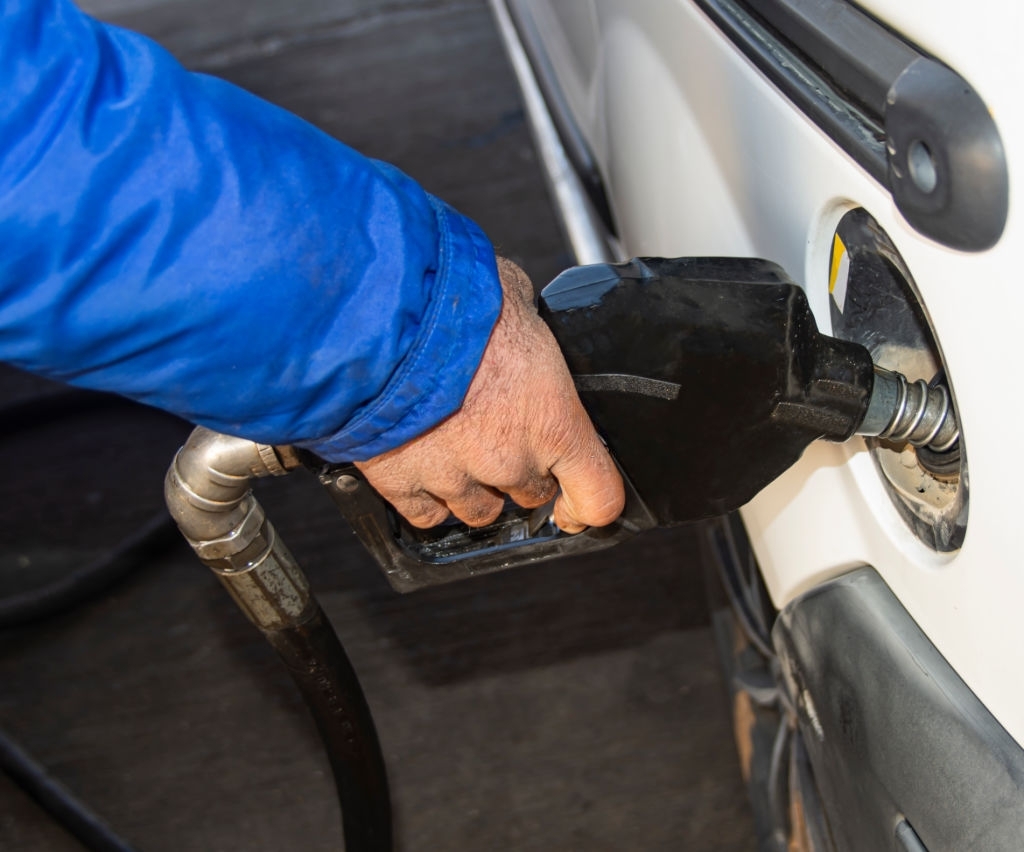 Most modern gas tanks are made of propylene, polyethylene, or vinyl alcohol. Some older cars still use steel, iron, or aluminum tanks. The most common material is propylene, which also happens to be the cheapest material.

Steel and other metal tanks are mostly used on older cars. We recommend replacing your tank with whatever material the original tank was made from.

Car age will also affect repair costs. The older your car is, the more likely it is that you will need some other kind of repairs. Common parts associated with the fuel tank include the fuel pump and fuel relay lines.

If your car is getting up there in years, then your mechanic might recommend you replace several core components of your fuel system.

As is always the case, the make and model of your car will also affect cost. An economy brand vehicle such as a Toyota will cost significantly less to repair than a luxury brand like BMW or Audi.

Certain models of cars may also have unique designs that require special tools or expertise to service properly. For instance, foreign-brand cars typically require a specialized mechanic and tools for servicing.

Most importantly is tank size. The larger the tank, the more it will usually cost to replace. For example, a 13-gallon Toyota Corolla Tank will most likely cost less to repair than a 24-gallon Chevy Silverado tank.

Signs of a Bad Fuel Tank

Here are some of the most common symptoms of a broken fuel tank.

The most obvious sign of a broken fuel tank is visible cracks or dents in the casing. If you cannot see cracks, you can often feel them if you run your fingers over the plastic exterior. Small dents may not require repairs but you should take your car in if you find cracks in the vinyl.

If you find leaking gas under your car, then the most likely places it is coming from are the fuel line or the gas tank. If the gas leak occurs near your rear axle and wheels, then the fuel tank is the likely culprit.

Sometimes, fuel will leak and evaporate without leaving a visible spot, so one way to determine leaking gas is if your car loses gas while not turned on.

Metal tanks can develop moisture on the interior of the reservoir if water gets trapped inside. One way to tell if the interior of your tank is to check the fuel filter. Rust in the fuel will get clogged in the filter, as well as other contaminants.

If you notice a powerful odor of gas while standing next to your car, then a leaking gas tank could be the cause. Cracks on the upper half of the tank may cause the gas to escape as a vapor, causing a pungent smell near the rear of your car.

If you smell gas in the air, call a mechanic immediately as gas vapor can be a health and safety hazard.

How much does it cost to replace a fuel tank?

On average, it should take about $1,500 to replace a fuel tank. The typical price range is between $900 on the low end and $1,500 on the high end. Propylene tanks are typically the cheapest and the most common.

How often do I need to replace a fuel tank?

Generally speaking, your fuel tank should start showing signs of aging after about ten years if it is made from plastic or another synthetic material.

Metal tanks similarly can last about ten years, as long as they are kept clean of moisture and rust. In the best-case scenario, a fuel tank can last for up to 20 years.

What is the best material for a fuel tank?

For modern tanks, the best material is high-density polyethylene. Polyethylene is durable, heat-resistant, and non-reactive, so it will not rust or corrode.

Polyethylene is also very lightweight and relatively cheap to manufacture and install. Lastly, polyethylene is resistant to cracking and fractures from temperature changes over the winter.

Can I drive with a bad fuel tank?

Your car will still start if you have a cracked or leaking fuel tank, but driving while leaking gas is very dangerous. The gas can ignite and start a fire in the tank or in the car.

If you notice that your tank is leaking gas, you should try to empty the tank and call a mechanic.

Where is the fuel tank located?

On most modern sedans and SUVs, the fuel tank is located just slightly above and ahead of the rear axle. The fuel tank is normally outside of the crumple zone of your car, so it doesn’t get crushed and start leaking if you have an accident.

Fuel tanks are an important and often forgotten part of your car. A broken fuel tank can not only affect car performance but also pose a huge safety and health hazard.

Replacing your gas tank can also improve the lifespan of your car more generally. As always, make sure to get quotes from several mechanics to get the best possible price.