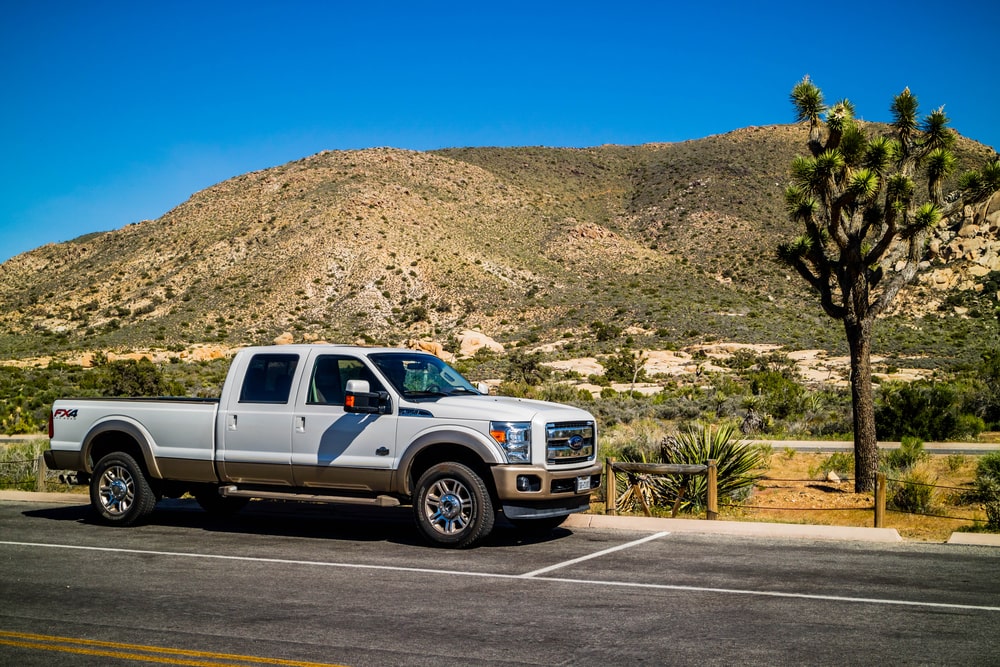 If you are looking for heavy-duty trucks, then the Ford F350 is definitely worth checking out. This beast of a pickup features a massive 6.2-liter V-8 engine that can produce over 390 HP and 430 lb-ft of torque, making it an excellent choice for towing. Unfortunately, the F350 is known to have some transmission problems, so if you run into them, you’ll have to get those problems fixed quickly.

Overall, you can expect to spend about $4500 on average to replace a Ford F350 transmission. The typical price range is between $3,000 and $6,000. Generally, the 4-speed and 5-speed transmission models are cheaper to repair. Depending on your location, you could end up spending more than $6,000 to fully replace an F350 transmission.

There are a lot of things that factor into the cost of replacing a transmission. So we put together this comprehensive article on the costs to replace a Ford F350 transmission. We will talk about costs for professional replacement and also cover comparisons with similar truck models.

What Does a Transmission Do?

How Much Does it Cost to Replace a Ford F350 Transmission?

Overall, it will cost you approximately $4,500 to replace the transmission assembly on a Ford F350. Ford trucks are powerful machines, so they tend to be expensive to repair due to the quality and size of the components.

The F350 has 3 types of transmissions depending on the version you buy. All other things being equal, the 6-speed transmission is the most expensive to repair on average.

Below is a table showing the average cost to replace a Ford F350 transmission compared to similar truck models. Keep in mind that these figures are averages and actual costs may differ depending on your location, your mechanic, and your car’s age.

As you can see, the Ford F150 is on the higher end of the spectrum compared to similar trucks. The main reason why is the F350 has a massive engine and a complex transmission assembly. It has to handle more torque so it’s going to be more expensive to replace.

The Ford F350 comes with three transmission options: a 4-speed 4R100, a 5-speed 5R110W, and a 6-speed 6R140. All other things being equal, the 6-speed version of the transmission is the most expensive to replace as it has the most complex assembly. The six-speed transmission can cost up to $1,000 more on average to repair than the 5-speed and 4-speed models.

The age of your car also matters. Generally speaking, the older your car the more expensive it will be to repair. Older cars may have discontinued parts that will be hard to find. Newer cars are comparatively less expensive and do not suffer from as many maintenance issues because they are new and don’t have any wear and tear.

Signs of a Bad Transmission

Here are the most common signs of a broken transmission on a Ford F350.

The most obvious sign of a bad transmission is difficulty switching gears. The transmission contains several moving parts so if one gear comes out of alignment, then the entire apparatus can fail.

If your transmission is completely blown, then you won’t be able to start your car and switch it out of park so you can’t drive. If your gearbox fails while driving, it can cause damage to your driveshaft and engine block.

If some of the gears come loose in the transmission box, they can start to grind against one another, creating a loud metallic grinding sound.

The transmission assembly contains special coolant fluid for lubrication and reducing the heat from friction. If the assembly cracks, your car may leak this fluid from under your car.

Transmission fluid leaks typically occur near the front of the car right under the main engine hood. You may also notice white smoke coming from your exhaust pipe or under the hood.

If you notice that the shifter stick vibrates violently when you engage it, it could be a sign of a bad transmission. The transmission is typically lubricated so you can switch gears smoothly.

If the transmission is broken and the fluid is leaking, the friction can cause the entire transmission assembly to vibrate, including the shifter stick. A vibrating shifter can make it difficult to switch gears.

If your gear teeth become stripped or out of alignment with one another then your car may slip from one gear to another when driving. You will notice this if your engine suddenly starts to rev more even if you haven’t consciously switched gears.

Slipping gears can be very dangerous as you can lose control of your car and damage your driveshaft and engine.

How much does it cost to replace a Ford F350 transmission?

How often should I replace my transmission?

Most modern cars are designed to never need their transmission replaced. However, you should still get your transmission inspected when you take your car in for routine maintenance, and it may show signs of aging after about 100,000 miles.

Can I drive with a bad transmission?

You can, but it is not recommended. In some cases, a broken transmission means that you won’t be able to start your car and put it out of park.

If the transmission fails while you are driving, you could lose control of your car and crash. So if you suspect that your car has transmission problems, you should take it to a mechanic immediately to diagnose and fix the issue.

Can I replace a transmission on my own?

You can but it is difficult. You will need special tools and you will have to essentially disassemble the entire gear assembly of the truck.

We would highly recommend having a professional do the job unless you have experience working on cars. It is relatively easy to put something out of place and damage a new transmission if you are not an expert.

Is the Ford F350 expensive to repair compared to similar cars?

Does the F350 have transmission problems?

Yes, the Ford F350 is known to have some transmission problems. Many owners report experiencing shifting problems after about 100,000 miles.

You can reduce the likelihood of experiencing transmission problems if you remember to get regular maintenance each year and change the transmission fluid once at least every 50,000 miles.

Does the F350 have an automatic or manual transmission?

Unfortunately, the F350 is not a very reliable car. It has a 1.5 out of 5 reliability rating from RepairPal and Consumer Reports says it is less reliable than average when compared to trucks with a similar price point, engine, and frame.

The average annual maintenance expenses for the F350 are about $1,200. However, high maintenance costs are expected with a heavy-duty machine like an F350.

The F350 is one of the most popular heavy-duty pickup trucks on the market with its powerful engine and massive amounts of torque. Unfortunately, like many trucks, the transmission of the F350 has some problems.

If your transmission breaks, you will need to get it replaced as quickly as possible. As always, make sure to get quotes from several mechanics so you can get the best price.