Ford Cummins Conversion Costs | Is It Worth It? 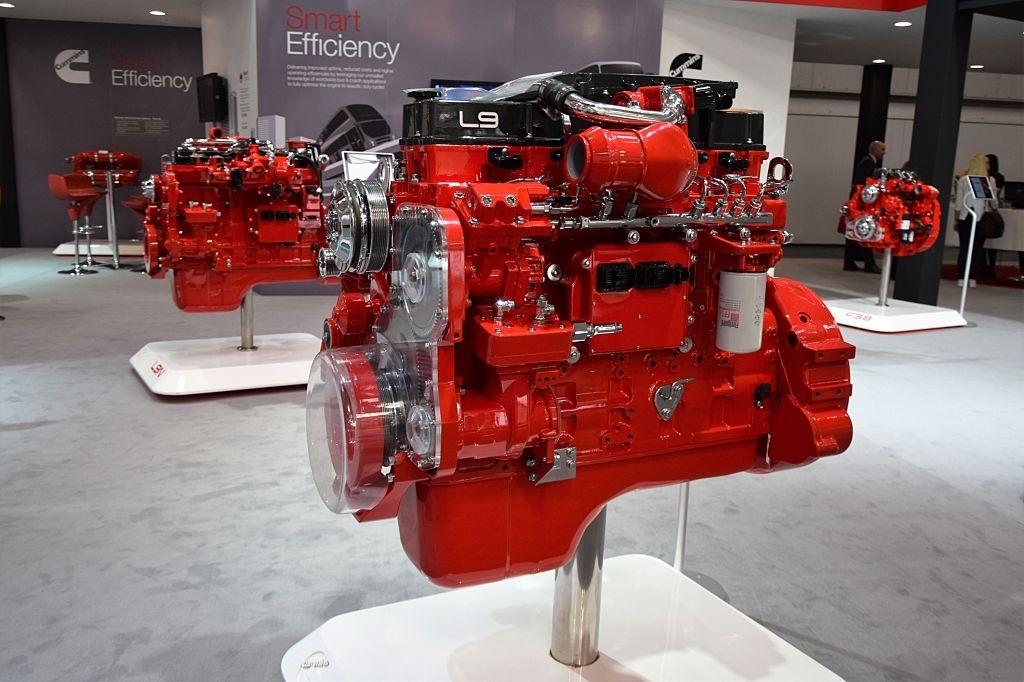 Pickup trucks are one of the most popular types of cars in the US, the Food F-1509 being the most popular. People love the F-150 due to its large frame and powerful engine meant for offroading and towing.

However, some owners want even more power out of their F-150 and will swap out the existing engine with a Cummins engine.

This price includes the price of the engine and installation costs. Cummins engines on their own cost anywhere between $5,000 to $10,000. You may also have to pay more to get the right accessories to go with the engine.

We will also cover the various pros and cons of switching to a Cummins engine.

How Much Does it Cost to Put a Cummins Engine in a Ford?

Depending on your specific truck and your mechanic’s location, you could pay upwards of $15,000 or even $20,000 to get a completely new engine.

These costs are split between engine costs and labor/installation costs.

Cummins engines are available from several dealers and from Cummins itself. The price of engines depends on your location and your intention with buying, but most people can expect to pay at least $9,000 for the engine itself.

If you are looking for a simple kit, you can buy their Cummins R2.8 Diesel through the Cummins Repower program.

With Cummins Repower, you will get a 4-cylinder diesel engine and all of the requisite motor mounts, cooling packages, and more. You also will get on-call customer support when you buy an engine.

The other part of the cost is installation. Installation costs can vary greatly depending on the type of car you have and your mechanic’s location.

The national average for labor costs hovers between $80 to $100 power hour. However, some locations might go as low as $40 an hour while others may be over $150 per hour.

Assuming the national average for labor costs, the installation will cost at least $3,000. If you live in a highly populated city with high labor costs, you will probably pay around $5,000 to $6,000 for installation alone, potentially more.

The make and model of your truck will significantly affect conversion costs. Cummins engines are not made for any one particular car so you will have to modify your engine mount.

This may involve building new components, which have high labor costs.

Cummins offers six consumer-available diesel engines and an option for remanufactured engines. All Cummins engines are 6.7 liters except for their 5.0L V8 Turbo Diesel engine.

The more powerful the engine, the more expensive it will be. Also, larger engines will likely have higher maintenance costs.

You will likely have to buy a new set of filters, connectors, and spark plugs to make the engine work correctly.

Depending on what you have to buy, you could end up paying around $1,000+ for the additional parts.

Cummins engines are very popular, but they are not perfect. Like any engine, they have advantages and disadvantages. Here are the most important pros and cons of Cummins engines.

Cummins engines are also very efficient and can get great fuel economy, especially now that diesel fuel is slowly matching the price of traditional unleaded gas.

Diesel fuel is more energy-dense than petrol, so you can burn less diesel to get the same amount of energy than unleaded gas.

Although diesel has more carbon per unit of mass than petrol, the engine is more efficient. So overall, diesel engines produce fewer greenhouse gasses.

Diesel engines produce fewer hydrocarbons, lead, and carbon monoxide than petrol engines, but they do produce ozone and nitric oxides. Emissions systems are designed to reduce the presence of these harmful emissions.

Since Cummins engines are designed to work with several cars, they are also relatively easy to modify and add aftermarket parts.

New mods and upgrades are readily available too so you customize the performance of your Ford Cummins conversion.

In some places, you may not be able to find diesel fuel because there is a lack of demand.

Diesel engines ultimately do the same thing that gas engines do, but they have different parts. Diesel engine parts typically cost more than their gas engine counterparts and can be much more difficult to find, depending on your location.

Cummins aftermarket engines are not designed for a particular car but are instead meant to be modified to fit into different cars.

That means you will have to modify your car’s body to fit the engine. Your mechanic may have to weld new engine mounts or build new fixtures from scratch.

What is a Cummins?

Cummins is an American manufacturing company that produces automotive and industrial components, such as fuel systems, controls, emissions, electrical systems, and more.

A Cummins conversion involves swapping your existing engine for a Cummins engine. Engine swapping is a difficult process that takes a lot of time and money, especially if you have a big pickup truck such as a Ford.

A Ford Cummins conversion is sometimes called a “Fummins.”

The Ford F-150 is one of the most popular trucks in the world and comes equipped with a powerful V6 or V8 engine that can generate a ton of horsepower.

However, many Ford owners want to upgrade their existing rig by putting a Cummins engine in their truck.

How much does a Ford Cummings conversion cost?

You also need to factor in costs for various accessories such as filters, cables, pumps, and connectors. The engine itself will cost around $8,000 on average while labor and installation can cost around $4,000 to $5,000 alone.

How long does it take to install a Cummins engine?

It depends on the kind of car you have. Some cars may only take about 12 hours to switch the engine if the mechanic does not have to make any modifications.

If the mechanic has to make substantial modifications to the engine harness, then it may take upwards of 20-30 hours to finish an engine swap.

Can I install a Cummins engine on my own?

You can, but it will take a lot of time and effort. You will most likely have to rebuild the engine mounts and create new fixtures.

Depending on your car, you may have to reshape your engine hold to fit the Cummins. An engine swap is a completely custom job, so you will need to plan it out thoroughly.

Is a Cummins conversion worth it?

It depends on what you want. Overall, it may be cheaper and less of a hassle to just buy a new truck with a diesel engine.

Cummins conversions are very expensive and take a lot of time. However, it will make a fun project for car hobbyists. It can also be a way to keep your old truck if you have a sentimental attachment to it.

Cummins makes great diesel engines and it is clear why so many enthusiasts love modifying their trucks. A Ford Cummins conversion can be a great idea if you want extra power for offroading/towing and want to switch to a new type of fuel.

Converting to a Cummins is an expensive and time-consuming process, so make sure that you get quotes from several mechanics so you can get the best possible price.