How Much Does Engine Rod Repair Costs? 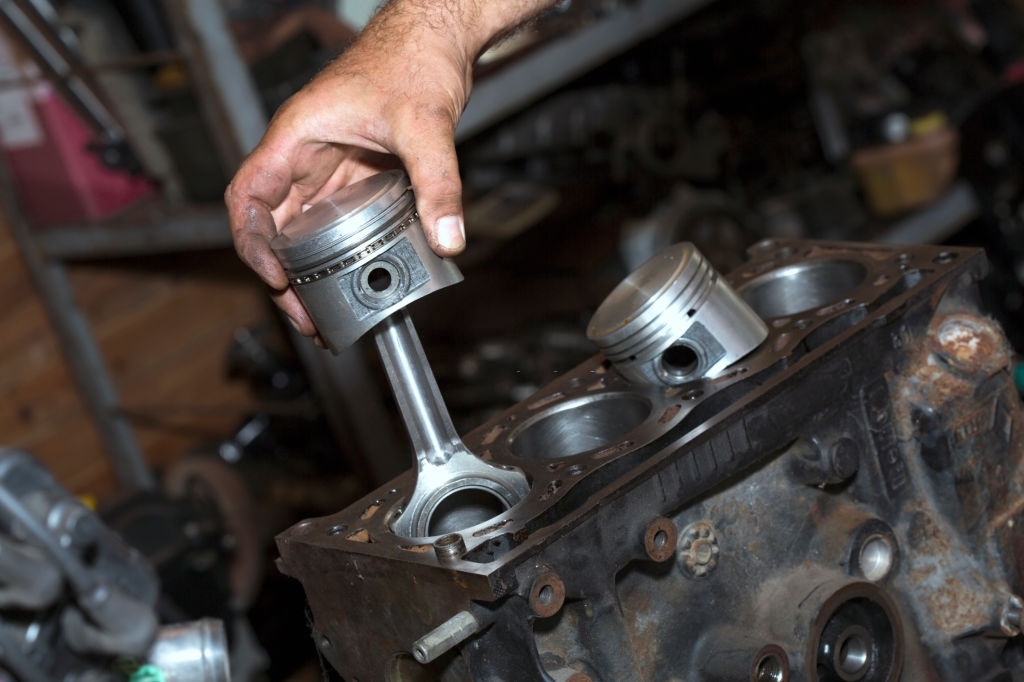 Car engines are complex and contain several parts that move together to power your car. Engine rods are a crucial component of the car’s drivetrain and work to transform the force of the engine into the motion that turns your car wheels. Like any car part, engine rods wear down over time and will need to be replaced eventually.

Engine rods are expensive to repair because disassembling the engine takes a lot of time and effort. When you replace the engine rods, you will also have to replace seals, gaskets, and connecting bearings.

There are a lot of things to consider when it comes to replacing engine control rods. So we put together this comprehensive article on the costs of replacing an engine rod.

We will cover engine rod costs and also talk about costs of related repairs.

What Is an Engine Rod?

Engine rods, also known as connecting rods, are a central part of your car’s engine that connects the crankshaft to the pistons.

Most engine rods are made from cast metals like aluminum or steel to withstand the bending and buckling that occurs as it moves.

The rods connect to the endpoints using pins or bearings, depending on the type of engine you have. Most cars have a rod for each piston.

So for example, a V6 with six cylinders would have six connecting rods.

How Much Does it Cost to Replace an Engine Rod?

Engine rods are crucial components and are expensive to fix because they require a lot of labor. On average, you are looking at about $2,500 to replace a blown engine rod.

The typical price range is between $1,500 on the low end to over $4,000 on the high end. This price is high because replacing a control rod also involves replacing the gasket, seals, and bearings.

The cost varies heavily depending on the constitution of your engine. In most cases, the mechanic will have to completely disassemble the engine to access the crankshaft and pistons.

This takes a lot of time and effort. In some cases, the damage might be so severe you need to replace the entire engine. Replacing the engine could cost you upwards of $10,000 or more.

Generally speaking, the most expensive part of replacing your connecting rods is labor. If you have the right tools and the right know-how, you can replace your engine rods on your own and save money.

Connecting rod parts should cost you about $350 on average. The typical price range is between $200 to $500. Below is a table showing the average cost for various popular engine rod components.

These costs are averages and may be subject to change.

Most cars have a connecting rod for each cylinder. So if you have a 4-cylinder engine and want to replace all the connecting rods, you would have to buy four.

Most of the time, you will not have to replace all of the connecting rods at once. However, if your car is older, then your mechanic may recommend changing all the rods so they have equal wear and tear.

Generally speaking, engines have one control rod per piston. If you have multiple bent rods, then you will need to pay more to replace them.

Also, some engines are more difficult to repair than others, such as luxury and foreign brands.

Most modern cars use cast rods because they are cheap and tough. Powdered metal and forged rods are also commonly used as stock rods.

Billet rods are made from a single metal piece and are usually used in high-performance racing vehicles due to their durability.

Generally, steel makes the best material for rods due to its high tensile strength and thermal resistance.

Your car make/model also matters. As you might expect, luxury brands and foreign cars will be more expensive to replace due to the advanced parts and electronics/computer systems.

Also, high-performance trucks will also be more expensive to repair because they require stronger engine rods.

Signs of a Bad Engine Rod

The most common sign of a broken control rod is a loud, knocking noise coming from the engine as it runs. Engine knock is caused by the connecting rod coming loose and scraping against the other components of the engine.

The knocking noise repeats and gets faster as the engine works harder. Most people report hearing a loud bang when the engine rod breaks.

The simplest way to tell if your connecting rod is damaged is to visually inspect it. Open up the hood of your car and see if the bearings or pins connecting the rod are loose or broken.

Your connecting rod may also be bent, which will be easily visible. In some cases, your rod may be entirely snapped in two.

The engine rod connects to the pistons and can cause a drop in pressure when bent. One way to tell if your engine rod is bent is to get a pressure test.

Note that other issues can cause low compression, so use a compression test to narrow down the possibilities.

A broken connection rod can also cause you to lose oil. Loss of oil can lead to engine overheating, which can further damage engine components.

Check your oil levels with an oil pressure gauge, or keep an eye out for low oil pressure indicator light on your instrument panel.

Since the engine rod connects the pistons to the crankshaft, it plays an extremely important role in running your engine. When the control rod is broken, your engine may periodically seize or, in some cases, not start at all.

How much does it cost to replace an engine rod?

It will cost you an average of $2,500 to replace a broken engine rod. Engine rods are difficult to replace and require a lot of labor. If it costs more than $5,000 to replace the engine rod, then you may be better served replacing the entire engine.

How often should I replace my engine rod?

Assuming that you get regular maintenance and remember to change your oil, an engine rod can easily last for 200,000 miles.

Most car owners never have to replace the engine rods on their cars. If you fail to get regular oil changes, your engine rods may only last 50,000 to 100,000 miles.

Can I replace an engine rod on my own?

You can, but it is a difficult and labor-intensive process. To replace a rod, you will likely have to disassemble part of your engine mount and remove the main bearings.

Taking the engine apart and putting it back together is a tricky process that is easy to mess up. If you mess up connecting rod placement, you could blow a cylinder or affect the engine performance.

Can I drive on a bad engine rod?

It depends on the extent of the damage. If it is slightly bent, you should be able to still drive on it but the corresponding piston may lose pressure.

If the rod is too bent or snapped, then your engine might seize or not start at all. Either way, it’s in your best interest to get a broken engine rod fixed as quickly as possible.

Should I replace the rod or the entire engine?

It depends on the cost. If it costs more than $5,000 to replace a connecting rod, then it might be in your best interest to get an entirely new engine.

A broken control rod usually means your engine is getting up there in years. A new engine costs over $5,000 usually, but you will get a new machine that has 0 miles on it.

Connecting rods are an extremely important part of your car engine and need to be replaced as quickly as possible when they break.

Otherwise, you could run the risk of damaging your car even more if you drive on the broken rod. As always, make sure that you get quotes from several mechanics so you can get the best possible price on repairs.