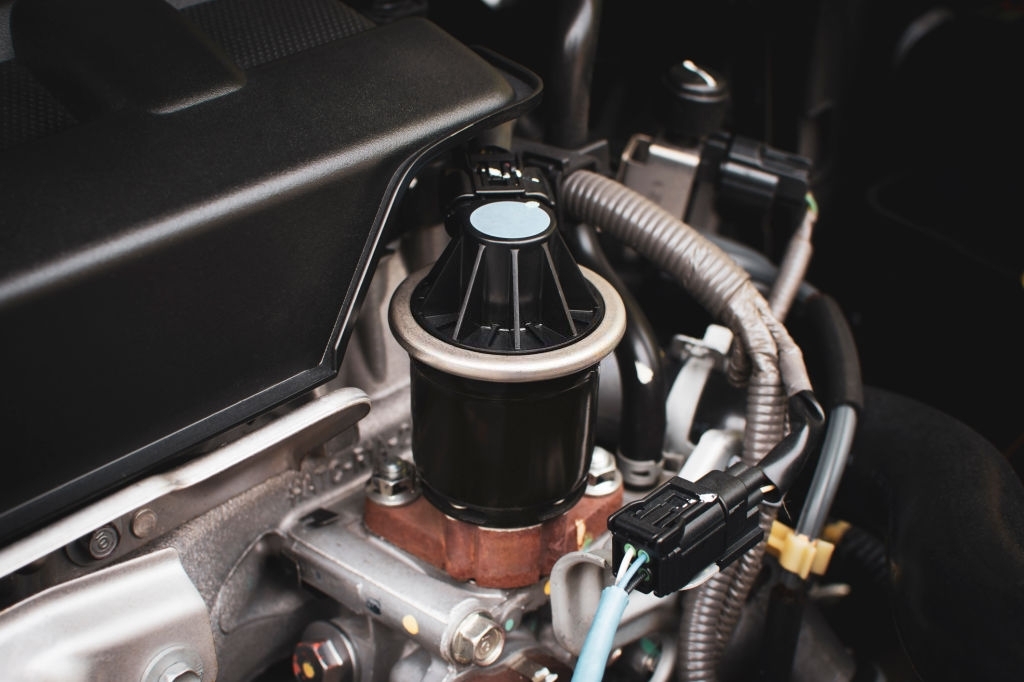 Since EGR valves handle a large quantity of exhaust gas, they will clog and need to be cleaned periodically.

On average, it will cost you about $100 to get a mechanic to clean your EGR valve. You can clean the valve yourself to save money. If the EGR valve is broken, you can expect to pay about $300 for a new one. The typical price range is between $200 to $600.

To help you out, we will cover the average costs to clean and replace an EGR valve. We will also talk about how to DIY clean a dirty valve.

What is an EGR Valve?

An exhaust gas recirculation (EGR) valve is an important component of your car’s emissions system. When your car burns fuel, temperatures get over 2,000-degree F.

At these temperatures, nitrogen in the combustion chamber will react to form compounds with oxygen, called nitric oxides. Nitric oxides are poisonous and extremely bad for the environment.

Modern cars use EGR valves to recirculate exhaust gas back into the combustion chamber, cooling your engine and reducing the formation of nitric oxides.

Typically, the EGR valve is located near the back of the engine, next to the firewall. Car companies started using EGR valves in cars in the 60s due to environmental concerns from emissions.

EGR valves are constantly working hard to recirculate gas, so they get dirty and need to be cleaned regularly.

How Much Does it Cost to Clean an EGR Valve?

Cleaning an EGR valve is a relatively simple procedure that normally takes under two hours, depending on the kind of car you have. It should only cost you about $50 to $100 to do a regular EGR valve cleaning.

If you have a foreign car, then it may cost up to $200. Cleaning your EGR valves regularly will prevent costly repairs in the future. As the residue builds up, the mounting pressure can crack the gaskets or it can crack the valve passage itself.

If your EGR valve is cracked or old, then you may need to get a new one. Overall, you can expect to pay about $300 to replace a broken EGR valve. The typical range is between $200 on the low end and $600 on the high end.

Below is a table showing the average EGR valve replacement costs for various popular car models. These prices are averages and your exact costs may differ depending on your car and your mechanic.

As you can see, replacement costs for luxury models are higher because they have specialty parts or require specialty services. Generally, consumer brand cars have only one EGR valve, though some might have two or more, depending on the model.

Signs of a Dirty EGR Valve

Here are the most common signs of a bad EGR valve.

Modern cars are designed according to certain emissions standards. So if you have a broken EGR valve, one of the most obvious signs is increased emissions.

If you have a broken or dirty EGR valve, then you will probably fail any emissions tests. You may also see slightly more smoke than average coming from your exhaust.

As a result, the engine will get too hot and won’t burn fuel as efficiently. So if you notice that you are burning through gas faster than normal, a broken EGR valve may be the culprit.

Since the EGR valve makes the combustion reaction more efficient, a broken EGR valve can cause a loud rattling sound when idling. Since the engine is too hot, the engine will make more noise than normal.

You might also notice the sound getting louder as the engine warms up more.

One final sign of a clogged or broken EGR valve is engine knock. Engine knock refers to your engine burning fuel unevenly. Normally, fuel combustion is localized to pockets near the cylinders.

If the EGR valve is blocked and the engine is too hot, all the fuel might ignite at once instead of when it’s supposed to.

How to Clean an EGR Valve

Here is a quick step-by-step guide on how to clean an EGR valve. You will need the following tools:

First, locate the valve. In most modern cars, it is located at the back of the engine, close to the firewall. Your valve might have a small vacuum hose attached to it.

Unplug all electrical cords from the EGR valve and start removing the mounting bolts with the wrench. If the valve has a pipe coming out of the back, use the adjustable wrench to take it off.

Once the valve is removed, put on gloves and goggles and wipe the components down. Use a scraping tool to remove any build-up in the passage.

If the build-up is hard, soak it in the cleaning solution for an hour then scrape it away with the brush. Do not scrape too hard with the brush or you can scratch the inside of the valve passage.

After cleaning, wipe the valve dry and reassemble the components. Make sure the gasket is sealed before finishing up. You can test your car’s emission to gauge whether the valve is working properly.

How much does it cost to clean an EGR valve?

It costs about $50 to $100 to get your EGR valve cleaned. If the valve is broken, it will cost approximately $300 to get it replaced with a new one. Luxury brand cars may cost up to $600 to repair.

Why do I need to clean my EGR valve?

Your EGR valve works constantly to recirculate exhaust gas, so it will become coated and clogged with engine soot. Eventually, it can become clogged from residue and won’t work properly until it’s cleaned.

How often should I clean my EGR valve?

Experts recommend that you clean your EGR valve and other engine passages at least once every 50,000 miles. If you drive a lot or have a high-performance engine, then you may need to clean it at 30,000 miles. The typical EGR valve will last up to 10 years on average.

How can I tell my EGR valve needs to be cleaned?

The most obvious sign that your EGR valve needs to be cleaned is if you have increased emissions or your fuel economy drops. Other common symptoms of a broken valve include decreased engine power or more exhaust smoke than normal.

Can I clean my EGR valve on my own?

Yes, you can clean an EGR valve on your own. You can buy engine cleaner meant specifically for cleaning your valve and you only need a few common tools. Depending on the kind of car you have, you may not have to take the valve off to clean it out.

EGR valves are a crucial piece of your car’s emissions system, so you need to take good care of them. Fortunately, getting an EGR valve cleaned is very cheap and won’t set you back too much money.

As always, make sure you get quotes from several mechanics so you can compare prices and find the best deal.