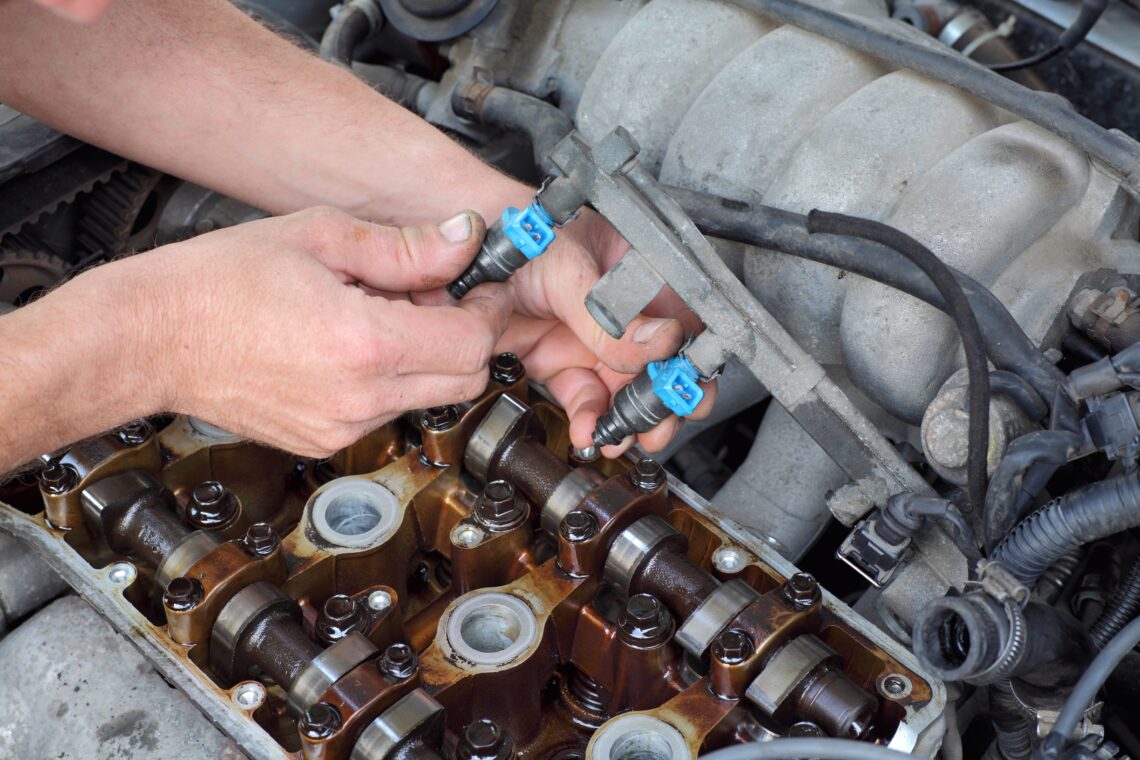 Duramax Injectors can sometimes need to be replaced. This is often related to poor quality fuel which causes premature injector failure within the engine.

This is a dreaded repair process for many truck owners due to the cost associated with this job.

The total cost for Duramax injector replacement is $2,000 and $6,000. The labor costs associated with this job can range from $800-$1,500.  Related repairs could be needed if you have driven for a long time with dirty fuel injectors.

If you want to learn more about the costs associated with Duramax Injector Replacement, read on!

The cost of this project is so high due to the arrangement of this kind of engine and the number of parts that must be replaced to repair the problem. There are some variables in cost related to the kind of engine that needs the fix.

You might find that the repairs will take more or less time depending on which kind of Duramax Engine you have.

The amount of labor that is involved in the job will affect the overall cost of the replacement process for you as the customer.

Some makes and models of vehicles will not require as much in the way of disassembly to gain access to the fuel injection system, which can save time and labor costs overall.

The year of your vehicle can also have a significant impact on the cost of this repair service and models that have a heavy-duty engine are going to cost significantly more than those with a regular engine.

The hours of labor involved can also vary depending on whether you take your truck to a dealership or to a mechanic shop for the service.

How to Avoid Duramax Injector Replacement

The biggest factor in the failure of Duramax Fuel Injectors is bad fuel. You can avoid this replacement service in most instances by making sure that you are not running poor-quality diesel fuel through your engine.

The best way to make sure that this is not going to impact your engine is to shop for fuel at locations that belong to major companies like Chevron.

Small stations might not sell much diesel and the diesel in the tanks could have been sitting for a long time. Smaller stations might also buy contaminated fuel.

You should always aim to buy fuel at locations that sell large volumes of fuel.

Another warning sign when fueling up is a pump that is running very slowly. It might be worth just paying for the small amount of fuel you have purchased and moving on to greener pastures.

Old fuel is just as bad for your engine as contaminated fuel.

Operating conditions can also cause stress to your engine that can lead to injector failure. Make sure that you are not driving your truck solely on small journeys around the block or down the road.

You should also avoid long periods of engine idle. Make sure that you are also aware of running your vehicle for too long in a high-pressure atmosphere or high heat conditions.

The signs of this kind of part failure are often subtle at first. You might not be aware of the change in performance right away, but you should pay close attention to early warning symptoms to avoid engine damage.

Any or all of these symptoms might happen in conjunction to indicate that your engine is going to have injector failure. You should always make sure that you take these signs and symptoms seriously so that you do not damage the rest of your engine.

Driving with bad injectors can cause you to have to pay for other repairs at the same time as the injector replacement, and you should always avoid causing damage to other parts of your engine whenever possible.

What Year Duramax Has the Most Injector Problems?

While this can be an issue for any year of Duramax vehicles, there are particular engines that are more prone to this problem than others. The worst culprit for injector failure is the LB7 Duramax which was built from 2001 to 2004.

This is a common failure for this year of truck, whether or not poor-quality fuel is run through the engine.

The original injectors for this engine usually fail at high fuel return rates and this causes hard starting and rough running as well as rough idle. The first sign that things are amiss is usually a very rough idle.

Thankfully for those who own this make and model of truck, the replacement parts that have been made since these vehicles were in production are not prone to these issues and you will likely only ever have to replace these parts once during the life of your truck.

You should plan on this cost being part of the ownership of this year of truck, even if you are making sure to take excellent care of your vehicle.

If you have a 6.6 Duramax that you think is having similar issues, you might experience rough idle, hard start when hot, and very low power. The same repair and replacement costs will apply for this engine to be fixed as well.

How to Replace Duramax Fuel Injectors

The wiring harness and other major parts will have to be disconnected as well.

The injector assembly will be removed and then new fuel injectors will be installed and mounted. The fuel lines will then be reconnected and the battery and the radiator will be reattached.

The whole process takes about 12 to 14 hours in the shop due to the large number of parts that must be removed and replaced.

These small parts are asked to do a lot of important work in your engine. Taking care of your overall engine health will help keep these parts from failing before the predicted lifespan of your engine.

As mentioned above, do not fuel with cheap fuel or at small stations. Make sure that you explore having a professional fuel injector flush done if you think that you have fueled with dirty fuel.

You can also buy a $4 or $5 bottle of fuel cleaner to dump into your gas tank to help keep your fuel injectors from getting clogged.

If you are worried about access to good fuel during a road trip or related to issues with fuel supply in your local area, a fuel cleaner can help keep your engine healthy despite these difficulties.

Fuel injectors should last for about 60,000-80,000 miles if you are changing your oil on the set schedule that is recommended and if you are making sure not to fuel with dirty fuel.

The atmospheric situation and your overall driving style might affect the lifespan of your fuel injectors, but overall, they should last for this average duration.

At the end of the day, the first signs of fuel injector failure should make you concerned enough to consider having them replaced.

Always seek assistance from a dealership or mechanic if you are not sure if fuel injectors are the reason for your truck’s poor performance.

Avoiding further damage to your car’s engine is a valuable part of accessing expert help when you need it for fixes related to your fuel injection system.

If you are facing a fuel injector replacement service, you might be worried about the cost of this service. Make sure that you ask your mechanic or the dealership what the total cost of the job will be before you commit to paying for it.

There is nothing worse than agreeing to a job only to find out that you cannot comfortably afford the services that were needed to repair your truck.

You will not be able to drive your truck until your fuel injectors are replaced, so you will need to seriously consider budgeting for this kind of repair in advance of this becoming an issue.

This is why it’s always such a good idea to avoid fueling with dirty fuel and other common mistakes that lead to the failure of this necessary engine part.

Spending a few dollars on a bottle of fuel cleaner can save you thousands of dollars that are caused by dirty fuel being added to your gas tank.

Plan on spending $2,000-$6,000 for this repair process depending on the make and model of the Duramax that you own.