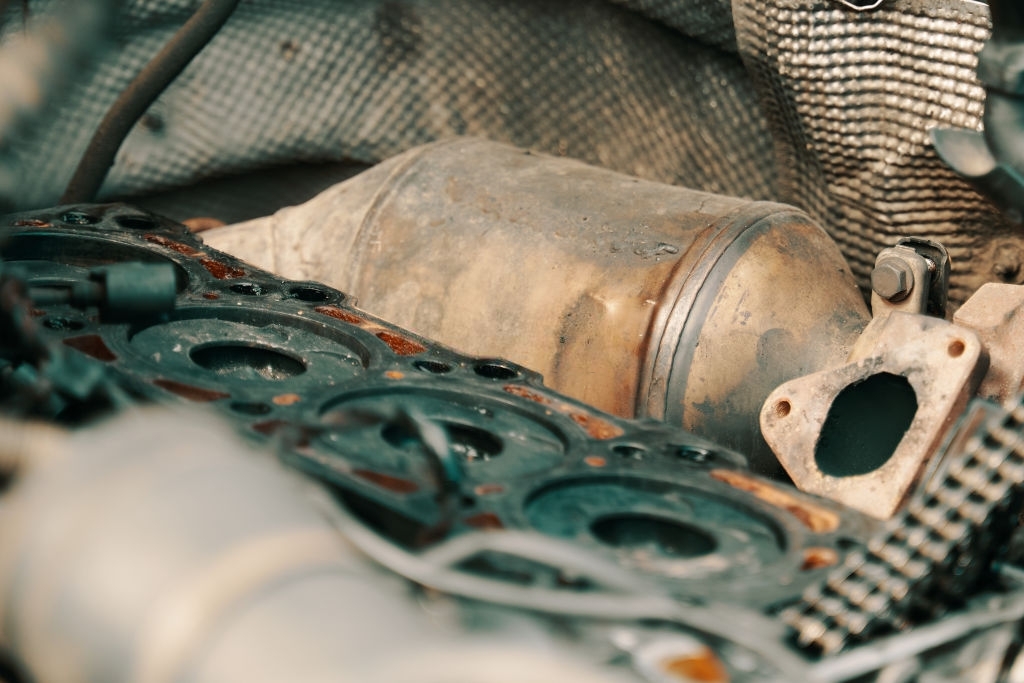 A DPF (or, Diesel Particulate Filter) is a device that reduces emissions from diesel by filtering soot and recycling it for fuel. Eventually, the DPF can wear out and become ineffective.

Removing the DPF without replacing it is bad for the environment, your vehicle, and it’s illegal. So, it’s the kind of repair that’s not really optional, no matter how costly it may be.

A replacement DPF may cost anywhere from several hundred dollars to $10k or more. Depending on the brand and condition, most Duramax DPF replacements are in the $1,200 to $2,500 range.

How Much is a New DPF for a Duramax Truck?

A replacement Diesel Particulate Filter is an expensive part for your Duramax. They range in price depending on where you purchase it from, the part’s specifications, and the condition. Some filters have different grades which may increase the price.

However, it may not always be necessary to replace the DPF. Proper care and maintenance will help extend the life of this costly part and save you some money in the long run.

More importantly, a properly functioning DPF will keep you and your passengers safe from harmful fumes, and help keep dirty exhaust out of the air.

You will also have the option between a new, aftermarket DPF, or a remanufactured or reconditioned DPF. Even though an aftermarket DPF is not made by the factory, it is made to the same specifications as the original part.

They are also typically sold with pretty solid warranties and are just as good as the original. On the other hand, you could purchase a remanufactured unit which is usually cheaper than a new aftermarket DPF.

However, remanufactured units don’t typically have the same extensive warranty coverage as a new aftermarket filter. In addition, some companies recommend that you replace the remanufactured DPF with a new one rather than cleaning it for reuse.

In some states, like California, it’s illegal to install or sell remanufactured or salvaged diesel particulate filters. So, it’s important to understand what the local regulations are regarding the DPF and other emissions standards.

Other Factors to Consider

While replacing your DPF may be a costly repair, there are other factors to consider that add value to your expense. For example, you’ll likely experience improved performance if your previous filter was damaged or heavily clogged with soot and debris.

You’ll also have increased fuel economy, which could mean savings on diesel – especially over time. In addition, your DPF will be more efficient at regenerating, meaning that it will continue to perform better as it works the way it was intended.

Something else to consider is that removing your DPF may be illegal. According to the Clean Air Act, tampering with, removing, or even being involved with the deletion of a truck’s DPF system (even if unknowingly) is illegal.

Removing your DPF may result in up to a $3,750 fine by the EPA for a single truck.. That number may be much higher if it’s a whole fleet of vehicles.

Because of the cost, some people may find it tempting to remove the DPF when it’s not performing properly instead of replacing the unit. This is especially true with older vehicles where the cost for the new DPF may even exceed the truck’s value.

However, removing the DPF is never recommended and may actually cause you more problems (and expense) in the long run.

Cleaning and Maintaining Your DPF

The diesel particulate filter is an important component that keeps your truck running efficiently and cleanly. If it’s not properly maintained or if it’s not functioning properly, it won’t be doing its job to trap ash and soot in your exhaust.

After some time, the debris needs to be burned off through a regeneration process. The manufacturer will provide a maintenance schedule for when the DPF needs to be serviced and cleaned.

Without maintaining the DPF, it will eventually stop working properly as it becomes clogged up with debris, ash, dirt, soot, and other particulates that may cause permanent damage.

Most manufacturers recommend that DPF goes through regeneration at least every 200,000 miles. Depending on your use, the vehicle may go through its passive regeneration process every 300 miles or so.

How often you need to have your DPF cleaned depends on your driving habits. If you drive your truck more frequently or on longer trips, you’ll need cleaning and maintenance sooner than someone who doesn’t drive as much.

Driving at slower speeds versus highway driving may also increase the amount of buildup in a shorter time. The fuel and oil that you put into your vehicle may also affect your DPF.

It’s always a better idea to use higher-quality products that burn cleaner. Low-quality oil will be hard on your DPF, so it’s a good idea to make sure that whatever you use in your truck meets the specifications that the manufacturer recommends.

SAPS additives can cause problems for the DPF and may result in it getting clogged with ash if the SAPS is too high. If the SAPS is too low, it may wear down your engine faster because it’s not lubricating well enough.

Similarly, using higher-grade diesel fuel will be better for your engine and DPF. Not to mention, better quality fuel is typically more efficient and burns cleaner.

If you believe that your DPF is blocked or you need to clear out some buildup, it may be time for regeneration. This is simply the process of burning out all the soot and buildup from inside the filter. Regeneration typically costs $100 or less, if you have to take it to a shop to have the work done.

Regeneration happens in one of three ways:

This is best for trucks with low-duty cycles because soot builds up in the filter as the vehicle idles or drives slowly.

Active regeneration involves using some action or change in engine operation to start the process. This can mean increasing the exhaust temperature.

This process happens automatically when the exhaust reaches a certain temperature. This can occur when the vehicle is driving at higher speeds or when the engine is working extra hard.

If the vehicle doesn’t go through active or passive regeneration and the amount of soot and buildup is too high, forced regeneration may be required. This is sometimes also called “parked” or “manual” regeneration.

However, if the buildup is too severe, forced regeneration may not be an option. If it’s 85% blocked (or more), the DPF will need to be removed for cleaning or replaced.

Every 150,000 – 300,000 miles, the DPF should be cleaned to ensure that it’s working properly. The cleaning process must be done carefully to avoid damaging the filter.

Typically, the DPF is cleaned using air blasting, deionized water, and a suction system. If the regeneration processes fail and you see an indicator light on the dash for the DPF, it may mean that you need a full professional cleaning.

However, some professionals recommend that for older engines you clean the DPF every year even if there are no issues. There are some portable cleaners on the market that may be a good option if you have multiple vehicles or need to clean your DPF often.

Not to mention, if you have any other diesel vehicles or equipment that have DPFs, you can use a portable cleaner to maintain all of them.

Replacing the DPF in your Duramax truck is an expensive repair, but it may not be necessary. If you keep up with the necessary maintenance, and cleaning, and use quality oil and fuel in the vehicle, it can help to extend the filter’s life.

If you do end up needing to replace the DPF, you will probably spend between $1,000 and $3,000, though some units may be priced much higher.

One option is to purchase a remanufactured DPF, but there are other risks associated with purchasing refurbished parts that you’ll need to consider. Plus, in some states like California, it’s illegal to sell remanufactured DPFs.

The DPF is an important component to keep you and your passengers safe from breathing noxious fumes, and it will ensure that your diesel truck is in compliance with local and federal emissions standards.

Keep up with maintaining your DPF to reduce costs over time and keep your vehicle running well.