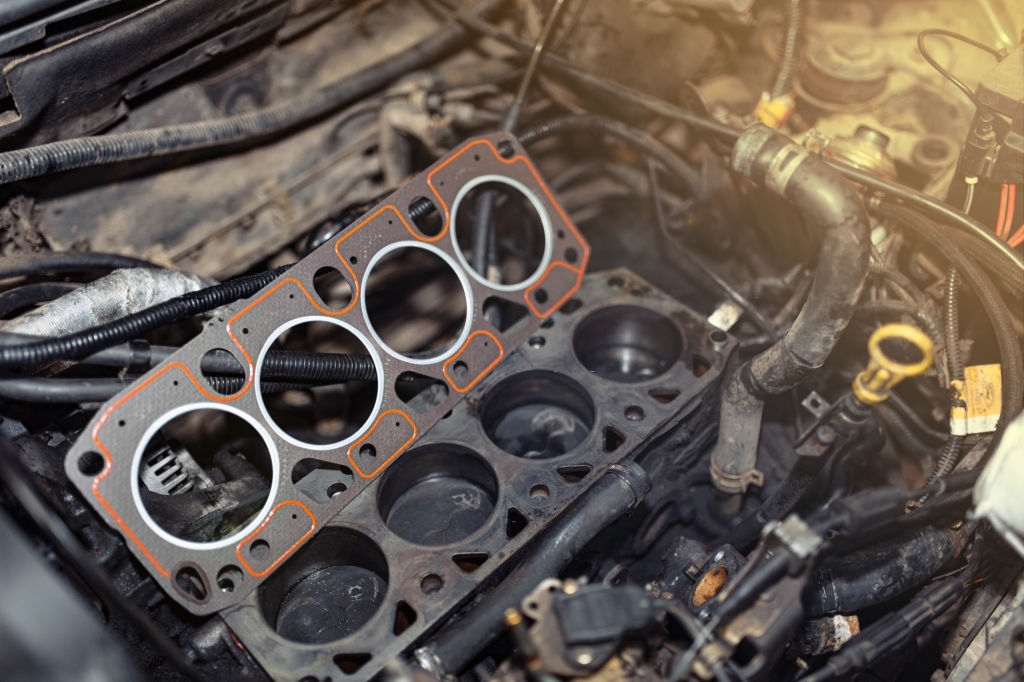 Replacing a head gasket can be a very expensive repair. Many people have to decide whether or not it’s worth it to perform such a repair on their vehicle.

However, many vehicles need this type of work done at some point, and Duramax is no exception.

The cost to replace the head gaskets in a Duramax average is between $3,500 and $6,500. The exact price tag will depend on how long it takes to complete the job, as most of the cost is labor.

Cost to Replace a Head Gasket in a Duramax

Most people should plan to spend around $4,500-$5,500 to have the head gasket replaced in a Duramax.

The actual price may be slightly higher or lower depending on the vehicle specifics, where you take it for the work, and your geographic location.

Because so much of the cost is attributed to labor, you should expect to pay more if you take the vehicle to a dealership versus a local mechanic.

The good news is that a head gasket repair or replacement is not something that you should expect to need often (if ever) during your vehicle’s lifetime.

However, if you have an older model, you may need to start thinking about having your head gasket replaced in the near future.

Replacing the head gasket in your Duramax truck is a labor-intensive job. You will probably be spending well over $3,000 for the labor costs alone, with a total labor charge of closer to $4,000 being more likely.

Most garages or dealerships spend anywhere from 36 to 44 hours completing a head gasket replacement on a Duramax. Because the labor rates for mechanics vary widely depending on where you’re located and what type of garage you’re using, the cost can also vary significantly.

According to AAA, auto garages around the country charge anywhere from $47 per hour up to $215 per hour, depending on their costs of doing business.

Using an average labor rate of $80-$120 per hour, we can see how much the potential labor costs can vary depending on how quickly the shop can get the job done and how much they charge per hour.

The reason for the extensive labor is because the engine has to be disassembled to do the work. For starters, the technician will have to drain the coolant from the engine and remove the upper fan shroud.

They will remove the fan belt and any other engine accessories such as the A/C compressor, alternator, and the idler bracket and pulleys. Once that’s complete, the service technician will be able to access and remove the cylinder heads.

Once the coolant is completely drained, the service technician will remove the upper hard hose and coolant crossover. Then, they will carefully remove the passenger’s side wiring harness so that they can access the engine’s upper valve cover.

Then, the technician will remove the EGR system, which will likely need to be cleaned of all debris and buildup before reinstalling.

Next, they’ll be able to start removing the injectors, lines, and upper valve covers. Using an injector puller, the service technician will remove injector lines, the injector harness, and glow plugs.

Once the mechanic removes the upper and lower valve covers, they’ll be able to access the valvetrain. Next, they’ll move over to the driver’s side of the engine and start removing the same components on that side.

Then, the valvetrain can be removed. Only after all the various components are removed will the service technician be able to remove the cylinder head, leaving just the bare engine behind.

At that point, they will be able to access the heads to replace the gaskets. At that point, the service technician will carefully inspect the heads, clean and surface them, and check for any cracks or defects.

They’ll also clean the decks on the engine block and then reinstall the heads and new gaskets. When they’re ready to put the engine back together, the mechanic will use a head gasket kit to replace other various components at the same time.

Reassembling the engine is a painstaking process. Typically, the mechanic will do one side at a time to make sure that everything goes back together correctly and everything is readjusted to the factory specifications.

By the time the job is done, the technician will have spent several days under the hood of the vehicle.

To give you a better idea of why it takes so long, here’s a list of all the various parts and components that are removed or disconnected and then reinstalled during the head gasket replacement process:

It’s important to put all of the vehicle components back correctly and in the right order. Because the job is so complex, most professionals don’t recommend that you try to do it yourself unless you’re an experienced mechanic or know someone who can assist you with the job.

Doing the work incorrectly can end up costing you more money and cause more problems in the future.

If you’re having your head gasket replaced on your Duramax, it’s a good time to consider having other related work done to save on the labor costs.

Because the head gasket job involves taking apart the engine, you can eliminate some extra labor charges by doing other work at the same time.

People who are looking to install turbos, upgraded fuel injectors, or replace injection pumps should consider doing so at the same time that the head gasket is being replaced.

In addition, there are other vehicle components that may need replacing around the same time as the head gasket, so it would be best to do that work simultaneously.

Items such as the water pump, thermostat, and any hoses could also be replaced at the same time. You could also consider the timing belt or timing chain if needed.

Signs and Symptoms of a Bad Head Gasket

The head gasket keeps the coolant from getting into areas of your engine where it shouldn’t be. One of the main signs of a failing head gasket is coolant getting into the cylinder head. If this occurs, you may notice the following signs and symptoms:

Another potential sign is if your heater starts blowing cold air when your engine is warmed up. You may not notice this symptom if the issue is occurring during the summer or if you don’t really run your heater.

If the radiator hose is very hard it may also be a sign of head gasket trouble.

You should also note that diesel engines will not typically have the white smoke from the tailpipe that most gasoline engines display when the head gasket is damaged. So, don’t count on that being your tell-tale sign of the problem.

Replacing the head gasket on your Duramax is an expensive repair. Because it is a labor-intensive process, you should plan on being without your vehicle for at least a week, or possibly more, depending on where you take it for the work.

Most people will spend anywhere from $4,500 to $5,500 to have the head gasket replaced in a Duramax.

The actual price may be slightly higher or lower depending on the labor rate, how long it takes the garage to do the work, whether you take it to a dealership or local mechanic, and your geographic location.

The best thing to do is get multiple estimates and compare the labor charge quotes. You can also ask if the shop offers any kind of discounts or if they’re willing to match a competitor’s price.

Because the job is so extensive, it would also be best for you to consider the shop’s reputation and reviews to ensure that you get quality work for your vehicle.