How Much Does it Cost to Straight Pipe a Car? 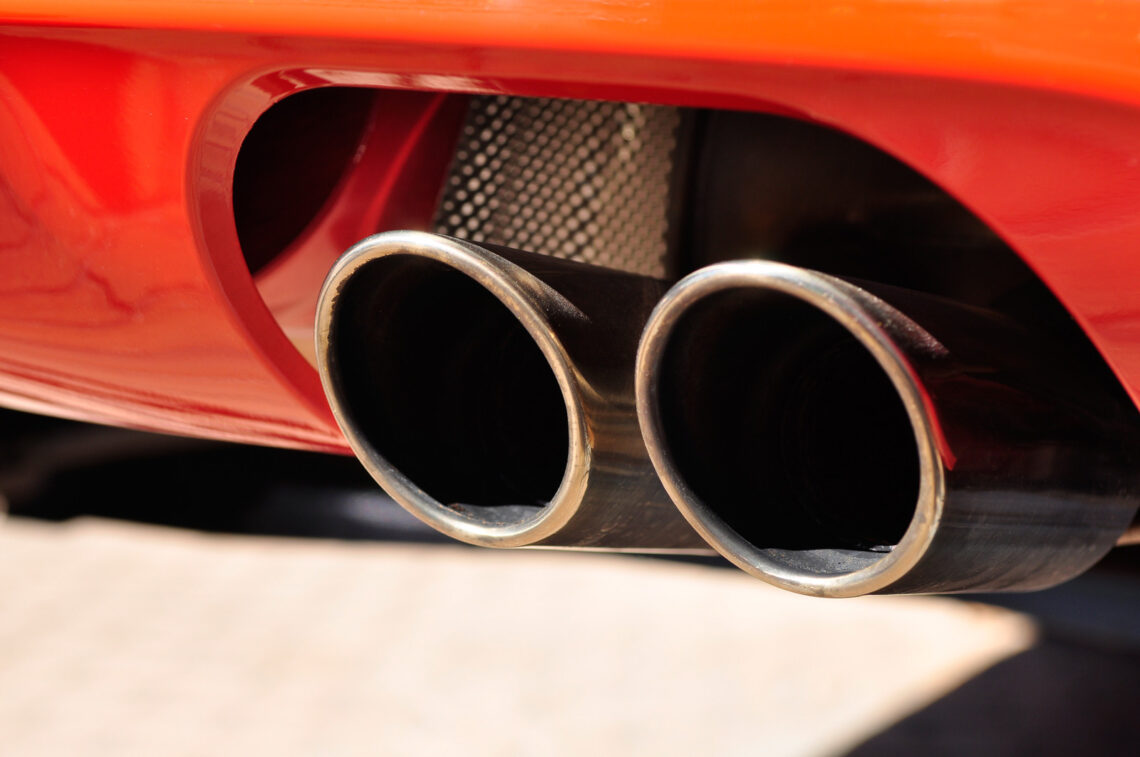 Most modern car exhaust systems are designed to lower noise and reduce vibrations. The gas goes through the catalytic converter and through a series of chambers called bafflers to reduce noise.

Straight pipe exhaust systems have a lot of parts and require installation. So we put together this article covering how much it costs to straight pipe a car. We will talk about components, materials, and installation methods.

Overall, a typical straight pipe exhaust installation should cost about $1,000 for parts and labor. The most expensive component is labor.

This is because the mechanic will have to weld the pipe onto the old exhaust chamber. You can probably find cheaper installation in the neighborhood of $500 to $600, though we would not recommend going lower than this.

A poorly done straight pipe exhaust can give you lots of problems.

What is a Straight Pipe Exhaust System?

The typical exhaust system features a catalytic converter and a muffler. The platinum in the catalytic converter transforms the exhaust into a form with fewer greenhouse gasses, while the muffler uses a series of chambers to reduce vibrations and noise produced by the engine.

These systems are good at modulating emissions and reducing noise, but they also put pressure on your engine. The result is that your engine is not performing as powerfully as it could.

As the name implies, the exhaust system consists of a single, straight pipe.

The main advantage of a straight pipe exhaust is that it improves engine performance. Removing the muffler reduces pressure on your engine, so it can work harder and generate more torque. A straight pipe system can improve horsepower by 2%-4%.

A straight pipe system also improves fuel efficiency. Since there is less pressure on the engine, it can burn fuel harder and remove exhaust faster. The result is the combustion reaction is more efficient.

Some people just don’t like the appearance of a big, bulky muffler at the back of their car. Straight pipes can offer a more streamlined look, like a race car.

Since you remove the muffler, straight pipes make a lot more noise. Most cities have local noise ordinances, so make sure that your car won’t be too loud for your neighborhood. Nobody likes the guy gunning their turbo engine at 3 AM on a Tuesday.

Unless you happen to know someone specifically who wants a straight pipe exhaust, it can be hard to sell your car after modifying it. Many car listing websites and used car dealerships won’t buy cars that have non-standard modifications like straight pipes or electric cutouts.

The exact costs for a straight pipe installation can vary heavily depending on your car and mechanic. That being said, straight pipe systems are relatively simple and just involve removing the catalytic converter and muffler and welding in a new exhaust pipe.

Overall, a typical straight pipe exhaust installation should cost about $1,000 for parts and labor. The most expensive component is labor. This is because the mechanic will have to weld the pipe onto the old exhaust chamber.

You can probably find cheaper installation in the neighborhood of $500 to $600, though we would not recommend going lower than this. A poorly done straight pipe exhaust can give you lots of problems.

Additionally, straight pipe exhausts take a lot more force than regular systems so they need to be made from tough, finely crafted materials like stainless steel or aluminized steel. We do not recommend using any other material of lower quality than 304-grade stainless steel.

If you do not want to go to a professional, then you can buy a straight pipe exhaust kit and install it yourself. However, we should mention that these kinds of kits are usually lower quality and probably won’t last as long as a professionally welded pipe.

But they can provide a quick solution for less than going to the mechanic. Generally speaking, you can find a good quality straight pipe exhaust kit for between $100 to $200.

Most kits come with a long, straight pipe and a few bent pipes, in case you need one or two small bends to get around components on the underside of your car.

As you can see, most kits fall between $100 to $200. There are a handful of sub-$100 kits, but these are mostly made with mild steel. That being said, some cheaper kits can work perfectly well if you install them correctly.

If you just need the main exhaust pipe, you can buy a standalone pipe instead of a kit. Standalone pipes are much cheaper, though you normally have to use a welding tool to attach them. You can expect to pay anywhere between $40 to $90 for a straight exhaust pipe.

The good thing is that most aftermarket straight pipes are universally compatible; you just have to fit it to your exhaust port.

Standalone pipes are cheaper to buy, but they may require modification before they will fit properly. You can also buy the pipe you want and take it to your mechanic to attach.

Can I DIY Install a Straight Exhaust Pipe?

Yes, you can DIY install a straight pipe exhaust system. Here is a quick guide:

First, measure the pipe and mark the correct length. Make sure that you give the pipe at least 6 inches of extra space so it slips into the joint fittings.

Next, cut the pipe to the proper size using a hacksaw or circular saw. Once the end is removed, file down the rough edge till it’s smooth. Next, you need to remove the muffler and catalytic converter from your existing exhaust system. You may need a special tool to remove bolts holding the pieces in place.

You can either weld the new exhaust pipe into place or you can use pipe clamps. Welding is the superior option but pipe clamps are cheaper and easier to install. Whatever you decide, afterward, test the engine to make sure the pipe is connected correctly.

Is Installing a Straight Pipe Worth It?

It’s hard to say. On the one hand, a straight pipe car will improve your engine performance and field economy. However, the performance boost is not that significant, all things considered.

Additional, straight pipe exhaust systems produce a lot of noise, and your neighbors may not take too kindly to the sound of your unmuffled engine. At the end of the day, the decision of whether it’s worth it is up to you.

A straight pipe exhaust won’t hurt your engine and it should not noticeably decrease the lifespan of your car. The main reason why it may not be worth it is that you might have trouble selling your car later down the road.

Installing a new exhaust system may also void any warranty on your car.

How much does it cost to straight pipe a car?

You ncan expect to pay about $1,000 to install a straight pipe exhaust. Materials are the most expensive component. Labor normally costs between $100 to $200.

You can find mechanics willing to install a straight pipe for around $500, but we would not recommend going lower.

Can I install a straight pipe exhaust on my own?

You can, but if you want to do the job like a pro, then you’ll need a welder. You can also use kits that let you bolt the new pipe on instead of welding. However, bolt-on exhausts pipes are lower-quality and may not last as long.

How long does it take to straight pipe a car?

It should only take about 3 hours to install a straight pipe system in your car. The mechanic will have to weld the new exhaust pipe after removing the old one, and it can take a while for the welded joint to set and be ready for use.

Is it legal to straight pipe my car?

Generally speaking, yes, it is illegal to install a straight pipe exhaust system. Most cities and states have rules about how loud cars can be, but few define an explicit sound limit.

Straight piping your car may also cause it to fail emissions tests. However, many people straight pipe their cars, and the vast majority don’t face any serious legal consequences.

Is a straight pipe exhaust bad for my engine?

No, straight pipe exhaust systems should not hurt your engine. In fact, they can reduce engine pressure and increase performance at high levels. However, straight pipe systems produce more emissions, and they can hurt the resale value of your car.

Most modern consumer cars can generate about 180 to 200 horsepower. The ideal exhaust pipe size is between 2.25” and 3” in diameter. Going larger will not hurt your car but it won’t really add to performance either.

A straight pipe exhaust system is a fun modification to get more power out of your car. However, straight pipes are custom-fitted, so every installation is unique.

When shopping for a new pipe, make sure to pick quality materials and make sure that the pipe is the right length, diameter, and gauge. If you have the tools, you can install things yourself. Otherwise, we recommend going to a professional mechanic.