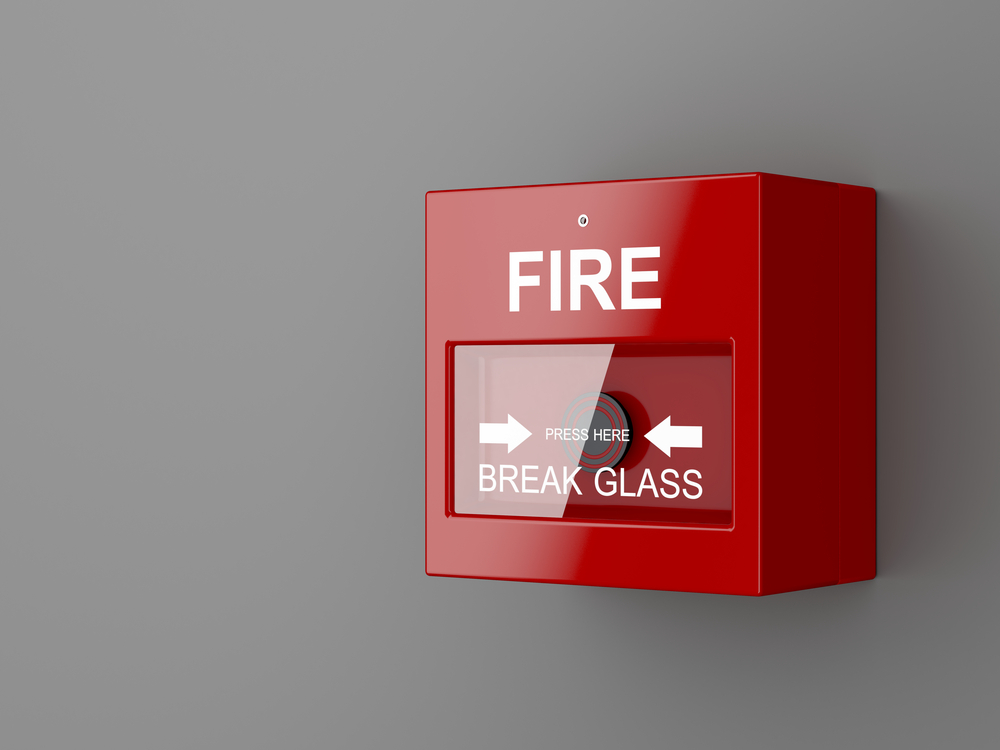 A fire alarm system is essential to detect a fire as early as possible. Knowing that there is smoke or fire as soon as it starts is the best way to prevent injuries, death, and property loss. A fire alarm system will improve the security and safety of the building, and is required in most areas for both residential and commercial structures.

However, commercial fire alarm system costs vary from one installation to another. Basically, pricing will be determined by the prevailing code requirements, and the number of units to be installed.

A commercial fire alarm system typically costs anywhere from $1-$6 per square foot, with a sprinkler system increasing the price to, as much as $35 per square foot. For monitoring, you should expect to pay $50-$60 per month, on average.

How Much Does a Fire Alarm System Cost?

The cost for a fire alarm system may vary depending on the size of the structure, the type of equipment, and the local building and fire codes. Residential fire alarm systems are typically less expensive than commercial building systems. Installing systems in new construction is also usually easier and cheaper than retrofitting an existing building.

A good average to install a residential fire alarm system is anywhere from $600-$1,000. The building’s size will determine how many smoke detectors are needed, which range in cost from $50-$125 each.

Commercial fire alarm systems are usually more expensive than residential and run anywhere from $1 to $12 per square foot.

This cost doesn’t include monitoring services or other monthly and annual fees related to contracted services. On average, monitoring costs $50-$60 per month. 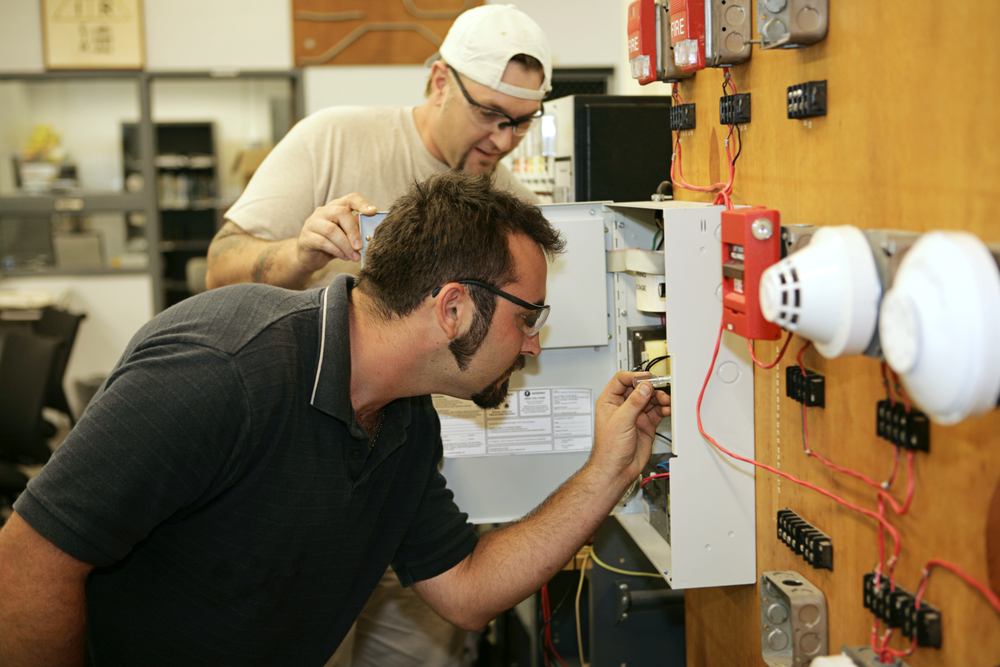 In addition to the square footage of the building, there are other factors that will influence the cost to install a fire alarm system. For example, a building with multiple floors is more complex than a single-story building and may be more costly for the project.

In addition, older buildings may require additional work to bring it up to code along with retrofitting system components. Retrofitting the system is significantly more costly.

The amount and type of equipment needed for the system is a big factor when determining the cost of the fire alarm system.

Smoke detectors come in a wide range of price points, but you should plan to spend about $50 each, on average. Of course, there are cheaper and more expensive options, but this is a good average to work with.

Heat detectors will alert you to the presence of heat rather than smoke. These are typically used in systems for buildings that aren’t constantly occupied, like warehouses. Heat detectors can cost anywhere from $10 to over $100 each.

One of the most expensive equipment costs is a sprinkler system. These are very important for protecting your property from fire damage and containing a blaze. Sprinkler system costs vary based on the size and design, but they range from $2 per square foot to $10 per square foot.

These are essentially sensors designed to monitor the level of carbon monoxide in the air.

As you may be aware, there are three main types of carbon monoxide detectors to choose from in the market, including:

In this function, carbon monoxide reacts with the combination of a platinum electrode and acid inside the detector. This will, in the turn, produce an electric current that triggers the alarm.

For such a detector, you should expect to spend between $50 and $130 apiece.

These are filled with synthetic hemoglobin with Infrared light passing through them. When carbon monoxide enters the unit, it darkens the hemoglobin.

This then makes it more difficult for the infrared light to pass through the hemoglobin, hence triggering the fire alarm. Such detectors are often priced between $15 and $50.

In the design, these detectors feature a tin dioxide semiconductor that is heated by an electric current. The semiconductor senses the presence of carbon monoxide, which alters its chemical resistance.

The fire alarm will go off when a certain resistance threshold is reached. These are more expensive, with most of them priced at $75 to $150 each.

In most commercial fire alarm installations, you will also be required to install a smoke detector—a sensor for monitoring smoke levels in the building.

In most cases, these are installed on the ceiling and most models have interchangeable batteries

Again, these come in an array of makes and models, all of which are available at different price points.

Regardless of the make and model, smoke detectors apply ionization, photoelectric, or a combination of the two mechanisms to detect alarming levels of smoke.

Depending on the type you are installing, to should expect to spend between $10 and $65 for each detector.

A fire alarm system doesn’t do much good without someone knowing when it’s going off. If your building isn’t occupied 24/7, monitoring is necessary to ensure that the authorities respond to a fire as quickly as possible.

Monitoring services typically cost around $65 per month, but the price may be more or less depending on the provider and service contract.

Most service contracts include things like regular system inspections and warranty services, which can add value with little to no added cost.

Although the various fire alarm systems are designed to accomplish the same task—alert you whenever there is a fire in the building—they come in different designs.

For enhanced protection, you may decide to use a combination of the various designs though.

So, how will a commercial fire alarm system design influence its cost?

This type of fire alarm system will essentially decide the entire buying into four zones.

In its functioning, the smoke detectors and cameras detect fires and inform the central panel where the fire is located. For such a system, you will need to purchase the required parts separately.

It comprises an accessible central panel that informs users and the monitoring service where a fire is found using cameras and smoke detectors. Individuals see the information on the panel.

Would you like to have the alarm installed on a new bushing or are you simply undertaking a retrofitting project?

Although different commercial alarm system installation professionals may charge you varying rates, you should expect to spend about $2 to $3 per square foot installing the system as part of new construction.

If you are retrofitting an existing area, you should expect to spend a lot more money on the project.

On average, a retrofitting commercial alarm system installation project may cost you between $4 and $12 per square foot of coverage.

A fire alarm system can be an invaluable investment to protect your property and the people inside. While the upfront cost can be high depending on a number of factors (the building’s size, age, and complexity, for example), the potential savings in property damage are well worth it.

However, you should consider all the potential expenses and benefits to make the best choice for your residential or commercial building. It would also be helpful for you to shop around to get the best deal on equipment and monitoring services. Any commercial fire alarm system is best used with a fire suppression system and fire sprinkler.