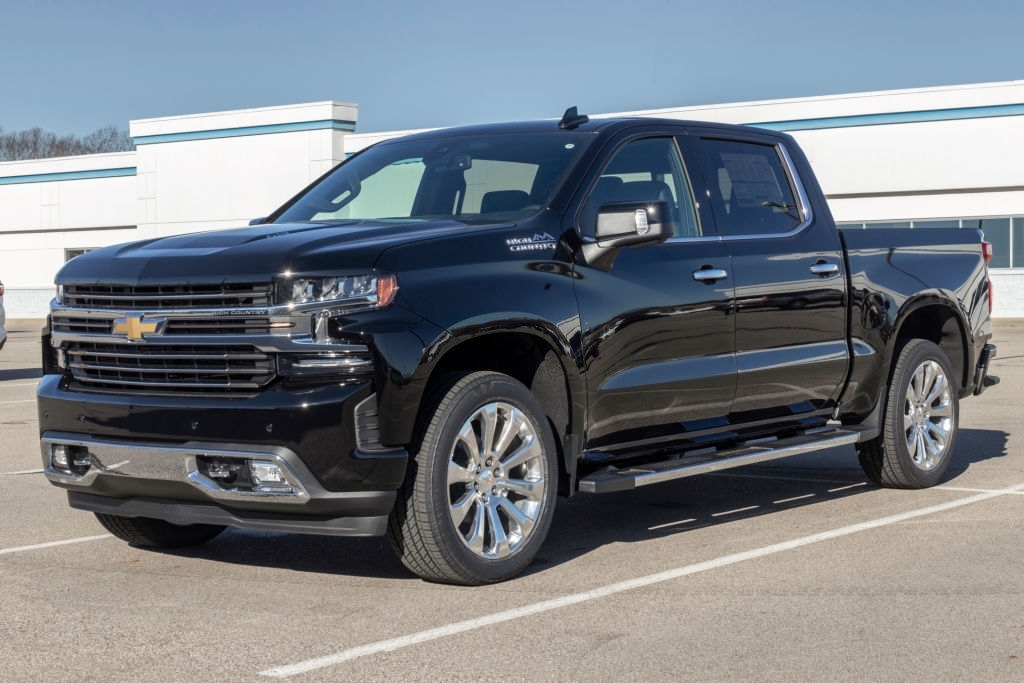 Rocker panels make up an important part of a vehicle’s body, and they connect the front of a car to its back, from one wheel well to another. But this part can easily rust and get damaged over time, which means you may need to replace it at some point.

However, this cost can vary, give or take a couple of hundred dollars.

Below, we’ll break down the costs associated with this part replacement for Chevy Silverado models, including labor and parts.

We’ll look at factors that influence the cost from person to person, including the type of Chevy Silverado model, the year the Silverado was released, your location, and more. Costs will also vary depending on whether you replace the part yourself or hire professional mechanics to do so.

The cost of parts is generally between $150-$350 for a new rocker panel, but the cost can vary depending on the manufacturer and the type of rocker panel. We’ll compare some price quotes from online retailers to see the range of costs for new Chevy Silverado rocker panels.

Sold for $119.50 by Raybuck Auto Parts online, this rocker panel fits Chevy Silverado models between 1999-2006. This is only for the extended cab driver side panel.

This is our last pick because it’s a universal fit rocker panel set of two. You can use it on any Chevy Silverado truck model, whether you have 1500, 2500, or 3500. It’s sold for a good deal of $99.99 on Amazon by MPH Production. They need to be welded and painted on for installation.

While the cost of parts can vary, as seen above, so can the cost of labor. Depending on how many rocker panels you need to replace and what part of the Silverado they’re for, prices will vary.

In general, though, the average cost of labor for rocker panel replacement is about $2,500. However, this cost could be as low as about $1,000 or as high as almost $4,000. Labor is much more expensive than the cost of the rocker panels themselves.

We can also get an average labor cost estimate by looking at hourly rates in the US. On average, it takes about 8-10 hours per side to replace a vehicle’s rocker panels. This means that a full rocker panel replacement for both sides will take an average of 16-18 hours.

Part of what makes labor so expensive for rocker panel replacement is that the doors and other car parts often have to get removed. The process of installing new rocker panels is pretty laborious and time-consuming.

This is why people pay mechanics to do the job for them. However, you can save a lot of money by doing a DIY installation. We’ll explain how this affects costs later on.

Although there are average estimates for the cost of this part replacement, individuals will inevitably face different price tags at the end of the day.

Whether or not you pay for professional labor plays a part. The type of Silverado you own, the Silverado’s age, as well as the type of rocker panels you’re replacing also affect overall costs. Let’s take a look at how these factors affect costs.

You can save quite a bit of money on a rocker panel replacement job by installing the new parts yourself. Granted, you have to have the mechanical know-how and skills to remove the old parts and replace them.

You also have to have the knowledge of how to remove any other car parts, such as doors, in order to exchange the rocker panels. This is a lot more difficult than replacing windshield wipers at home, for example. Consider this before deciding on whether to pay for professional labor or not.

For example, when we compared price quotes for different Chevy Silverado rocker panels sold online, we found that slip-on rocker panels were less than $100. On the other hand, welded rocker panel sets are closer to $200-$300.

Costs are also going to vary depending on how many rocker panels you need to replace on your Silverado. You might be replacing just one, or you might need to replace panels for both sides of the truck. You’ll spend almost twice as much on parts if you need to buy both.

Furthermore, labor prices will increase if you need to have two rocker panels replaced instead of one. This is due to both the added time and effort it takes mechanics to install both rocker panels.

Age of Your Chevy Silverado

When it comes to the Chevy Silverado, it seems that rocker panels are generally more expensive for newer vehicle models.

Another price factor that will shift costs is the type of Silverado you have. Some people have the Chevy Silverado 1500, while others have a 2500 or 3500 model. Among these models are also submodels, such as the HD and Classic submodels of the Silverado pickup truck.

On average, the cost of a 2-side rocker panel set for Chevy Silverado 2500 and Silverado 3500 models is not all that different. However, you may incur extra costs with the 2500 and 3500 models if you need to replace the rocker bottom and cab parts.

How to Save Money on Chevy Silverado Rocker Panel Replacement Costs

One of the most obvious ways to save money on Chevy Silverado rocker panel replacements is to make it into a DIY project. Since labor takes up so much of the cost, you’ll save the most this way.

However, there are a few other ways you can budget this project, including

On average, replacing the rocker panels on a Chevrolet Silverado truck is going to set you back about $2,760. This average cost consists of the cost of parts (around $260) and the cost of labor (around $2,500).

Prices will vary depending on what type of Silverado model you have, the age of your truck, how many panels you replace, and whether or not you pay for professional labor. You can follow our tips to save some money overall.