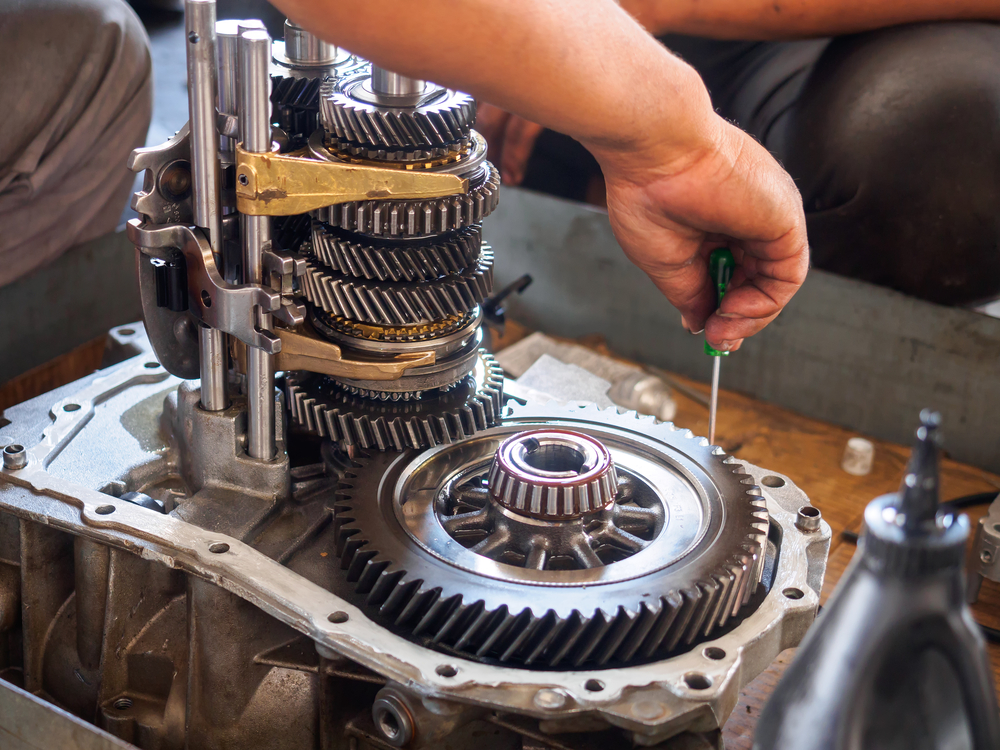 For a typical transmission replacement done by a mechanic, there are various factors that you need to include. These are the initial estimate, the parts, and labor costs. Because costs can differ by location and mechanic, getting quotes from at least five different mechanics is essential.

This page will break down all of these factors so you can make an informed decision when it’s time to replace your Chevy S10 transmission.

On Average, replacing a Chevy S10 transmission will cost you $1675. The cheapest option will be to rebuild the transmission using master repair kit, which costs around $400. A complete replacement by a certified mechanic will cost $2100.

Different mechanics have different prices, and some will mark up for parts. On the other hand, others cut as many corners as possible to provide a cheap service. For this reason, we strongly advise that you ask around and get a variety of quotes before settling on one.

How Much is a New Chevy Transmission?

How Much is a Rebuilt Chevy Transmission?

Although replacing the transmission would be ideal, rebuilding will save you a little bit of money and fix the areas that are broken. This will be ideal for those who want to cut corners and still use their old transmission. In addition, some components on the existing transmission might still be working very well.

The labor costs alone typically are the most expensive part of getting a new transmission. You should expect to pay somewhere between $550 – $1000 just for labor costs.

Of course, this cost estimate can vary depending on the type of transmission you are getting installed, whether you are getting it rebuilt or completely replaced, and the mechanic you are using.

One way to avoid the high labor costs is to buy the parts yourself and handle the installation yourself. You could end up with a new transmission for as little as $400 if you install it yourself.

Typically, a Chevy S10 owner suffering transmission issues will know that they need to get it fixed. However, there are times when the problem is not so easily detectable. In these cases, a mechanic will have to do a diagnostic test to determine what’s wrong with your transmission and provide an estimate for repair.

The cost of this diagnosis can vary depending on the shop that you go to but is usually somewhere between $50 to $100. However, those who have complicated situations will likely have to pay more for the mechanic to understand what is going on.

How Are Chevy Transmission Problems Diagnosed?

There are a few different ways mechanics can diagnose Chevy S10 transmission problems. The first way is to inspect the car and look for any apparent damage visually. Once they know what might be wrong, they will typically start by doing some tests on the fluid. This could involve checking the color, smell, and consistency of the fluid.

If these initial tests don’t provide conclusive results, then the mechanic might have to take apart your transmission to see what’s going on inside. At this point, they will likely also test the fluid again to get a better understanding of the problem.

Now that we have broken down all the factors involved in replacing your transmission, you might want a visual to help you understand the total estimate. Use the chart below as a reference.

In short, the Chevy S11 transmission replacement cost will range between $1000 – $2100 for parts, labor, and service intervals. This price can vary depending on the mechanic you use and other factors like the type of transmission and whether or not it is rebuilt.

Each of the transmission models above has been used on Chevy S10 models since 1994. If you have an older model, though, you might need to either rebuild (using rebuild kit) or replace the transmission altogether.

Is it Worth Replacing a Chevy S10 Transmission?

The first factor to consider is the mileage of your S10. If it has over 150,000 miles and still drives fine, you might not want to replace the transmission.

A Chevy S10 will often run into issues around this milestone. On the other hand, if your truck only has 50,000 miles, then a transmission replacement would be a better option.

How You Use Your Chevy S10

How you use your truck is also essential to consider when deciding to replace your transmission. If you use your Chevy S10 for work or as a family vehicle, then getting a new transmission would be a good idea.

However, if it’s only used for weekend getaways, then you might be able to hold off on getting a new one.

Another thing that you need to think about is the cost of both repairing and replacing your transmission. If the repair costs are close to or more than the replacement cost, it will make more sense financially to replace the transmission.

Finally, you should check to see if your car has a warranty on the S10 transmission. If it does, you might not have to pay for a new one yourself. However, most warranties only cover parts and not labor costs.

These are just some things that you need to think about when you consider replacing your transmission. To learn more, you should speak with a mechanic or read over some online resources to get an idea of what needs to be done and how much it costs.

What Common Types of Transmission Problems Occur with a Chevy S-Series Truck?

A few different types of transmission problems can occur with Chevy S-series trucks. Here are some of the most common issues that you might run into.

If your truck is leaking transmission fluid, then there’s likely something wrong with the seals in your transmission. This can be caused by overheating, driving on rough terrain, or even age.

If the gears in your transmission are worn, it will cause shifting problems and could potentially damage the rest of the transmission. This is usually caused by a lack of lubrication or using the wrong type of fluid.

Finally, if any of the parts in your transmission break, it can cause all sorts of problems. One common broken part is the torque converter, but gear clusters, valves, and pumps can also go bad.

One of the most common problems with transmissions is that they can overheat. This can be caused by various things like low fluid levels, using the wrong type of fluid, or just age.

When this happens, it can damage the seals in your transmission and leak fluids.

Can I Drive a Chevy S10 with Transmission Problems?

If you’re having problems with your transmission, then it’s not a good idea to keep driving around like this. In all likelihood, you won’t even be able to move the car and may even need to get it towed to a mechanic

However, you should never drive your car if the transmission is completely broken. This can cause severe damage to the engine that is worse than what you are already dealing with.

A Chevy S10 transmission replacement cost, including parts, labor, and the initial estimate, will usually run somewhere between $1000 – $2100.  While this might seem like a lot, it’s important to remember that the cost of not repairing the transmission could be much more significant.

If you’re experiencing any problems with your transmission, it’s best to take it to a mechanic as soon as possible for repair or replacement. Not doing so may result in further damage and even complete failure of the system.