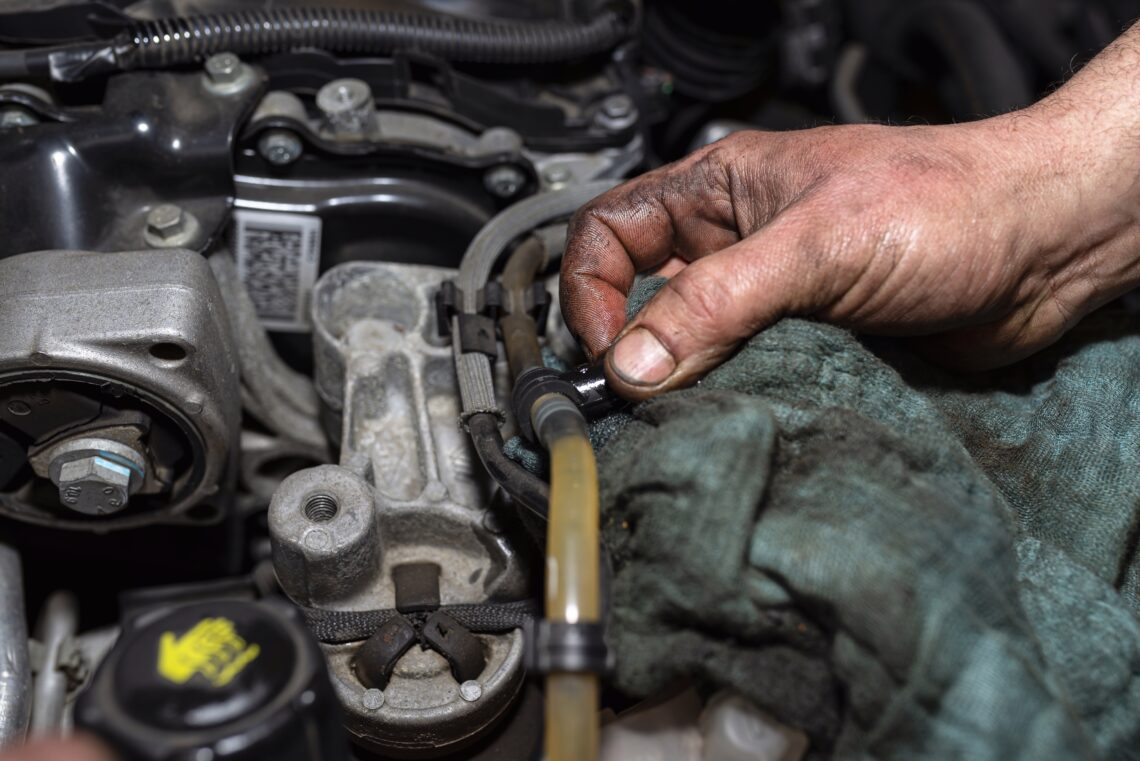 The Chevy Cobalt was one of the more popular midsize sedans before it was discontinued in 2012. However, many people still own a Chevy Cobalt that is going strong.

One problem that the Cobalt had was the fuel line. In fact, leaking fuel lines were one of the major reasons they were recalled. So if you own a Cobalt, you may need to replace the fuel line at some point.

All other things being equal, it will cost less to repair the fuel line of an older Chevy Cobalt model. Additional costs include repairs for any issues related to a damaged fuel line.

There are several things that affect the cost of a Chevy Cobalt fuel line. So we put together this comprehensive guide on the costs associated with replacing this crucial piece of machinery.

What Is a Fuel Line?

The fuel line is a hose that transfers gas from the storage tank to your engine. Fuel lines attach to pumps that push gas into the engine so the car can run. Given that the fuel line carries all the gas, fuel line problems affect engine performance and efficiency.

Chevy Cobalts, in particular, are susceptible to fuel line problems. Over 600,000 Chevy Cobalts have been investigated for having fuel line and ignition problems.

The models most affected by this defect are the 2009-2010 year models.

How Much Does a Chevy Cobalt Fuel Line Cost?

The Chevy Cobalt is relatively inexpensive to maintain, with an average annual maintenance cost of about $450. However, in some cases, parts for a Chevy Cobalt can be more expensive than equivalent parts for models still in production.

This is because most manufacturers do not still produce parts for discontinued models.

Here is a quick table showing the average prices of fuel line parts for Chevy Cobalt models over the years. The prices were calculated by comparing parts costs on several popular auto parts websites.

As you can see, costs for a Cobalt replacement fuel line are pretty consistent across the board. The Chevy Cobalt uses a single ⅜” supply line, 1 ⅜” vapor line, and a fuel filter. The fuel lines are made from nylon and measure 7’ long.

The fuel pump draws gas from the storage tank to the engine. Fuel lines and pumps are closely connected so problems in one lead to another. Fuel pumps are more expensive than just fuel lines.

This table has a quick list of the average cost of pumps for various Cobalt models.

As you can see, fuel pumps are generally more expensive than fuel lines, but they are an integral part of a working fuel system. If you buy a fuel pump from a registered parts dealer, you can often get a warranty on any parts you buy.

As far as labor goes, you can expect to pay between $100 to $250 for installation. The cost of installation is affected by the car’s age.

Fuel pumps are pretty durable but they still need to be replaced every now and then. Experts recommend getting your fuel pump switched out once every 100,000 miles or so.

Broken filters can cause build-up in the fuel line and lead to damage. Experts recommend changing your fuel filter after 30,000 miles or once a year. Keeping your fuel line clear will increase engine efficiency.

The table below has average prices for Chevy Cobalt fuel filters.

Fuel filters tend to be cheap and there are several models that are compatible with every year in the Cobalt line. Compared to many other cars, Cobalt parts are pretty flexible.

Factors that Affect the Cost of a Chevy Cobalt Fuel Line

Signs of a Bad Fuel Line

Here are some of the most common symptoms of a broken fuel line.

The most obvious sign of a broken fuel line is unexplained fuel leaks or a fuel odor. As lines wear out, gas will condense and drip out on the ground under your car.

Leaks can be near the front or the back of the car, depending on where the leak is.

Another sign of a broken fuel line is inefficient engine performance. Leaky fuel lines mean that not enough fuel is getting to your engine and that you will burn through gas quicker.

A broken fuel line can also lead to engine problems down the road.

If a fuel line is broken, then gas flow to the engine will get interrupted. This will cause sputtering or engine misfiring.

In the worst cases, a broken fuel line will prevent you from starting the car at all.

Smoke coming from your engine can mean a broken fuel line. Broken lines leak fuel which can be ignited by the hot engine components.

If you see smoke coming from your engine, immediately turn off your car and move a safe distance away from the vehicle.

How much does it cost to replace the fuel line of a Chevy Cobalt?

Can I replace a Chevy Cobalt fuel line by myself?

Yes, it is possible to replace the Chevy Cobalt fuel line on your own. However, we would not recommend doing this unless you have previous experience working with cars.

Do they still make the Chevy Cobalt?

The Chevy Cobalt was discontinued in the US in 2010, but it is still sold in other countries under different model names. The most recent model was the Chevy Cobalt 2020 in Brazil and Russia.

Cobalts are not made in the US, but they still remain a popular used-car purchase.

Can I drive with a bad fuel line?

Most of the time, yes, you can drive with a bad fuel line. However, it will decrease your engine efficiency and harm your car’s parts.

How often do I have to replace my fuel lines?

Most standard nylon fuel lines are designed to last anywhere between 50,000 to 75,000 miles. Experts recommend cleaning your fuel system and replacing your fuel filters once every 30,000 to 50,000 miles.

So most of the time, you will replace your filters and your lines at the same time.

Is Chevy Cobalts expensive to maintain?

The average annual cost to maintain a Chevy Cobalt is about $450. That is below the US median car maintenance cost of $600.

So Chevy Cobalts overall are less expensive than average to maintain.

The fuel line is one of the most important parts of your car’s engine, so you want to make sure it is in tip shop shape. The Chevy Cobalt overall is a relatively cheap car to maintain considering that it is discontinued.

Also, when replacing the fuel lines, you will probably have to replace the fuel pump and filters as well, so make sure that you factor those parts into the cost of repairing your car.