How Much Does a CAT Skid Steer Cost? [Full Price List] 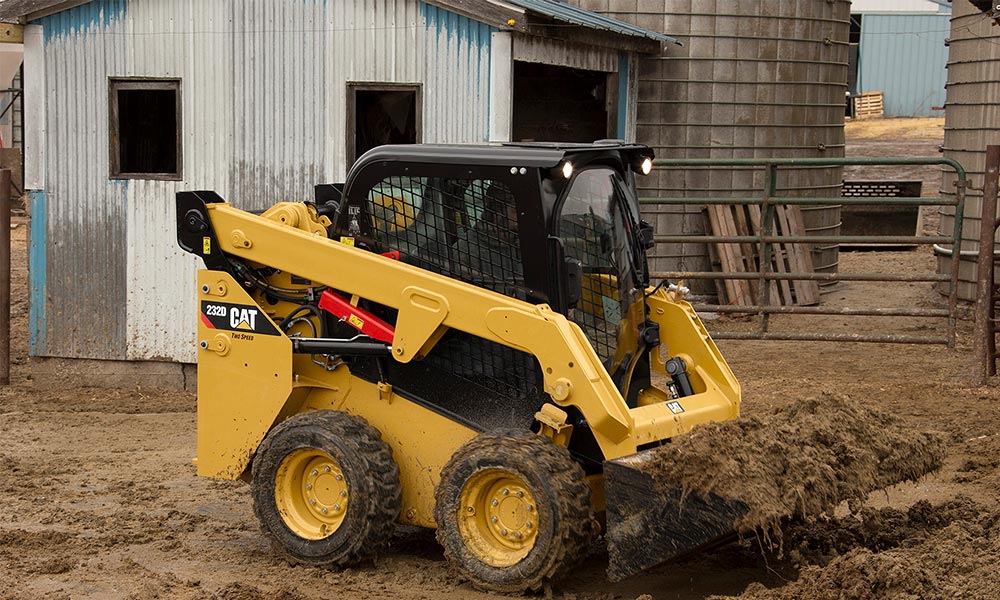 What is a CAT Skid Steer?

A CAT Skid Steer is a piece of machinery that handles a number of different functions. Made by the Caterpillar Company, the CAT Skid Steer can lift heavy loads and run reliably over uneven ground.

Although you can choose to rent a CAT Skid Steer, in many cases, people prefer to buy them. This is due to the fact that they have more than one use for it, thanks to attachments that you can purchase separately. They are handy to have around.

Determining What Type of CAT Skid Steer You Need

There are a number of different CAT Skid Steer models. Each one has a different base price, which is determined by the functions, horsepower, and overall size of the machine.

The 226D3 is considered to be an entry-level skid steer. The piece of equipment can move up to 1,550 pounds.

With a 67.1 horsepower motor, this skid steer has some serious power.

Thanks to the radial lift design, this machine is capable of digging trenches and holes, as well as lifting and moving various things on your construction site.

Moving one step up, the 232D3 is slightly more powerful than its predecessor. It can lift over 1,800 pounds. This piece of equipment also has a vertical lift which can reach extended heights.

The engine on the 236D3 is more powerful than the previous two models. It comes in at 74.3 horsepower.

Along with a stronger motor, the 236D3 also has a vertical lift design, complete with an extended reach at a taller height all while remaining stable.

Stronger and heavier than the previously mentioned models, this piece equipment has an operating capacity that comes in at 6,559 pounds.

With a radial lift design that allows for plenty of stability, the 246D3 also has an operating capacity of 7,424 pounds.

Its 74.3 horsepower motor can handle many different functions, including lifting and moving very heavy objects.

Like the previous model, the 262D3 has a 74.3 horsepower motor and a total operating weight of 8,011 pounds. This piece of equipment is designed to move heavy objects while remaining stable.

A long wheelbase and 98 horsepower motor are just two of the highlights of the 272D3. This machine also has a vertical lift and can handle 3,400 pounds worth of weight.

The strongest and most powerful of these machines, the 272D3 XE sports a very powerful engine with 110 horsepower.

In addition, this model can haul upwards of 3,600 pounds with ease and comes with a price tag of .

When it comes to purchasing a CAT skid steer, you have two choices: new or previously owned.

While you’ll save a bit of money when buying a used machine, there are some pros and cons to both options.

A previously owned CAT skid steer is less expensive than a brand new one. However, since these are heavily used, it might be more prone to breaking down or having other mechanical issues.

New CAT skid steers are more expensive. With that said, you will also receive a manufacturer warranty and the knowledge that no one else has used the machine. It will be in top running condition.

Of course, the price of a CAT skid steer depends on the model that you choose. The more powerful the engine and its features are, the more it will cost.

We’ve broken down the costs of CAT skid steers based on their model.

When you purchase a CAT skid steer, there are some additional options to choose from, including related equipment and even an extended warranty.

What is a Skid Steer or Skid Loader?

They are commonly used for moving heavy loads. Some skid steers have been modified with hydraulics and are called mini skid steers; they are smaller but have similar construction.

Skid steers are offered by many different manufacturers and can also come in several sizes. The most popular and efficient types are utility skid steers, which usually have a powered front drive and a large mud bucket. Medium-duty skid steers are similar, but they don’t have a front-drive and have smaller mud buckets.

Skid Steer Loaders can be used for:

The Different Types of Skid Steers and Their Uses

Small skid steers can typically move or lift up to 1,750 pounds and operate under 50 horsepower. These smaller skid steers are best known for their maneuverability. As a result, they are most commonly used for landscaping jobs or underground construction.

Medium skid steers can typically move or lift from 1,750pounds to 2,200 pounds and operate between 50 and 70 horsepower.

This is the most popular weight class among skid steers. These machines are used when a job may need a little extra power or a bigger bucket size.

They are also famous for enclosed spaces.

Large skid steers and move or lift more than 2,200 pounds and operate over 70 horsepower. Typically used for extremely heavy pallets or dumping dirt into trucks. Also, the most capable option if you plan to use the skid steer attachments.

The decision to purchase a CAT skid steer shouldn’t be taken lightly. It is a big investment with models ranging from $7500 – $65,000. Spend some time reviewing the models and prices to ensure you’re picking the best one for your needs. You may be interested in John Deere Skid Steer Costs.