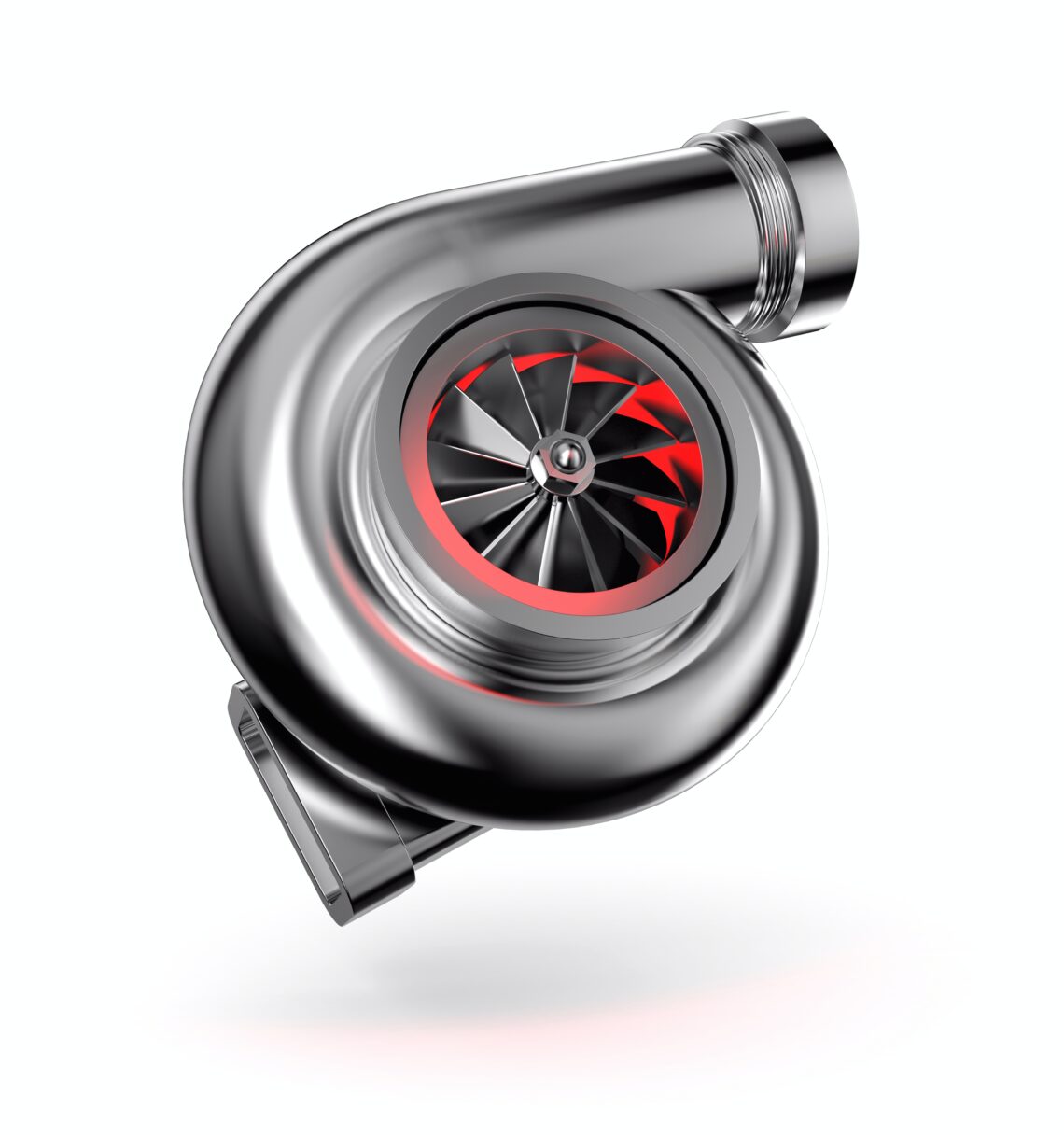 Labor cost to add turbo is significant since the upgrade is typically performed for performance rather than out of need.

That drives the average cost up to $4K or more to install premium turbo upgrades. Using low-end, aftermarket or used parts can reduce that figure drastically, bringing it down to an average of $2K for a turbo upgrade.

The total cost to install a turbo is determined like many other automobile services. It is based on the variable costs of parts and labor.

Both sides of the equation can be influenced by choosing to spend more or less on each.

Parts costs can be reduced by using aftermarket parts instead of OEM parts. And, in some cases like turbo, you can even opt for used parts to lower costs.

Labor can be manipulated by doing business with small shops and local mechanics instead of specialty shops and dealerships. But of course, there are pros and cons to both spending and saving that money.

A turbocharger (or turbo) increases power by forcefully adding airflow into the internal combustion chamber of an engine. This type of engine is more costly than a traditional engine.

And, they are most commonly found on trucks, sports cars, trains, aircraft, and construction equipment.

The average cost of turbocharged engines by make and model

There is a significant amount range in the labor requirements, costs, and parts for installing a turbo on different makes and models of vehicles. That variation makes it difficult to estimate costs.

We recommend shopping around with a variety of mechanics to get the best price. Here is an example of typical labor requirements and associated costs.

Using an average labor cost of $105 per hour, your labor costs will range from $238.50 to $1501.50.The total amount of time that it takes to install turbo ranges from 2.7 hours to 14.3 hours depending on the make and model of the vehicle (and engine design).

Can you install a turbo on your own?

Anyone with solid mechanical skills can do the job. However, it is not as simple as changing a seal or a sensor. Installing a turbo requires critical wiring.

It doesn’t take more than a few hours, but there is a potential for something to go wrong and damage the engine which will cost much more money in the long run.

When it comes to safeguarding the engine as a complete investment, is much more beneficial to hire a trained technician to do the work.

However, if you are confident in your skills, you can cut the labor cost completely out of the equation and install turbo for under $100 in parts and a few hours of your time.

How does a turbo work?

A turbocharger is essentially a pump that forces more air into the combustion chamber. More airflow increases efficiency in generating power which leads to enhanced performance and better fuel economy.

A good turbo can also reduce emissions, so while you are getting more performance out of your vehicle, you are also lessening your carbon footprint on the planet.

Turbo is mounted in the exhaust system. As exhaust gases exit the engine, it powers a turbine which turns a compressor. The compressor sucks in additional air and feeds it to the combustion chamber, increasing the airflow through the engine. As the engine operates, oil also passes through the turbo for lubrication.

Benefits of a turbocharged engine

The primary benefit of a turbocharged engine is the availability of more power resulting from increased airflow through the engine.

But in addition to that power, drivers also enjoy improved fuel economy that can save between $240 and $1,680 in fuel costs over the period of a year.

If an engine is built as a turbocharged engine originally, it is likely smaller and quieter than a standard engine. However, adding turbo aftermarket would not change the engine size so that is only a benefit for drivers buying new turbocharged engines.

What is the difference between a turbocharger and a supercharger?

If you are looking to add power, there are two terms that are frequently used: turbocharger and supercharger and are not exactly the same thing. Let’s take a look at the key differences so you can choose the right one.

A supercharger is a general term for a type of air compressor added to an engine to increase airflow. It works in a similar manner to a turbocharger.

But while a turbo capitalizes on “free” energy produced in the combustion process, a supercharger is a faster speed boost with no lag time. For drivers narrowly focused on performance, a supercharger has a clear advantage.

While turbochargers aren’t cheap, costing drivers between $1,000-$4,000 in parts and labor to install, they cost less than superchargers.

Superchargers also sound louder than turbochargers. For gearheads, that good engine rumble can be a big selling point. But for average drivers, a quiet and fuel-efficient motor is preferable. And finally, if fuel economy is what you are after, a turbocharger is a better bet.

How much horsepower can you add with a turbocharger?

Turbo helps the engine create more power by increasing airflow through the combustion chamber. You can achieve a boost of 40-110 additional horsepower by adding a turbocharger.

While turbos are most popular with sports and performance car drivers, they can be installed on virtually any aspirated engine that runs on gasoline or diesel fuel.

What you need to install a turbocharger on any engine

When adding a turbo to your engine, there are a few decisions that you will need to make. While price will play a big role in your decisions, here are some important things to think about.

The size and pitch of the compressor wheel, as well as the shape of the housing, determine the maximum airflow that the turbo can produce. A smaller compressor operates more efficiently at lower rpm and a bigger compressor is better at higher rpm.

But it’s a fine line because a compressor that is too large will create more lag, decreasing the noticeable speed boost that the turbo can provide.

In an effective turbo system, the air compressor and turbine work together. That means that you will need to choose a turbine that is large enough to spin the compressor without being too large and creating more lag time.

As a general rule, try to pick the smallest wheel diameter that will achieve your horsepower goal.

Now, with all of the variables in the size and speed of compressors and turbines, it is possible to feed the engine more than it can handle.

If you exceed the engine’s octane rating, you create overboost and decrease efficiency (and power). The flow is controlled using wastegates and valves.

Most factory turbos have a wastegate built-in but don’t overlook this important component if you are building your own.

The rapid compression that occurs with a turbocharger produces a lot of additional heat. This heat can damage the engine unless an additional cooling mechanism is addressed.

This was a problem with early factory turbo kits. More modern kits should include an intercooler which helps disperse the additional heat build-up.

In addition to elevated temperatures, you will also need to modify fuel flow because more power takes more air and fuel to achieve.

A fuel-injected engine is the best choice, but if you are already running a carbureted engine, some additional modifications may be necessary.

And finally, once you have addressed all of these considerations, it is time to start shopping. There are plenty of factory turbos and factory kits that can get the job done.

But in comparison to what a skilled mechanic can build on their own, factory turbos are comparatively small.

While those looking to build a completely custom system can take advantage of a part-by-part purchase. By comparison, it is almost always cheaper to build your own turbo kit by part. But it is a lot more detailed and stressful. Most drivers are happy to pay the kit price to save themselves the trouble.

Turbo engines have specific problems that standard engines don’t face because of the modifications. While it is a worthwhile trade-off for some drivers, it is an unnecessary headache for many.

As the push for better fuel economy hits the mainstream, we are seeing more turbocharged engines in standard models. But is that necessarily a good thing when it comes to the cost of maintaining these engines?

The first thing that you need to know is that adding a turbo aftermarket to a smaller engine will make it work harder than it was intended to.

This will lead to more overall maintenance needs and a potentially shorter lifespan. It is hard to put a dollar amount on it, but it is reasonable to guess that this would increase maintenance costs by $300-$600 per year.

Turbos are also known to consume a lot of oil, which can lead to dwindling levels and less lubrication. You will need to keep a close eye on your levels or risk extra wear and tear on your engine.

While a turbocharged engine is considered reliable, they don’t do as well at higher mileages. As components like cylinder walls and piston rings begin to wear out, the engine is more susceptible to catastrophic failure.

The average cost to install a turbo as an aftermarket modification to a car or truck is between $1000-$4000 for most models.

There are some outliers, like the Chevrolet Silverado pickup truck which requires a significant amount of labor to make the modification and easily tops $4,000.

Building a DIY turbo kit or installing a factory kit on your own are still the best ways to lower the cost, but are tedious endeavors.

Excellent mechanical skills and a good familiarity with turbos are required to complete the job. For most drivers, it is best to leave the work up to a qualified mechanic.

A turbo engine is good for speed and performance, but it presents a unique set of challenges for long-term maintenance and tends to fail more frequently as the mileage on the engine increases.