How Much Does It Cost To Sandblast A Car? 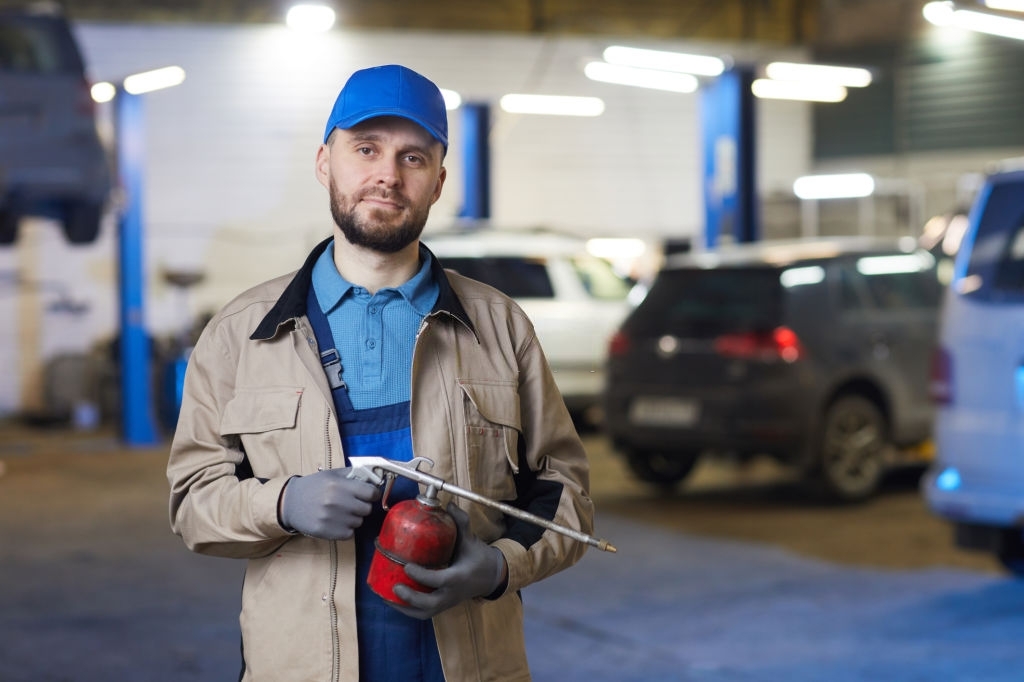 Sandblasting is also known as abrasive blasting or media blasting and is used to treat surfaces. In cars, it is usually employed to remove contaminants like rust or to change the texture and shape of the surface material.

Generally, the cost of sandblasting a car is going to vary from job to job. The range will be between $100 and $1500.

The price will vary depending on the amount of surface to cover, the time spent on the job, and the car brand and age. Classic and luxury cars will be at the high end of the sandblast budget.

If you’d like to get your car sandblasted, let’s take a look at the prices you might invest in this process.

Sandblasting is a type of abrasive or media blasting. This is a technique that uses a high-propulsion jet of abrasive materials like sand or glass to finish a surface.

It is used in cars to shape the surface material before the workpiece is completed. The cost of sandblasting a car depends primarily on the number of items that need to be treated.

All prices given for car sandblasting are estimates. You will have to go to a professional for an exact figure, but this can give you some insight into what to expect paying.

Most sandblasting is treated as a project and has its own pricing. Some will include the labor hours in the quoted price, but you should always make sure before committing. 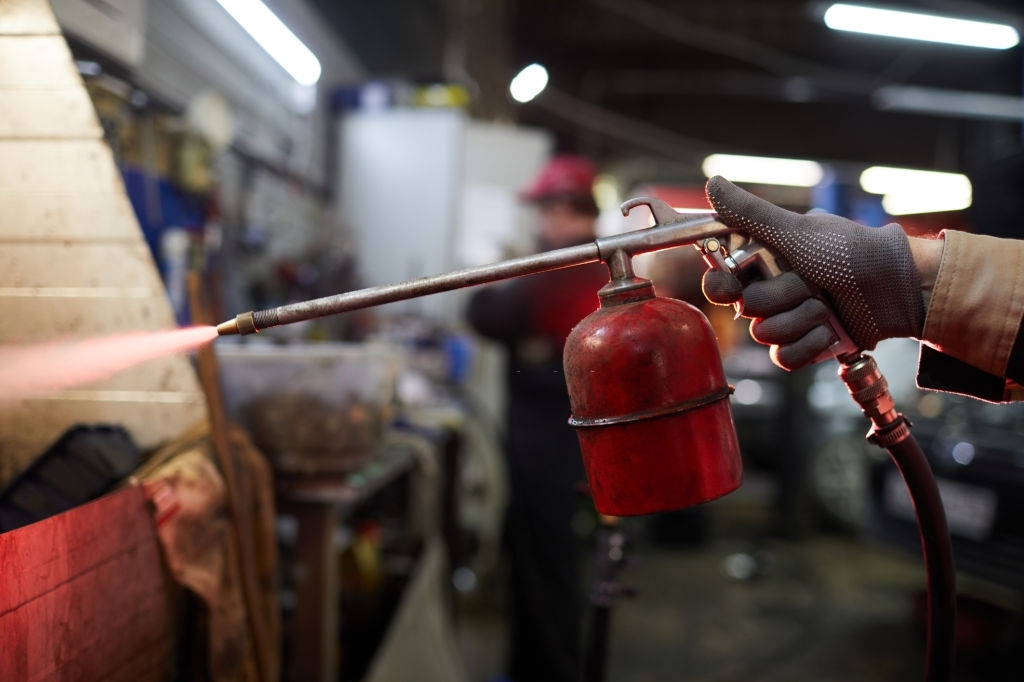 What Impacts the Cost of Sandblasting a Car?

The cost to sandblast a car will be decided by the amount of media that will need to be employed during the process, as well as the time it will take to complete it. Numerous factors will influence the final price.

The surface area will be one of the most decisive attributes, as it will directly impact the time spent on the project. The more surface area there is to cover, the more the price will reflect that.

The condition of the surface will also influence the cost. If there is a significant amount of rust, for example, that will need to be dealt with during the sandblast.

Undercoats will also take some extra time to be removed, which will increase the cost, as will powder coating.

You will face increased costs if there will be multiple angles or several surfaces involved in the same project. Sandblasting can only be done on one angle at a time, so anything more complex than that will result in more hours spent on the process.

How to Save on the Cost to Sandblast a Car?

If you’d like to save some money on the final cost of sandblasting a car, there are several things you can do before bringing your car in to receive this service.

First, make sure to clean the surfaces that will be treated, especially if they have incrusted dirt or grease on them.

Then, to ensure straightforward access to the surface that needs sandblasting, you should disassemble it as much as possible.

Removing extraneous elements from around the surface will save time and make sure that specialists can immediately tend to the surface.

Ideally, you should present the surface to the specialists without anything on it, such as stickers, decals, lines, or brackets. This will save time that would otherwise be spent on getting those off during surface prep.

Be aware that most specialists charge extra for luxury cars or surfaces made from fiberglass. Saving money on the process will involve knowing exactly what it entails and all the variables you can take advantage of to keep the cost as low as possible.

Can Sandblasting Be a DYI Project?

You should always prioritize taking your car to a specialist for sandblasting. However, if you consider that you have enough knowledge and the right tools for the job, you can try doing it yourself to save on costs and to have an exciting project.

You should only attempt this if you are fully confident in your expertise. Sandblasting can cause big problems when inappropriately used, and that will cost you extra in bodywork repairs.

Is Sandblasting a Car a Good Idea?

Sandblasting is an effective process that can be used safely even on older cars and classic models. It is also safe for those performing the process if security measures are in place.

While the name sandblasting continues to remain in practice, sand is very rarely used as an abrasive due to the many health risks that silica can carry.

Instead, glass beads or plastic will be used to treat the surface, which will have the same effects without as many risks. The use of silica in media blasting has been banned in Europe for decades, and its use has been in decline worldwide ever since.

You should always go to trained professionals to get media blasting on your surfaces. You will get the results you expect from experts in the field, and they will do it safely.

How Long Does It Take to Sandblast a Car?

The process of fully sandblasting a car surface will take approximately two days of work. This timeline can increase or decrease depending on the type of car and the amount of blasting that will need to happen.

A truck will usually take longer. The smaller the surface that needs to be treated, the less time it will take to complete the project.

Experts with the right tools will have the quickest process, which is another reason why you should always go to specialists when it comes to work like this.

How Does Sandblasting Work?

Sandblasting, or media blasting uses finely ground abrasives like glass beads or plastic particles to clean or finish a surface. The abrasives are fired at the surface with a high-impact air-powered pressurized gun. There are three types of sandblasters:

The most commercially used for cars and also the easiest type of blaster to handle. They are usually more expensive than the other types and involve costlier replacement parts, but they are the most practical and they use a system similar to aerosol cans.

This type of blaster uses gravity and airflow to carry the abrasive material from the gun to the surface.

A convenient type of blaster is typically used to treat larger surfaces. It uses a suction system, and its main advantage is that the abrasives can be reused even after they’ve been shot at the surface.

Pros and Cons of Sandblasting

Sandblasting comes with a series of pros and cons that you should consider before signing up for the project.

The main disadvantage is that it should only be done by someone with expertise in handling this method. While this will get you the desired result, it doesn’t allow you to cut many corners for the budget

Sandblasting can easily warp car metal if used inappropriately, so always research the specialists you are considering for the job.

Understanding how to get the best results out of this method will ensure the final look of the project, especially as this is a highly abrasive technique no matter what media is used for it.

The main advantage of sandblasting is that it effectively removes all contaminants from a car’s surface. It can even get grease off easily, which means you wouldn’t have to spend as much time cleaning the car before bringing it to the specialists.

It is a highly efficient way of removing rust, especially from older cars and big restoration projects.

Sandblasting continues to be used by most specialists, even if they use abrasives other than sand. Nevertheless, new techniques of media blasting have been consistently emerging through the years, with two new popular contenders that are preferred by specialists worldwide.

This type of media blasting uses an abrasive that may come as a surprise: the always versatile baking soda, also known as sodium bicarbonate. Soda blasting’s main advantage is that it provides a milder form of abrasion, which is particularly suited to surfaces that can’t take too much impact.

Soda blasting is similar to sandblasting but more gentle on the surface. It is more effective on surfaces made from chrome, plastic, or even wood, but it can also work on metal.

This type of media blasting is extremely similar to traditional sandblasting, but it includes the use of water to create a wet effect. Most times, it also has a rust inhibitor to make the job easier.

The best media blasting to use will depend on the surface being worked on and the desired outcome. All three of the aforementioned types have their uses. Soda baking is the mildest of the three, but also the least toxic.

The cost to sandblast a car is usually between $100 and $1500. The project’s final price will be determined by the amount of work that needs to be done. The time spent on completing the job will also have a say.