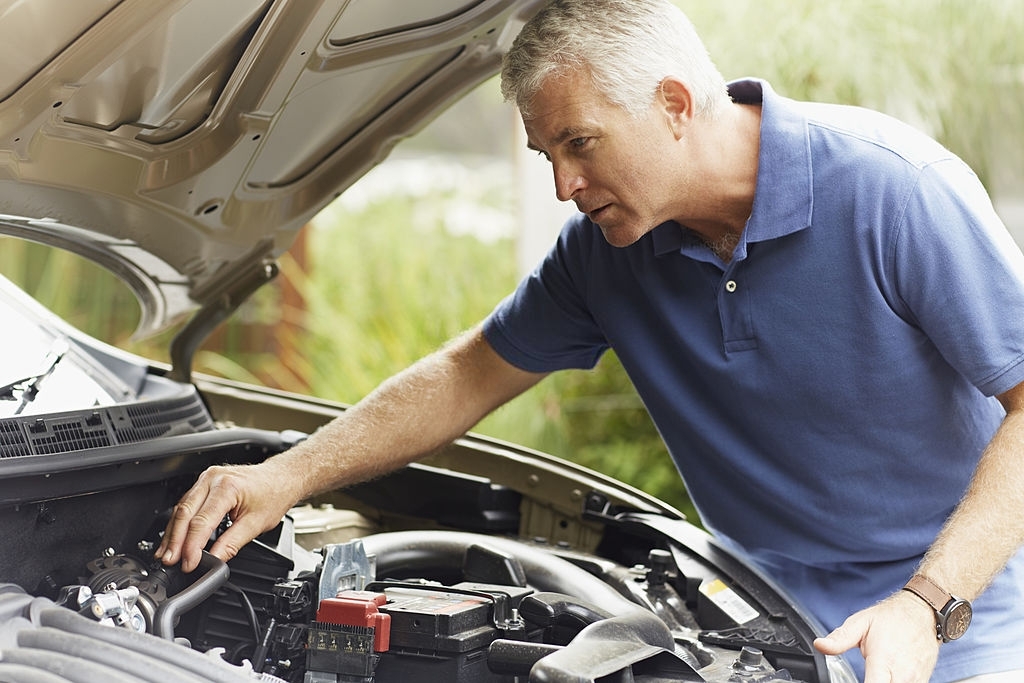 At the end of the day, a Ford Mustang hood will always be more valuable than a Ford Fiesta hood. With labor provided by a collision center or dealership, expect to pay $700 – $1500 for the parts and labor.

The hood of a car can be made from different materials which is one of the factors that affect the cost of the part. The most common hoods are made from steel, fiberglass, or carbon fiber.

The purpose of the car hood is to enclose the powertrain components to protect them from the elements like rain, wind, and debris.

Steel is the go-to for inexpensive durability, but it is heavy and with enough force, it does dent. In the last 20 years, many car manufacturers have moved towards fiberglass hoods which are lightweight and a little more resilient to impact dents.

But the drawback to fiberglass is that it is not as durable as a metal. In comparison to both of these, carbon fiber is five times stronger than steel while being lightweight like fiberglass.

Many people think that carbon fiber is a superior material for car hoods, but the downside is that it is more expensive than steel or fiberglass. The cost of parts and labor to install isn’t the only factor in the total price tag when replacing a hood.

There may be restorative work needed and you will likely need to paint the hood to match your car. Most parts like hoods are sold with a primer finish and require painting.

The year of the car, material, and manufacturer will influence the price. All prices are based on primer-only, paint-ready parts.

Cost to Paint a car hood

The average cost to professionally paint a car hood is between $300 – $500. If you want to try and tackle the paint job yourself, you will need one quart of base coat and one quart of clear coat.

Automotive paint costs between $20 – $50 per quart. It is always worth paying a little more for paint because the price usually indicates how many coats (how much paint) you will need.

High-end paint covers well in one coat while cheaper options take two or three coats. At the end of the day, you spend the same amount of money either way. You will also need a spray gun that can be purchased for as little as $39.99 or as much as $199.99.

Small Parts on a Car Hood

If you are considering replacing your car hood because of a faulty latch or release cable, it may be possible to save a lot of money and replace the affected part only.

In most cases, a complete hood replacement is only needed if the existing hood is damaged or rusted to the point of compromising its integrity. The average cost of replacing a hood release cable is $156 – $182 including parts and labor.

A hood latch will cost $95 – $350. And hinges can cost as little as $2 apiece. In many cases, a car hood can be repaired. However, the more severe the damage is the more likely it is more cost-effective to replace the hood.

What Are the Options for Hood Repair

Generally speaking, a car hood is prone to getting dents and chips in the paint. Most of the time, these small signs of wear do not cause replacing of the hood.

Small dents from rocks or hail damage can typically be repaired for $75 – $125 using paintless dent removal. The same technique for collision repair that is more extensive can cost between $150 – $450 depending on the amount of damage.

When you get into this range, it is easy to see where it becomes a toss-up between the cost of repairing and replacing the hood. If you have spent years parking your car under a tree or live near the coast where a lot of corrosive salt blows in the air, you might be dealing with untimely rusting that is driving your decision to replace the hood.

In severe cases, rust does compromise the integrity of a steel hood. But if you catch it fairly early, there is a good chance you can spot and repair the rust with cost-effective options that do not require replacing the hood.

For small spots that are one to three inches in diameter, you may be able to get rust repair for as little as $50 to $100 per spot. For larger, more extensive rust damage you can expect to pay $250 – $2,5000 for restoration work.

When the rust becomes extensive, it becomes much less cost-effective compared to the cost of replacing the hood. Unless you are working with a classic car where parts are hard to come by and the value of restoring the car is high, it is probably not worth the expense.

The Bottom Line on the Cost to Replace a Car Hood

For most car owners, collision damage or hail damage are the most common reasons to replace the hood of a car. Small things like a faulty latch, small dents, and even small rust spots can be effectively repaired without replacing the hood.

However, as the damage becomes more extensive and the cost of repair goes up, there becomes a point where it is cheaper to replace the hood. The least costly way to replace a car hood is to use secondhand salvaged parts from a junkyard. But it can sometimes be hard to find the right model.

Collision shops and dealerships will never go this route, They will also look to use OEM replacement parts that will cost a little more, often between $250 and $500.

Whatever direction you decide to go, consider the cost of parts, paint, and installation. By the time it is all said and done, a $200 hood can cost $600 – $900 to replace. You may be interested in our guide on spoiler installation costs.