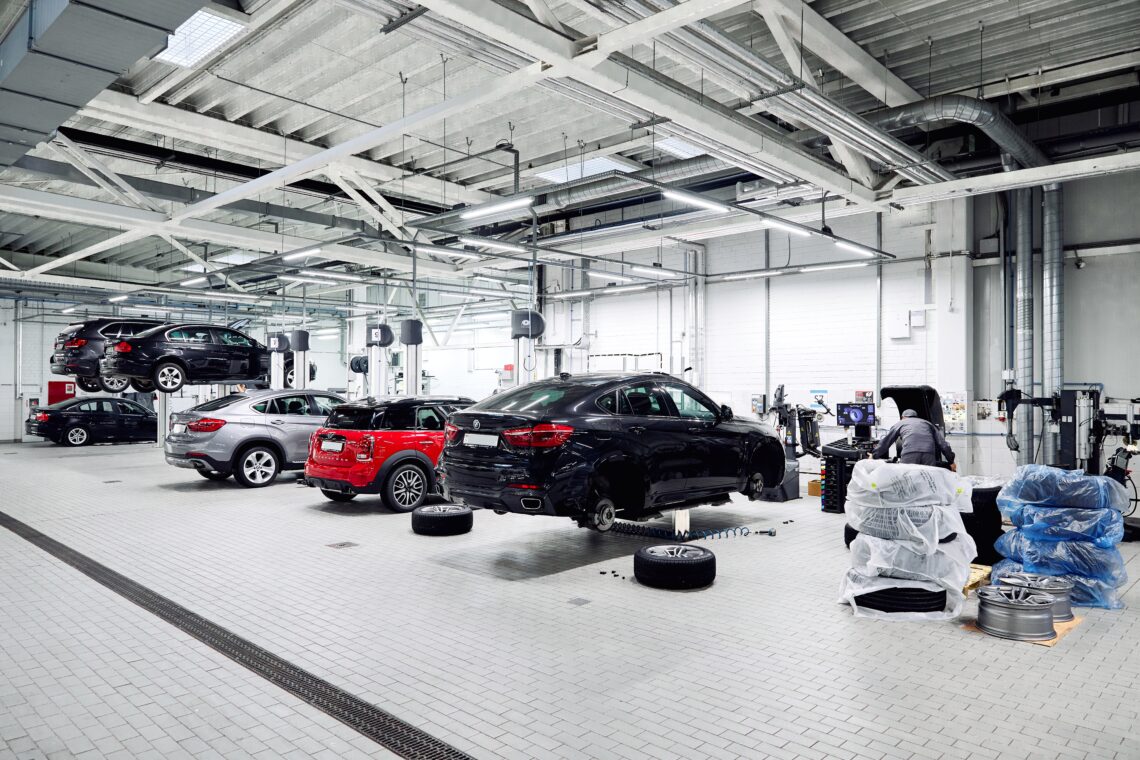 BMWs are one of the most popular luxury car brands. Like any car though BMWs suffer from wear and tear over time. The windshield is one of the most important parts of the car and gives you a clean line of vision for the road.

If your BMW windshield is broken, you need to get it repaired as quickly as possible.

Overall, you can expect to pay around $300 to replace a BMW windshield. The exact costs fluctuate between $300 to $800.

Some newer models may fluctuate up to $1000 or higher for windshield replacement.

BMW windshields differ depending on the year and model of the car. So we put together this comprehensive guide on the costs of replacing a BMW windshield.

We will cover windshield repairs for various BMW models and talk about factors that affect the cost of replacing your windshield.

Overall, you can expect to pay an average of $400 to replace the windshield of your BMW. Some models may only cost around $200 to fix while other models may cost $800+.

The exact price depends heavily on which specific BMW you have, how old it is, and whether the windshield has advanced tech (e.g, HUD, rain sensors, etc.) built into it.

Below is a table with the average cost to replace a windshield for various popular BMW models.

As you can see, the average cost for windshield replacement for most popular BMW models is between $400 to $600. Keep in mind that these prices are just average and the actual costs may differ depending on your car’s age and your mechanic’s location.

Generally speaking, it costs more to replace the windshield of a new model than an old model.

Many people don’t realize it, but you do not have to buy a completely new windshield for the replacement. You can buy a used windshield from a salvage yard and save money.

Salvage yards typically have old cars that may have their windshields intact.

You can pick up a used windshield from a salvage yard for around $100, potentially less. Salvage yards are usually very willing to sell car parts before crushing them so you can most likely find a few available windshields if you are strapped for cash.

The main downside of buying a used windshield is you can’t necessarily guarantee its safety. The windshield might have problems you can’t see.

Also, if you install a used windshield, it may void any warranty you have. Some warranties only cover repairs using OEM parts. Make sure to double-check your car’s warranty before installing any used parts.

Like most car issues, broken windshields are rarely present alone. Most of the time, when you replace your windshield, you will also replace a few other things.

Generally speaking, you also need to get new wipers when you replace a windshield. Unless your windshield is an OEM piece, you will probably need new wipers that fit the windshield.

You can buy a set of replacement wipers for most BMW models for an average of $100.

Depending on the extent of the windshield damage, you may also have to replace your wiper motor. Wiper motors for most BMW models cost between $$100 to $200 for the parts and an additional $100 for the installation.

Mant modern BMW models have built-in rain sensors that automatically turn the wipers on when it is raining. Generally, it would be best if you got these sensors replaced when you get a new windshield.

Overall, a new BMW rain sensor will cost about $40 for the parts, and another $80 for installation.

Lastly, you will also have to replace the water stripping, which helps hold the windshield in place and forms a seal that keeps water and air out.

Waterstripping repair is cheap and your mechanic will probably include it in the price of your windshield replacement.

How Often Should I Replace My Windshield?

Generally speaking, most windshields can last the entire lifespan of your car if cleaned and maintained properly. Your windshield can survive a few small cracks, but every crack will significantly harm its integrity.

If you have more than 3 separate cracks in your windshield or any more than 4 inches long, you should consider replacing them.

The last thing you want is for your windshield to shatter while you are in the middle of driving.

Most of the time, if you damage your windshield you will have to get a replacement. However, there are some cases where you can repair a windshield rather than fully replace it.

If only the outer layer of glass is damaged or the crack is small enough, you can repair the damage without replacing the entire windshield.

Generally speaking, it is much cheaper to repair a windshield than replace one. You can repair a BMW windshield for between $70 to $150 for labor costs. The price will be higher depending on how much damage there is.

So if you are considering getting windshield work, see if you can get less expensive repairs before deciding to entirely replace the windshield. Repairs can greatly improve and extend the life of your windshield.

How much does it cost to replace a BMW windshield?

You can expect to pay around $400 on average to replace a BMW windshield. Depending on the model, you could pay as little as $200 for replacement or up to $800 or higher.

How often should I replace my BMW windshield?

If you clean it and avoid damage, then your windshield can theoretically last the entire lifespan of your care. However, most people have to repair or replace the windshield at some point in their car’s lifespan.

Which BMW model is the cheapest to maintain?

The 3 Series of BMW cars are probably the cheapest to maintain. However, BMWs, in general, are much more expensive to maintain than several other brands of cars such as Toyota, Honda, or Chevrolet.

Is it cheaper to repair or replace a BMW windshield?

If the cracks are too deep and are too large, then you will have to replace the windshield.

Can I buy a used windshield for a BMW?

Windshields are an important part of your car, so if you have any problems, you need to get it fixed as quickly as possible. Generally speaking, BMW windshields are more expensive to repair than most other car models.

But even among BMWs, some models are cheaper to repair than others. When shopping around for a new windshield for a BMW.

Make sure you carefully consider your options and get several quotes from mechanics to get the best deal. You may be interested in our guide on Windshield Washer Reservoir Replacement Cost