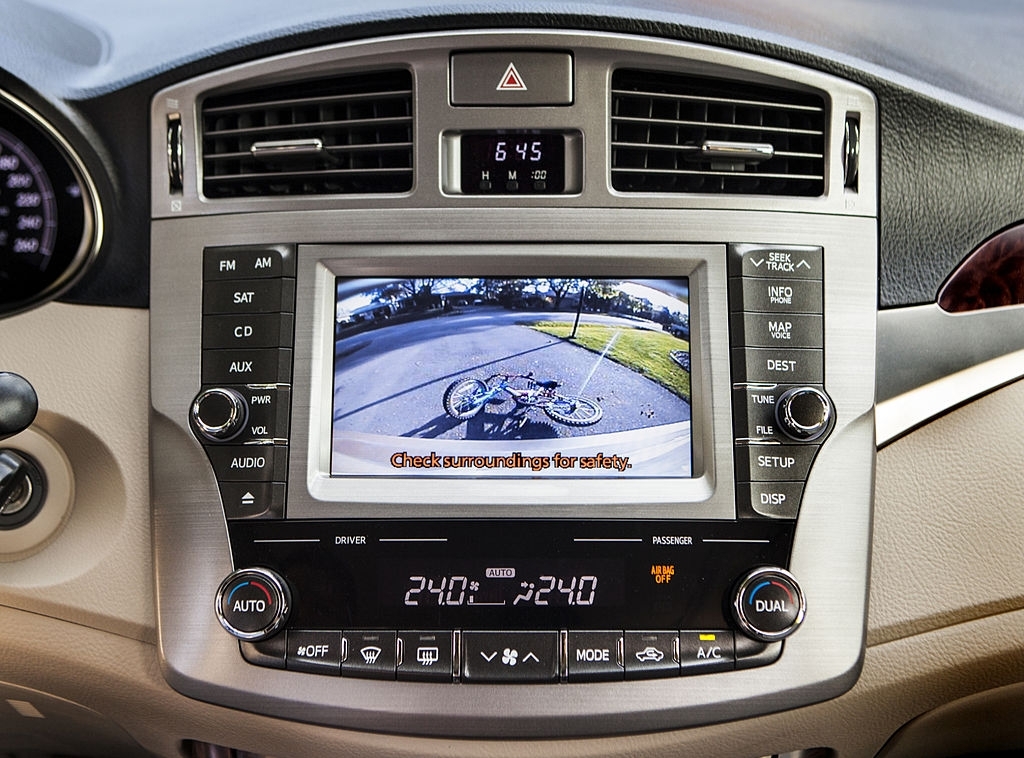 Backup cameras for cars have existed for a long time, and several higher-end models have featured the technology for at least a decade. However, the NHTSA passed a new law in 2019 that requires all newly manufactured cars to have a backup camera.

But, even if your current car does not have a backup camera, you can install one. There are plenty of DIY solutions or you can pay a mechanic to complete the job.

Overall, you can expect to pay about $500 for a professional to install a backup camera. You can find backup camera kits for anywhere between $50 to $200.

Also, if your car doesn’t have a video screen, you will have to pay an additional $100 to $200 to install one.

There are a lot of factors that determine backup camera installation costs. So we put together this comprehensive article on the costs of installing a backup camera. We will cover the cost for various models of cars and also talk about some standalone backup camera kits.

The typical car owner can expect to pay approximately $500 to install a new backup camera. The typical range is between $200 on the low end and up to $800 on the high end.

Generally speaking, if your car already has a backup camera, it will cost less to install a new one because the mounting and wiring are already there.

As you can see, most car cameras are on the lower end. Consumer-brand models like Honda typically cost less than luxury brands. As we said, modern models of these brands are legally required to have a backup camera.

Instead of going to a mechanic, you can also buy a DIY camera kit and install it yourself. DIY kits are often much cheaper and work just as well as a professionally installed camera.

A typical DIY camera kit costs anywhere between $50 on the low end up to $200 on the higher end. HD cameras with extra features like night vision will cost upwards of $300+

Keep in mind that there are two major kinds of camera kits: wired and wireless. Wireless kits are normally more expensive but cut out any wire installation. However, wireless cameras may also lose their signal periodically.

Here is a quick list of the average costs for popular models of wired backup camera kits.

Wired cameras are usually cheaper, but there are some models that can get pretty pricey. You can find a decent wired model for approximately $100.

Another option is wireless cameras. Wireless backup cameras use dedicated wireless channels that won’t interfere with other wireless signals like Bluetooth from your phone. Wireless cameras are also much easier to install as you don’t have to word about connecting wires.

As you can see, most wireless backup cameras fall in the $100 to $200 range, however, you can find models for below $100 if you are strapped for cash. Wireless models are often superior in quality, but you may experience connectivity issues.

How to Install a Backup Camera for Your Car

Fortunately, installing a backup camera is a relatively simple project that most people can handle on their own. Here is a quick step-by-step guide on how to install a backup camera for your car.

First though, a quick list of the tools you will need.

The first part of the process is mounting the new camera. First, turn off your battery terminals and remove the license plate on the back of your car.

Mark the spot where you want the camera, making sure to miss any bundles of wires or trim pieces that can be damaged. Next, drill a small hole in the spot to hold the camera wires and grommet.

Add the grommet, making sure it is secure against the sides of the holes. Feed the wires through the metal edges and attach the actual camera unit to the wiring.

Next, it’s time to install all the necessary wiring. Connect the included wire cluster to the main camera wire and identify a suitable power source for the camera.

Most of the time, you can attach the camera wires to the license plate light or reverse lights. You can connect the wire connectors or solder the connection if you have the right tools.

Also, make sure that you attach the reverse signal wire to a power source that is active when the car is put in reverse.

Regardless of which kind of monitor you have, identify and connect the power, video, and signal wires. Most of the time, you can plug the display power cord into the car’s fuse box.

If that solution does not work, then you can often attach power wires to the stereo wiring. Again, make sure that you connect negative to negative ends and positive to positive.

Now that you have the camera and display connected, it’s time to test everything to make sure it is working. Reconnect the battery terminals and start your car. Put your car in reverse, and the camera should turn on.

If it does not, double-check to make sure you correctly connected the reverse signal wire.

How much does it cost to install a backup camera on a car?

It costs approximately $500 to buy and install a mid-grade backup camera with 720p resolution. This cost includes installation costs as well as the cost of a video screen for your dashboard.

You can buy a DIY backup camera installation kit for anywhere between $50 to $200 for a camera and video screen.

Can I DIY install a backup camera?

Yes, you can buy a DIY backup camera installation kit. Generally speaking, you only need a screwdriver to install a camera. If it has a separate trim or bumper cover, you may need a drill to create holes.

Additionally, some kits may come with more than one camera so you will need mounts for each one.

Do I need a backup camera on my car?

No, strictly speaking, you do not need a backup camera for your car. However, a new federal law requires that all new cars made after 2019 must have a backup camera and video display.

Several higher-end and luxury models already have backup cameras, but not absolutely all cars, even the cheapest ones on the market, now have to have a backup camera.

How powerful are backup cameras?

As you might expect, HD cameras will cost more.

What’s the difference between a backup camera and a rear-view camera?

Many people use the terms “backup” and “rear-view” cameras interchangeably, but they are different. Backup cameras are the ones that turn on when you put your car in reverse.

A rear-view camera is a camera that you can look in whenever you want to see what is behind you. Modern cars require a backup camera but they do not require a rear-view camera. So when shopping around for cameras, make sure that you get the right kind for your needs.

Do I have to put a video screen on my dashboard?

No. Many backup cameras have a touchscreen that you can mount on your dash, but you do not have to get these versions. There are backup cameras that have the camera feed mounted in rear view mirrors or have a separate screen that goes on top of your dashboard.

Should I buy a DIY camera kit or pay for professional installation?

You have both optional. Hiring a professional will ensure that the installation is connected properly and securely, but you can save a lot of money by buying a camera kit and installing it on your own.

Most of the time, you do not need any special tools to attach the camera and monitor, unless the monitor goes directly into the dashboard.

Backup cameras used to be a luxury addition to cars but are now standard in all new models made after 2019. A good backup camera will cost you around $500 for professional installation, but you can buy a DIY camera installation kit for $50 to $200.

Your options are between wired and wireless kits, with wired kits being the cheaper option of the two. Like any kind of car modification, make sure that you get quotes from several mechanics to get the best price. If you want to buy a DIY kit, make sure that you have the requisite tools you need for installation.