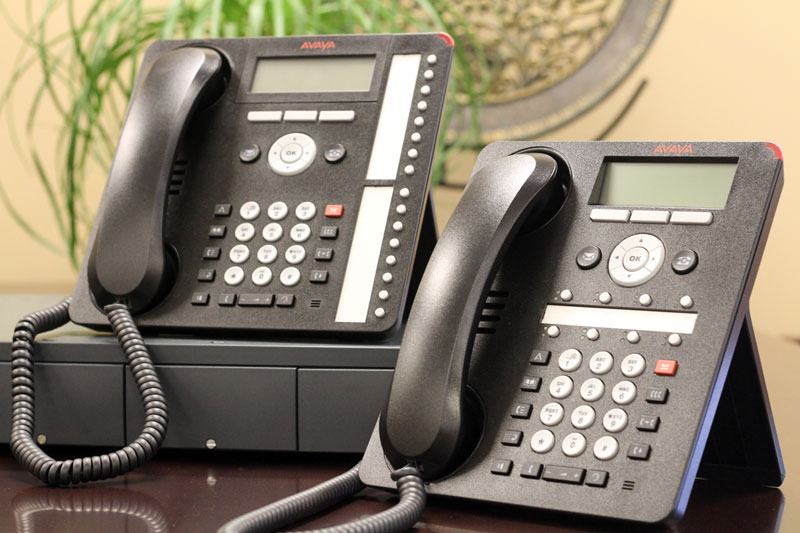 Avaya is used by 144 million people and 125,000 businesses (and counting) daily for their communication needs. This includes 90% of the largest companies in the United States (Source).

Avaya has a lot of VOIP options. So we put together this comprehensive guide on Avaya phone system costs. We will cover the different subscription plans for Avaya and also talk about Avaya’s self-hosted solutions and hardware costs.

How Much Does an Avaya Phone System Cost?

The Essentials is the lowest plan and allows up to 20 users. The plan offers

The Standard plan is the next subscription tier and completely removes the cap for users. You get everything in the Essentials plan, as well as:

The main draw of the premium plan is that you get access to dev tools, so you can customize your plan.

The Ultimate plan is the highest-tier subscription and provides everything included in the previous plans as well as detailed status reports, device status alerts, and unlimited storage for voicemail, recorded calls, in-house massages, and video conferences.

All other things being equal, the 9600 series is the most expensive line of phones while the 1100 series is usually the cheapest. Below is a table showing the average price for various Avaya-brand phones.

As you can see, the price of Avaya phones varies significantly in price. Keep in mind that you may not need to buy phones for all your employees so you can save costs by buying fewer phone sets.

There is also the option of purchasing used or refurbished phones. Used and refurbished models can save you up to 70% off the original cost of the phone.

Avaya also offers a self-hosted VOIP system if you do not want to buy their cloud-hosted service. The main difference is that the self-hosted system is run out of your office and you have control over hardware configurations.

Avaya does not offer transparent pricing for its self-hosted systems. But based on our research, you can expect to pay around $400 per user for a self-hosted solution. That is actually below the national average of $700 to $800 per user for competitor phone services.

The main disadvantages of a self-hosted phone system are the price and the fact that you don’t have Avaya running customer support for your network. But you have complete control over the system’s configuration. You can mix and match analog and digital equipment to create a custom self-hosted system.

Here is an example with some specific numbers attached so you understand Avaya costs.

Generally speaking, the larger your company, the less expensive per user your phone system will cost.

Are There Any Additional Costs?

These three plans offer unlimited nationwide incoming and outgoing calls. However, the starting rates for the plans do not include long-distance.

If your business operates out of the country, you can use a toll-free plan for $10/user per month that offers them 1,000 minutes of talking time. Over and above 1,000 minutes, each additional minute is $0.04.

It includes an impressive array of available devices, including desktop phones, conference phones, and video systems. Due to its cloud-based structure, Avaya IX is highly flexible allowing you to choose exactly what you need to purchase and when.

These phones offer power through ethernet and a duplex speakerphone. They’re also wall-mountable so you can save space.

The 9600 IP Deskphone includes features like calendar integration, wideband audio, and a color display. This option is also more accessible as it allows for hearing aids to be connected.

This line of phones offers the widest array of features. This includes WiFi and web configuration, as well as a second ethernet port. It’s also highly customizable and encrypted for maximum security.

Avaya is known for having world-class customer support. However, their support is tiered and will include additional monthly fees over and above existing service fees.

This allows you access to basic support, including remote technical support 24 hours a day, 7 days a week. It also entitles you and your employees to the Avaya Support site.

Avaya offers technology that proactively acts upon outages and is able to respond to disruptions up to 5 times faster than manually inputting a service issue. While this option offers you additional speed and consideration, it comes at an additional cost to the existing support system.

Remote or on-site Avaya staff are available to help integrate their platform into your business and train your employees on the technology. Avaya also offers client service managers that are dedicated to your account, as well as dedicated technicians available for installations and upgrades.

Avaya is one of the most well-known phone system companies in the country and offers scalable VOIP solutions for all businesses. Avaya plans start as low as $20 per user per month, so they are solidly in the middle of the pack in pricing when compared to competitors. You can also purchase an Avaya self-hosted system for between $300 to $500 per user.