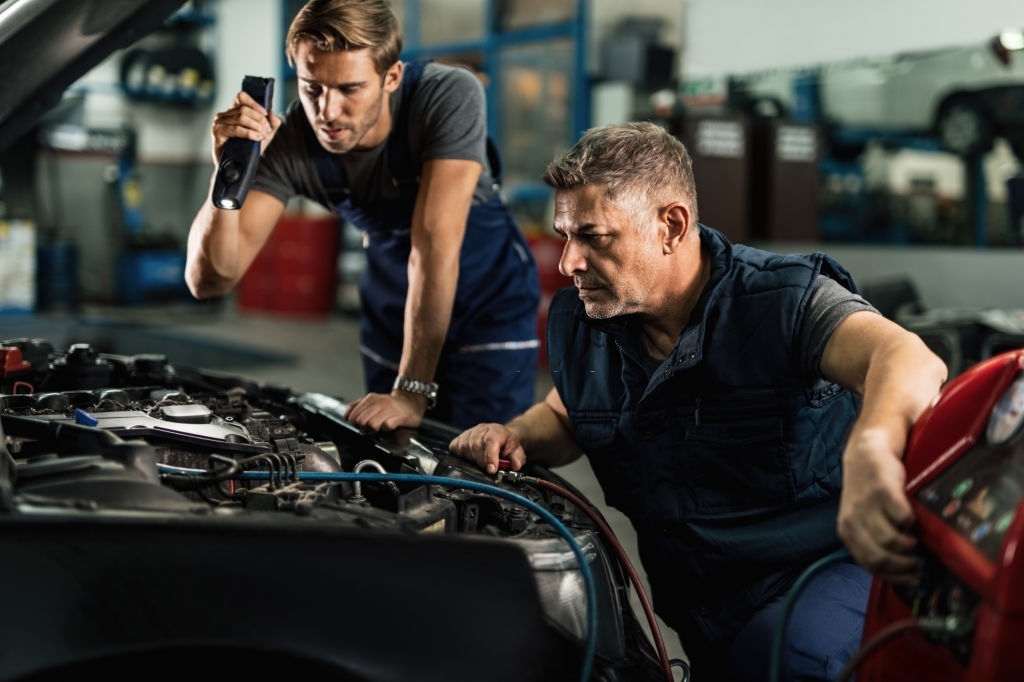 The average cost to replace an AC actuator in a vehicle is about $350. This cost is inclusive of the prices of both labor and parts, where labor costs an average of $220, and parts cost an average of $130.

Costs can fall above and below this average, though, depending on several factors related to the type of vehicle you own, your location, taxes, and others.

Below, we’ll explore the costs associated with this part replacement, including comparisons of prices among different makes and models of vehicles. We will also discuss lifetime costs associated and ways to save money on this auto job.

Read on to learn more about what affects the costs of replacing an HVAC blend door actuator.

The average cost of replacing an HVAC Blend Door Actuator can be broken down into the cost of parts and labor. If you replace this part on your own, you could cut down your overall costs by a few hundred dollars.

On the other hand, professional labor is always a good idea for a job well done, so if you take that route, your costs will be greater.

The cost of replacing this part with professional labor is going to vary depending on several factors. Namely, the make and model of the vehicle you own is going to affect the cost, as well as the year your vehicle was released on the market.

In the below table, we’ve gathered some average cost estimates for this parts replacement job for various types of vehicles from different years. The table should give a more comprehensive overview of the costs one might incur (parts plus labor) when replacing a vehicle’s HVAC blend door actuator.

These cost estimates are based on the three locations across the US where auto repair costs are the most, the least, and the average (California, Michigan, and Delaware respectively).

When we look at this data, we can see that older model years of the same vehicle tend to have generally lower costs associated. However, this is not always the case since sometimes an older vehicle makes it more difficult to acquire the correct part (low supply and high demand often translate to higher costs).

While the average cost of an HVAC blend door actuator replacement across the United States (covering various vehicle makes and models) is just a few hundred dollars, prices will vary.

A variety of factors will affect your personal cost of actuator replacement, including your location, the type of HVAC blend door actuator service being done, your vehicle’s model or submodel, and more.

The Type of Service Being Done

Costs can change depending on differences in services. For example, some models of vehicles need to have services to the air mixture blend door, the mode door, or the recirculation blend door.

For example, when we look at the costs associated with a 2008 Honda CR-V, we find that there are discrepancies in the costs of each of the above-mentioned services. For this particular model, the cost of servicing/replacing the air mixture blend door is an average of $188.

Not every vehicle model will have these discrepancies in cost, but for some vehicles, you may find that more than one repair or replacement is necessary.

The Submodel of Your Vehicle

Another factor that might affect the cost of an HVAC blend door actuator replacement is the particular vehicle submodel. Some vehicle models have submodels, and the cost of replacing parts may differ among the submodels.

For example, the cost of an HVAC blend door actuator replacement for a 2009 Cadillac Escalade Hybrid costs around $174. On the other hand, if you have the Platinum submodel of this Cadillac, your replacement cost is going to be closer to $152.

Another aspect of repair/replacement costs that can dramatically change is whether or not you won a standard or luxury vehicle. Luxury vehicles, as a rule of thumb, tend to be more expensive in almost every way, shape, and form.

For example, as you can see in the above table, the cost of replacing an HVAC blend door actuator for a Lexus (regardless of the model year) is upwards of $1,000, while it’s just a few hundred dollars (and sometimes even less) to do the same job to a Honda vehicle.

Location is another big factor affecting the cost of auto repairs and part replacements. In fact, it’s probably one of the most influential factors affecting how much an individual will pay to have a part replaced in their vehicle.

This is because the cost of supply and demand, as well as certain taxes, vary greatly in different states and cities across the United States.

As mentioned in the table data, states like California consistently present the highest costs of auto labor for general repairs. On the other hand, states like Michigan have the lowest costs, and states like Delaware have more average costs representing national averages.

However, after gathering our data representing the average costs of replacing HVAC blend door actuators in different US locations, we found some discrepancies.

Difference in Cost of Parts vs. Labor

Depending on the make, model, and year of your vehicle, the difference in cost of parts vs. labor may change. For example, when replacing an HVAC blend door actuator in a 2008 Honda CR-V, the cost of parts makes up over 60% of the total cost.

On the other hand, this replacement job for a 2020 Honda CR-V has parts costing less than labor (only around 40% of the total price of the job).

Further, for some vehicle models, you may find an even bigger difference in the cost of parts and labor. In the case that for your vehicle, labor costs much more than parts, it may be cost-effective to try and do the replacement on your own.

In this case, you could save a great deal of money on labor and only have to pay for the parts.

One thing to note about replacing a vehicle part is that you may have to do it more than once in your car’s lifespan. For example, replacing windshield wipers may happen more frequently than you would think, since it’s an essential form of maintenance, and the part only lasts so long.

When it comes to an HVAC blend door actuator, though, the lifetime costs may vary. Some vehicles aren’t manufactured well, which means that this part may fail often. However, in other vehicles, this part may be well-made and last a long time.

One thing you can expect, however, is that an older vehicle model is more likely to have the HVAC blend door actuator fail than a newer model. This is simply due to wear and tear over time.

Most vehicle owners will likely have to replace this part at least once in the vehicle’s lifespan.

Overall, the cost of replacing a vehicle’s HVAC blend door actuator is going to vary based on factors such as location, type of vehicle, age of vehicle, service factors, and more.

In general, though, the average cost of this part replacement in the US is about $350, where parts take up about $130 of that cost, and labor takes up about $220 of that cost. You may have to replace this part more than once in the time you own a vehicle, which may affect associated lifetime costs.